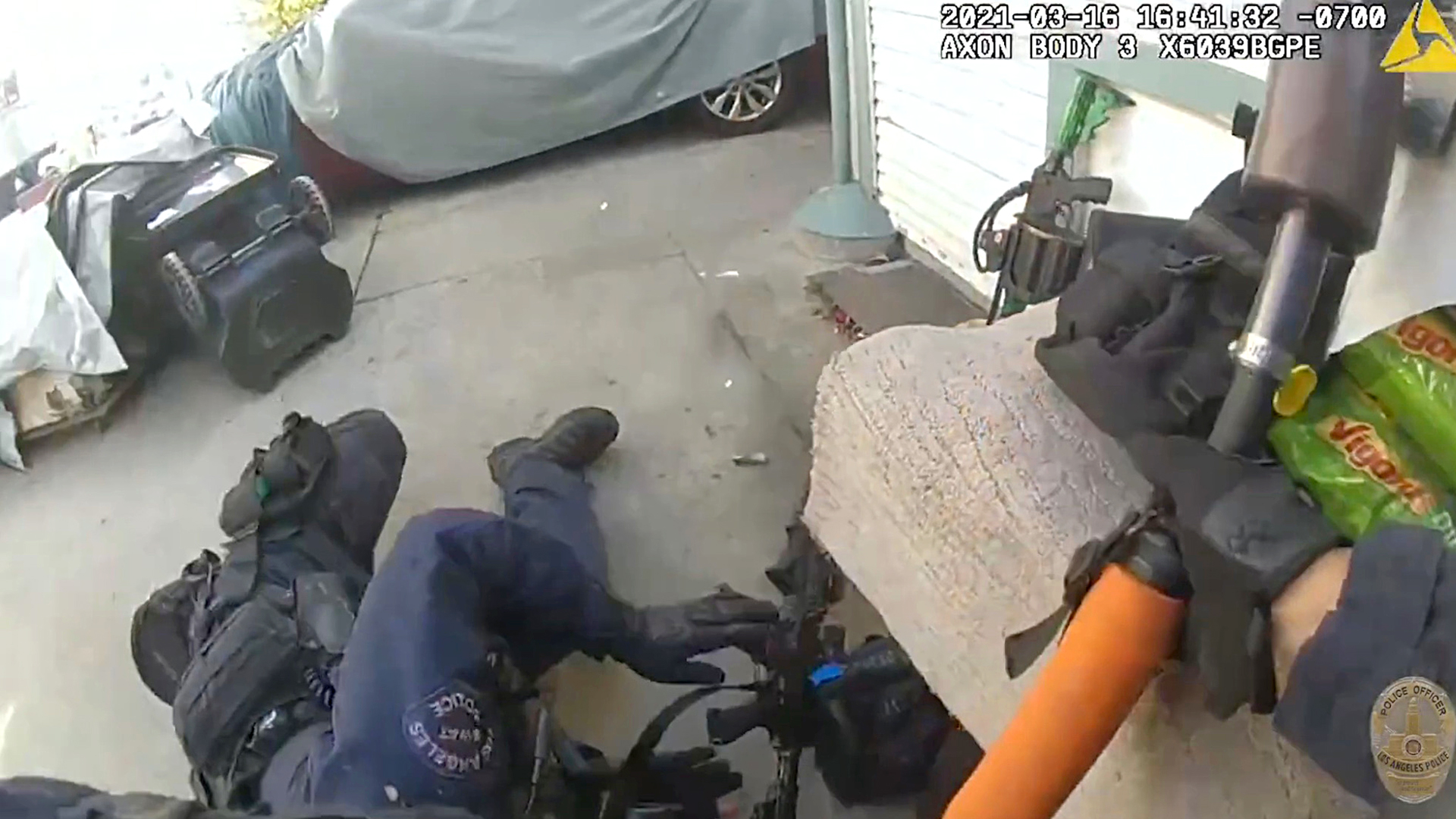 SWAT officer fell on the ground after being shot by the suspect in Los Angeles, California. (Los Angeles Police Department/Newsflash)

CALIFORNIA CITY, Calif. — An officer from the Los Angeles Police Department, Special Weapons and Tactics team was shot by a gunman on drugs who barricaded himself inside a home on March 16.

The officer-involved shooting took place in Los Angeles, California at around 12.15 PM.

“The officers learned that the suspect, later identified as 36-year-old George Cerda, was armed, believed to be under the influence of narcotics, and had discharged a weapon.”

The police said the suspect barricaded himself inside a home, and a Special Weapons and Tactics team was sent to the scene to assist.

“After the Crisis Negotiation Team declared an impasse, gas was deployed into the home. As this occurred, the suspect fired, striking one SWAT officer twice,” said the police. “The suspect then exited the residence armed with a shotgun resulting in an Officer-Involved Shooting.”

Cerda was also struck by gunfire, and the Los Angeles Fire Department later confirmed that he died at the scene.

Meanwhile, the wounded officer was taken to a nearby hospital, where he is said to be in a stable condition.

“A shotgun and pistol were recovered at the scene and booked as evidence. No other officers or bystanders were injured during this incident,” said the police.

Officers of the Force Investigation Division arrived on the scene and quizzed witnesses while supervising the collection of forensic evidence.

The police added that the shooting is under investigation by the Chief of Police, the Board of Police Commissioners, and the Office of the Inspector General to determine if the use of deadly force was carried out in accordance with the law.

“During the 20th century, both intentional and unintentional occupational police mortality rates were significantly greater in New York,” states the study. “These differences are likely from several socioeconomic, cultural, and occupational factors. The declines in police deaths in New York during the latter part of the 20th century indicate that at least some measures taken by the New York Police Department have been successful at significantly reducing the incidence of both intentional and unintentional police deaths.”