Sacred site – once Ayers Rock – turned into an astonishing waterfall by heavy storms. 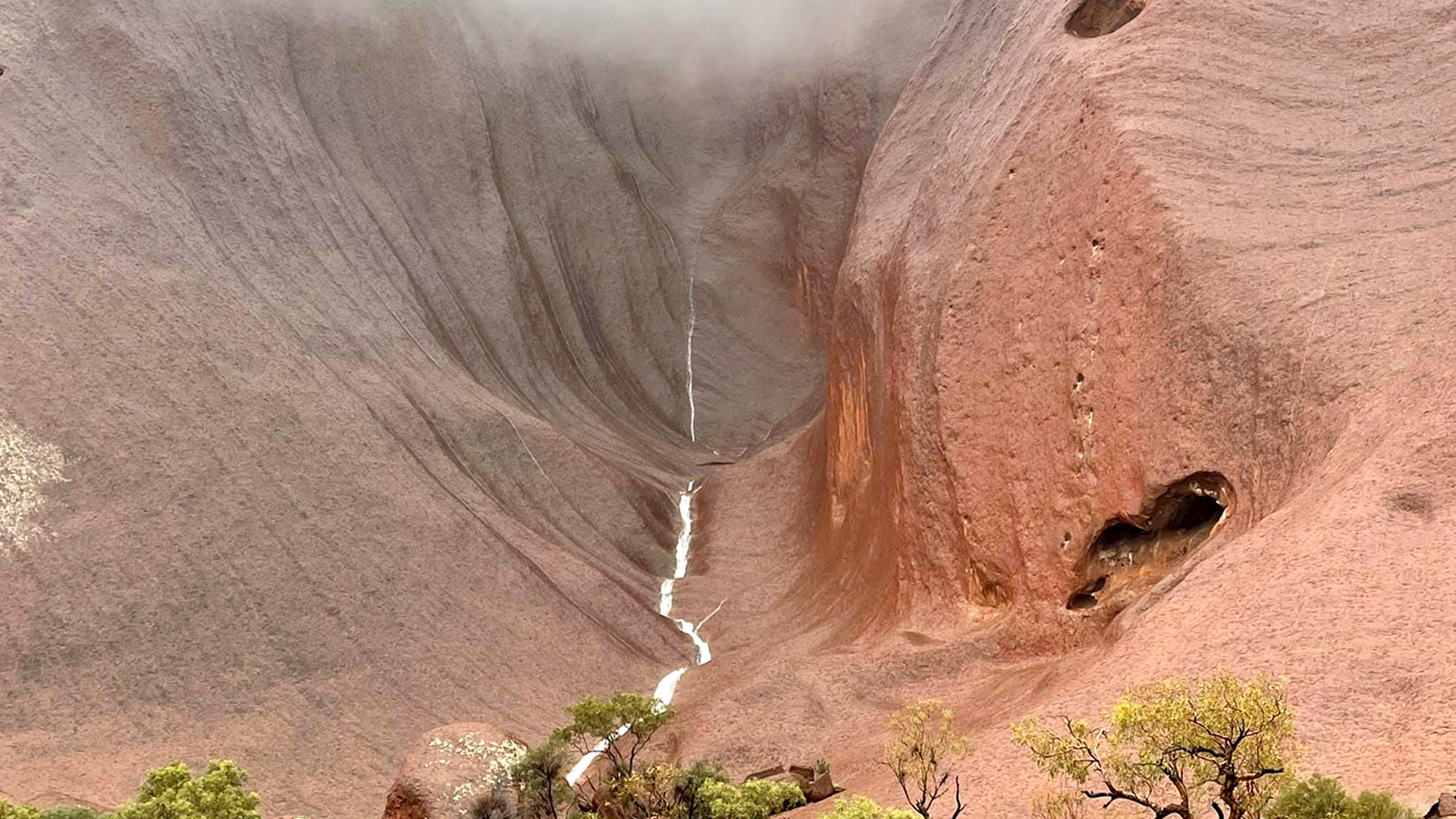 Waterfall in Uluru rock formation in the southern part of the Northern Territory in Australia. (@stacey.macgregor.77/Newsflash)

FOREST LAKE, Australia — Images of a waterfall gushing down the sides of the Ayers Rock in Australia following heavy rains battered the region has gone viral.

The rock is sacred to the Pitjantjatjara, the aboriginal people of the area also known as the Anangu. The name of the area refers to the several aboriginal groups in the region.

The images of Ayers Rock, where climbing is prohibited since 2019, were shot after the northern territory was battered by strong storms recently.

“I work in tourism and have been living and working in resorts around Australia for 15 years,” said MacGregor. “I have lived at Ayers Rock Resort for four years working for Uluru Camel Tours in Reservations.”

MacGregor said one clip was of her friend Meegan Ebert, who is now known as “the girl in the yellow jacket”, and the other was clicked at the Kitchen Cave on March 21.

“It had been raining all day at Uluru, which does not happen often, and the rain started getting heavier at 5 PM. So, we went back to the national park and got these great shots.”

Despite the Covid-19 pandemic, MacGregor said the resort is busy with Australian visitors, but many recent tours were ditched due to the weather conditions.

“It was all residents in the park in the afternoon. The resort is busy, but to get back out to the national park, the guests required rental vehicles. The vehicles were fully booked, and all tours were canceled due to the rain,” she said.

As per a study, “A Review of Severe Thunderstorms in Australia”, severe thunderstorms are a common occurrence in Australia and are documented since the first European settlement in 1788. These events are characterized by large damaging hail above 2 cm, convective wind gusts greater than 90 kmph, and tornadoes.

Further, they contribute to a quarter of all-natural hazard-related losses in the country.

“Based on this review, several potential avenues for future research and exploration are suggested, and ongoing work in the field outlined,” states the study. “Most notably, the need for improved observational or proxy climatologies, forecasting guidelines for tornadoes, and a greater understanding of how severe thunderstorms respond to climate variability is highlighted.”