VIDEO: River Chancer: Kayaker Rescued After Falling Out Of His Boat

Desperate paddler was about to be swept away by strong flood currents. 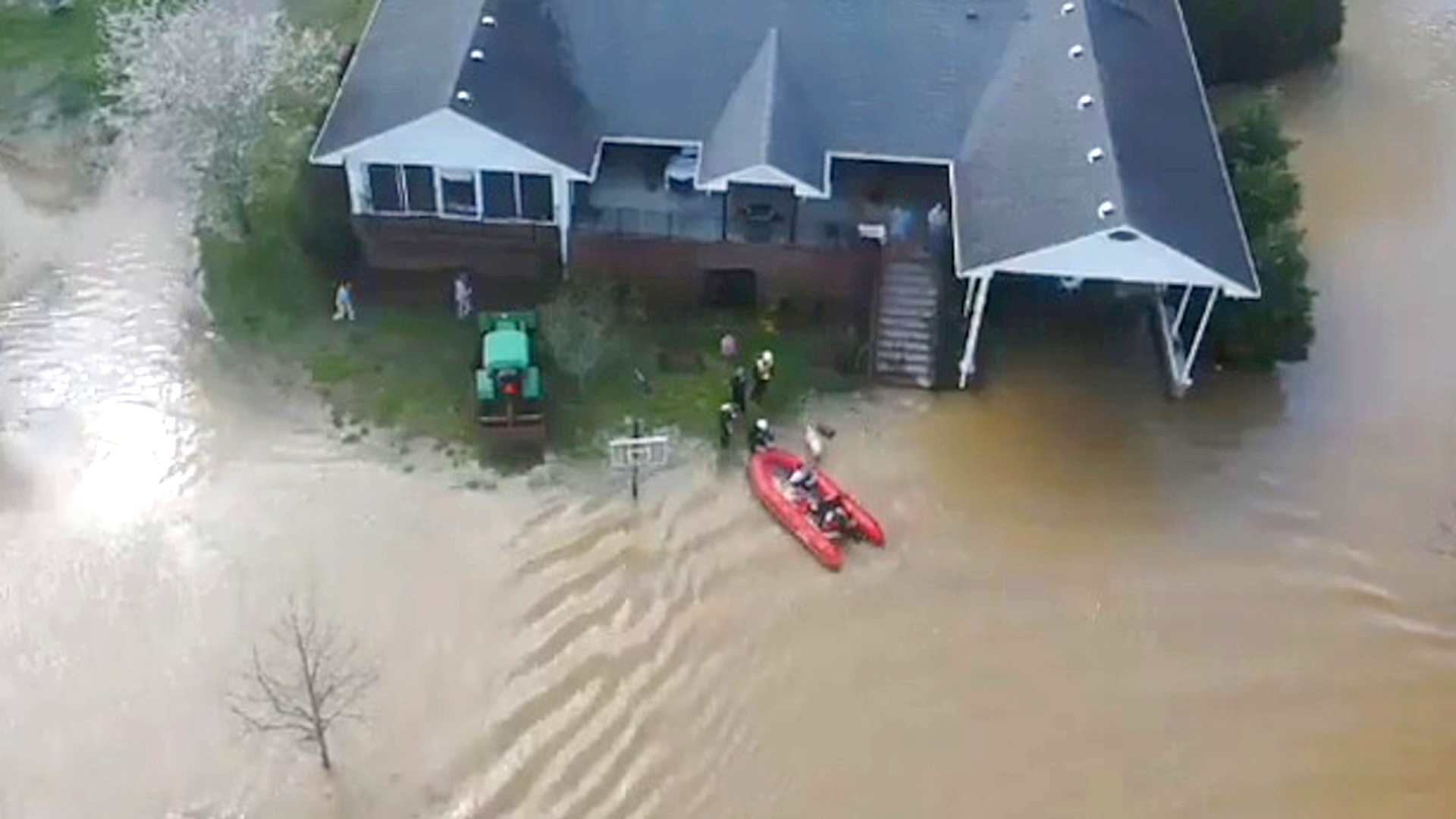 Franklin firefighters rescuing a man from the flooded Harpeth River after his kayak capsized in Franklin, Tennessee. (FranklinFire/Zenger News)

FRANKLIN, Tenn. — Firefighters from the Franklin Fire department acted swiftly to rescue a kayaker from a flooded river after his kayak capsized. The incident took place at Harpeth River in the city of Franklin, Tennessee.

In a press release shared on March 28 from the City of Franklin, authorities reported that the Franklin Fire department received an emergency call alerting them to a sportsman who was desperately trying to re-enter his overturned kayak.

Emergency crews responded immediately, but it took them around 15 minutes to find the man. In their search assisted by the police, they used a drone and a thermal camera.

They finally spotted the man holding onto a tree, surrounded by floodwaters, close to the Lewisburg Pike canoe launch. Using a boat, the firefighters successfully reached the man, who climbed from the three into the boat on his own.

Back on dry ground, he was examined by medics from Williamson Medical Center EMS.

The man, aged 60, who was not named, did not suffer any severe injuries but was shaken up, cold, and had a few scratches.

Along with this kayaker, there were three others, including a man whose kayak also capsized.

He also took shelter on a tree but somehow managed to get back to shore that emergency services. He then spoke to a local homeowner to raise the alarm.

None of the other three kayakers were injured, the fire department informed.

Accidents involving a kayak or a canoe are common in the U.S. As per a report by American Canoe Association states that “75 percent of the paddling-related fatalities involved canoeing and 25 percent involved kayaking.”

The report further states that “83 percent of the victims who died while canoeing was not wearing a life jacket at the time of the accident. Occupant movement/weight shift plays a significant role in approximately half of all canoeing accidents. Roughly 50 percent of the victims in a canoe- and kayak-related fatalities were fishing at the accident.

At least 25 percent of the victims in fatal canoeing accidents are believed to have consumed alcohol immediately before the accident.”