Two pulled from icy waters and flown to hospital for hypothermia treatment. 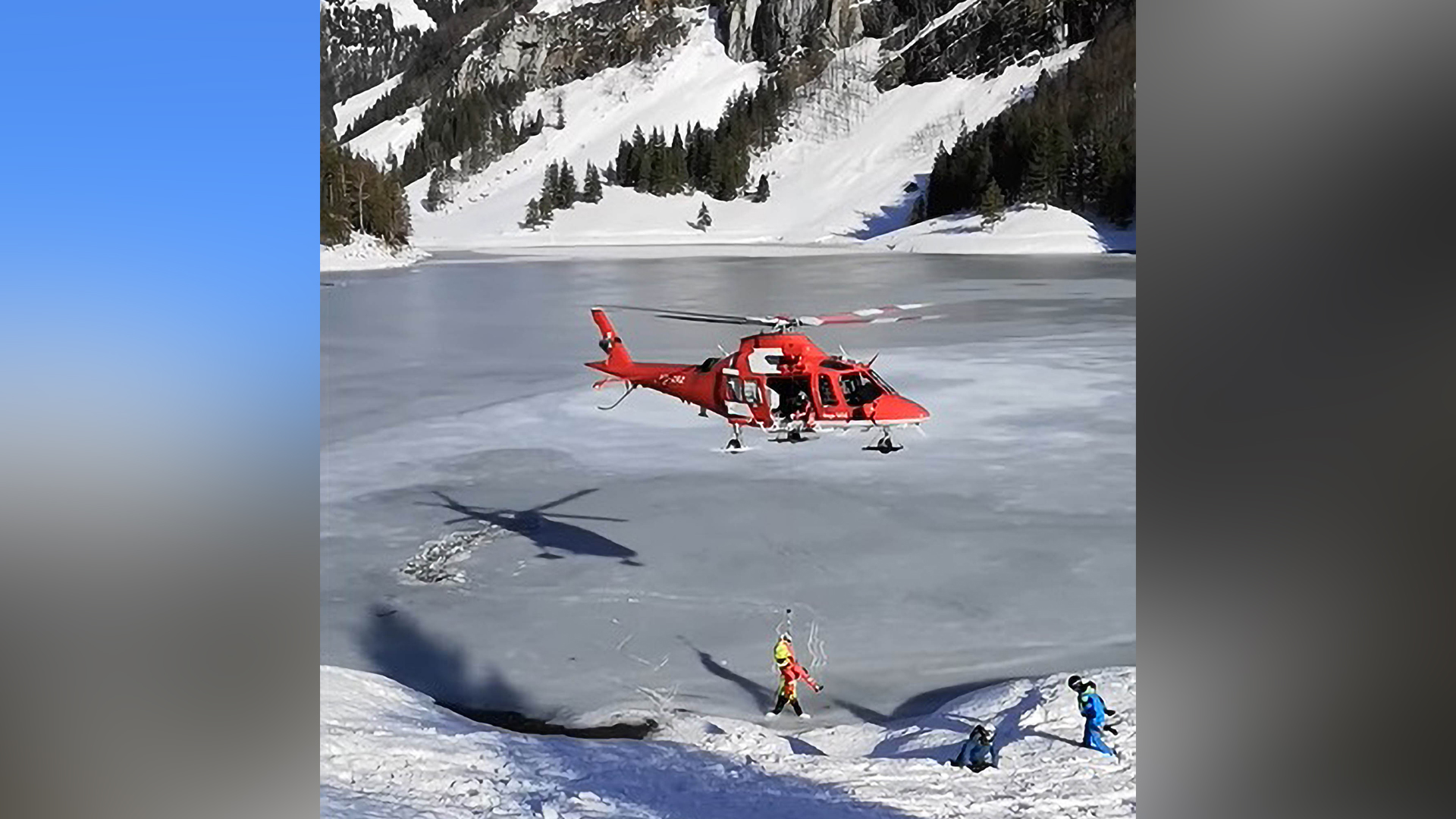 APPENZELL INNERRHODEN, Switzerland — A dramatic scene played out in the Swiss Alps as two men fell through the ice on a high alpine lake and were rescued by a helicopter.

The Spectacular footage shows the Swiss Air-Rescue (REGA) helicopter lowering itself between the mountains to hover over the lake. A rescuer is lowered down to the two men who are suffering by this point from hypothermia.

The helicopter was called because it was impossible to get mountain rescuers to the area in time with specialist equipment to crossover on the ice. Also, it was of the utmost urgency to bring the two from the frozen water once rescued to be treated for hypothermia.

The video shows the air rescue team members as they airlifted the men to safety at Seealpsee Lake in the Alpstein range of the Canton of Appenzell Innerrhoden in Switzerland on March 26.

REGA was established on April 27, 1952, by Dr. Rudolf Bucher. It is a private, non-profit air rescue service that provides emergency assistance in Switzerland and Liechtenstein.

REGA’s mission is to mainly assist with mountain rescues, although it also operates in other areas when needed, most notably during life-threatening emergencies.

The men, names not disclosed, were several meters apart but were able to keep their heads above water.

However, they could not get out of the frozen lake alone and had to be lifted into the air by a rescuer lowered from the helicopter above, who then carried them to the shore.

After the Mollis District REGA crew came and pulled the two men out of the water with the help of a rescue chopper, they took them to another helicopter to be flown straight to the hospital.

Both were suffering from hypothermia when they were rescued but were otherwise unharmed. There have been no further updates on their condition after being hospitalized.

In 2020, the Rega Operations Centre organized 16,273 missions at home and abroad, as per a press release. “The number of medically escorted patients (11,134, -0.3 %) remained virtually unchanged. On average, the Rega crews came to the assistance of 31 people per day. The number of patients and missions do not concur because, for example, several patients may be transported at the same time or search flights are performed without any patients at all, or because, among other things, the Rega Operations Centre also organizes missions for the mountain rescuers from the Swiss Alpine Club SAC and animal transports on behalf of Swiss mountain farmers” the release states.

In 2019 there were 177 fatal accidents in the Swiss Alps, according to the website of Swissinfo. “Of the 177 fatal cases, 120 people died while practicing mountain sports, 11% fewer than in 2018. Hiking in the mountains claimed the most lives (54), followed by ski touring with 27 cases. Falls and slips were the main causes of accidents, accounting for 85 fatalities. Avalanches follow closely with 21 fatalities. The vast majority of victims (92) were men,” the website states.