VIDEO: Not So Grizzly: Bears With A Spring On Their Step After Winter Snooze

Adorable grizzlies cuddle up as they romp in the sun. 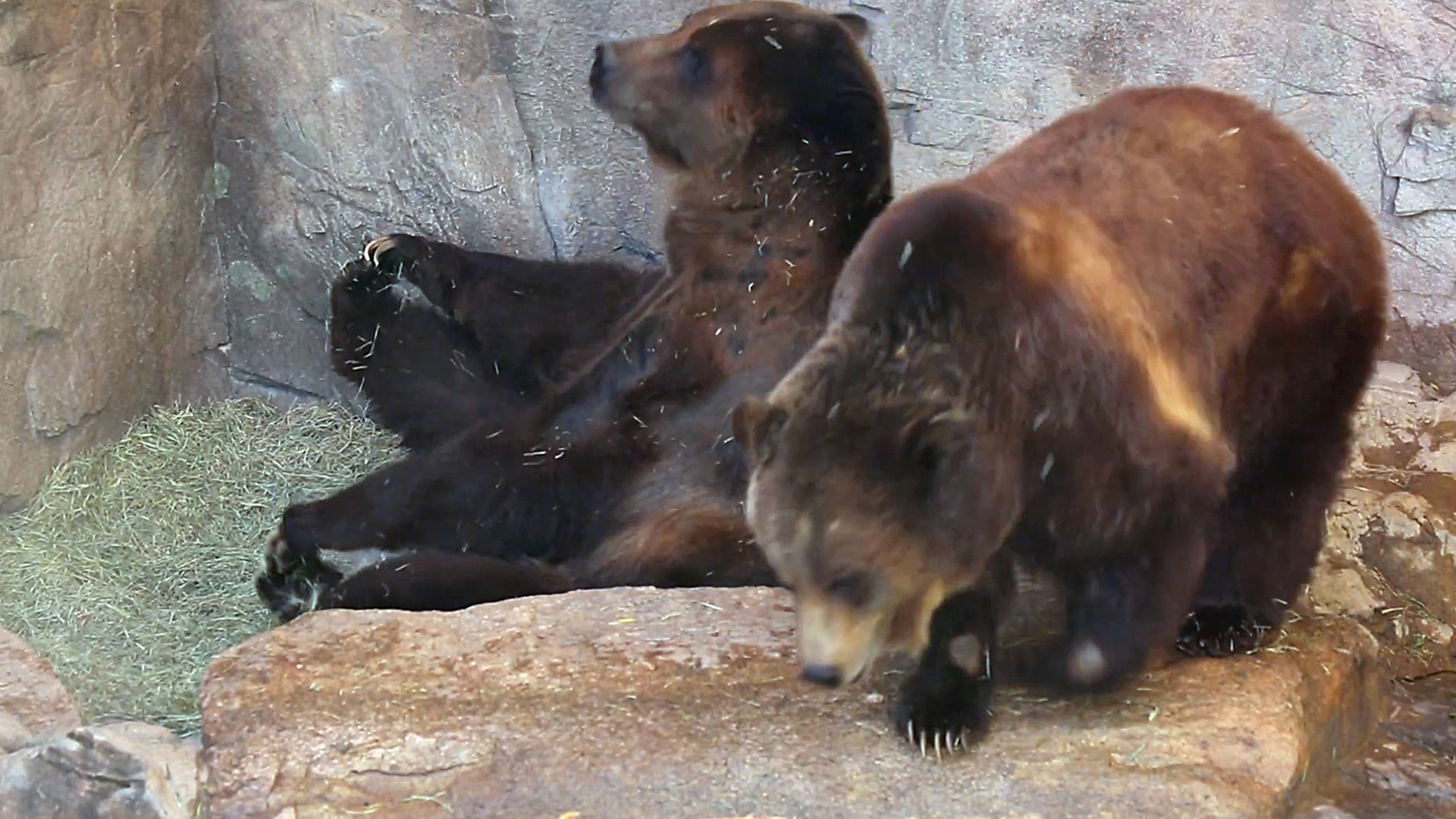 The grizzly bears are starting to gain more energy and becoming more active in the spring season. (Reid Park Zoo/Clipzilla)

TUCSON, Ariz. — Adorable grizzly bears were seen waking up for spring, preparing for the warmer weather, and getting into the spirit of the season as they cuddled and enjoyed each other’s company in a video shared on March 18.

The bears, Ronan and Finley, are among those seen waking up for spring in this video recorded in the Reid Park Zoo in Tucson, Arizona.

The two bears are seen stretching, cuddling, and playing with one another as they slowly shake off their winter rest. Grizzly bears naturally slow down during the winter and spend more time asleep. As the season changes, the bears are starting to gain more energy and lose their winter coats.

Ronan and Finley are a part of a growing number of bears who do not hibernate completely during the winter as global warming continues to happen. They only slow the activities and are more tired during the winter.

Bears like Ronan and Finley do not feel the need to hibernate because the winters in Arizona are very mild, and they are provided with daily food.

The pair arrived at the Zoo in the summer of 2013. They were born on the Flathead Indian Reservation in northwestern Montana, which is a mountainous region of Montana in the United States.

When they were 18-months old, they needed to be removed from the wild because their behavior brought them into conflict with humans, and since then, they are part of the Reid Park Zoo in Tucson, Arizona.

As per a report from the Interagency Grizzly Bear Committee, in North America, grizzly bears previously ranged from Alaska to Mexico and as far east as the western shores of Hudson Bay.

When Lewis and Clark explored the West in the early 1800s, an estimated 50,000 grizzly bears roamed between the Pacific Ocean and the Great Plains, across vast stretches of open and unpopulated land.

“However, when pioneers moved in, bears were persecuted, and their numbers and range drastically declined,” states the report. “As European settlement expanded over the next hundred years, towns and cities sprung up, and habitat for these large omnivores – along with their numbers – shrunk drastically.”

In 1975, the U.S. Fish and Wildlife Service listed the grizzly bear as a threatened species in several states in the US under the Endangered Species Act, placing the species under federal protection.

“Today, grizzly bear distribution is primarily within but not limited to the areas identified as ‘Recovery Ecosystems,’” said the report. “These ecosystems, each containing a recovery zone, were identified in the Grizzly Bear Recovery Plan and thought to support grizzly bears at the time of listing.”