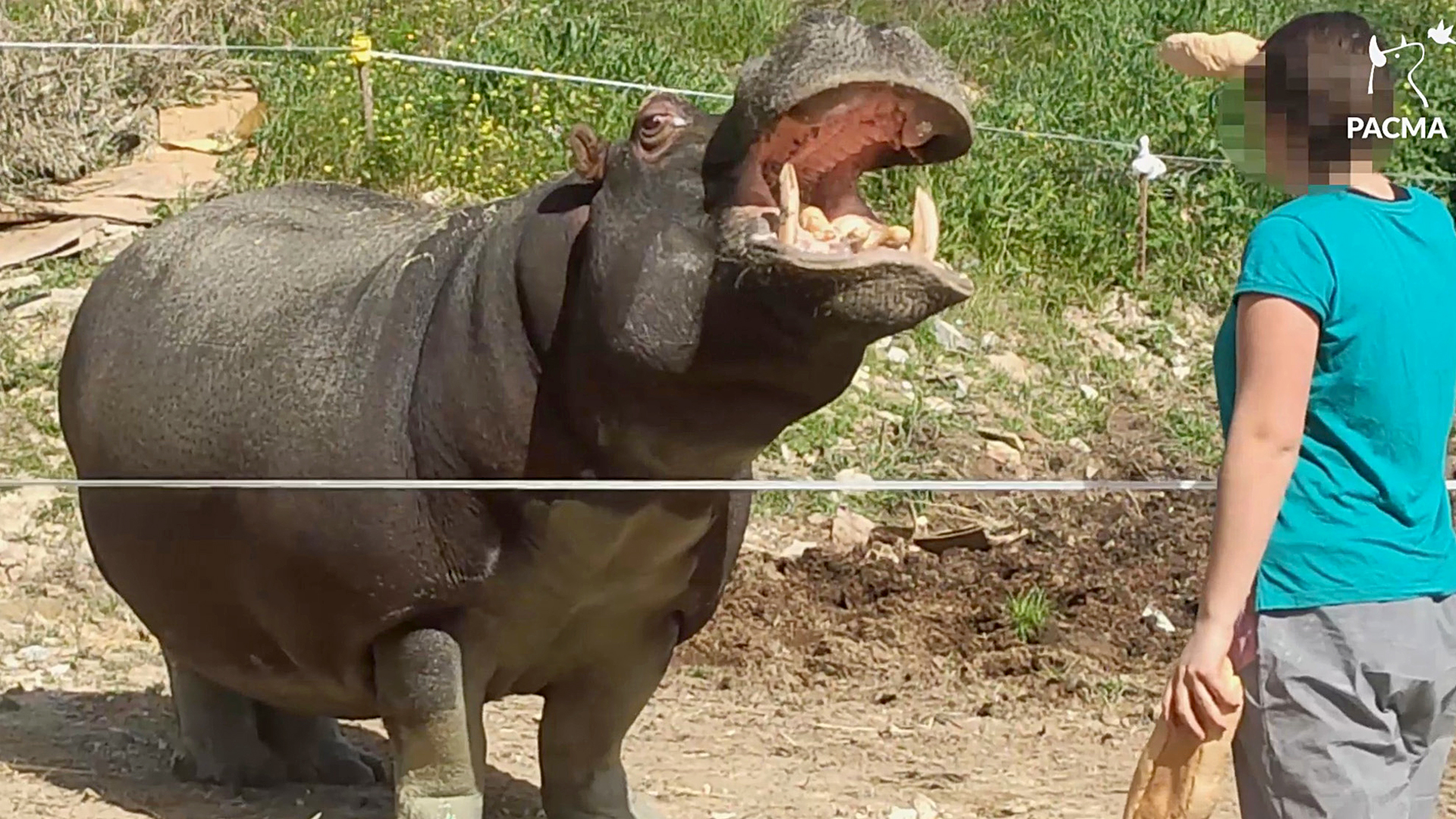 only three people – the owner, his wife, and a minor – are currently taking care of the animals. (PACMA/Real Press)

ARJONA, Spain — A well-doing animal circus turned into a living hell for the animals after its staff was fired due to the Covid-19 lockdown.

The circus Roma Dola located in the municipality of Arjona in the southern Spanish province of Jaen, was fully functional before the first lockdown happened a year ago when it had to halt activity.

Since then, the circus is shut due to coronavirus restrictions. As per Laura Duarte, president of the animal rights political party PACMA (Animalist Party Against Mistreatment of Animals), the employees were fired as the show could not go on.

“As far as we are concerned, there are six lions. Two months ago, a lioness gave birth to a cub,” said Duarte. “But this cub is not there anymore and has disappeared, and the circus workers claim it died.”

She said only three people – the owner, his wife, and a minor – are currently taking care of the animals. All the animals are suffering from numerous health conditions.

The four lions and two lionesses live in a tiny, 6.5-foot by 9.8-foot cage, with only a small enclosure for them to walk around.

Duarte said it is far too small because “they can only do two steps, and the cage ends.”

The political party conducted a veterinary report about the conditions the animals live in. They gave it to the Spanish Civil Guard, demanding the animals were seized and given better homes.

As per the report, the animals do not have proper food and are under significant stress and “huge physical and psychological suffering” since they are locked in their cages for over a year.

One of the animals is a hippopotamus, and the veterinary report said that given “it is a half aquatic species, which means it has to spend part of the day in the water, this hippo does not have access to any place with water and is always in the sun”.

The hippo is allegedly only fed stale bread despite needing aquatic grass. “Feeding it high quantity of cereals could lead to the development of serious intestinal problems,” the report notes.

The zoo also owns dromedaries or the Arabian camels, according to the political party. They are fed only stale bread and live inside tiny enclosures, which is a “huge punishment” for them.

These animals typically walk a lot and need grass and fodder. The veterinary report also states that the lions have lost a lot of their muscle mass due to a lack of proper food and exercise.

“They also have black marks on their bodies because they cannot sit anywhere soft and clean, and they have also developed infections,” it notes.

The organization said their behavior is of great concern because they are so stressed and that their health is at risk.

Duarte said the circus is in great financial difficulty, relying on “locals to give food, both for the people and the animals”.

As per the organization, the circus had not seen any economic activity since March 2020, when Spain’s first lockdown started due to the pandemic. It does not believe their “license is still active” and has reported the authorities urging them to take action.

They have also urged the authorities to ban live animals for entertainment in places such as circuses throughout the country.

They want the circus animals to be sent to animal refuges or zoos to be treated and have a better life. However, the local authorities have not commented on the situation.