Smuggler killed 10 of the world’s rarest reptiles by wrapping them in clingfilm. 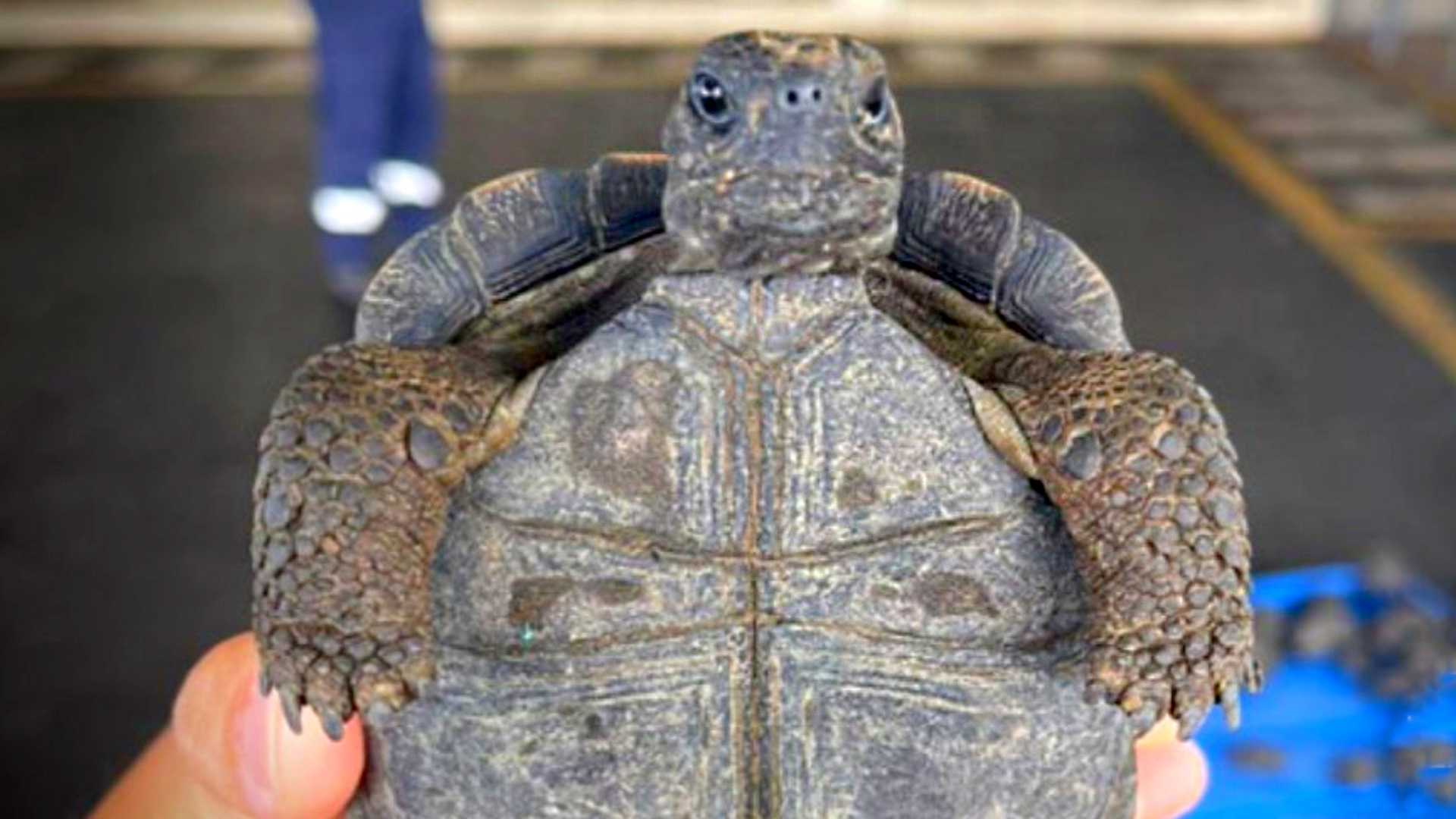 One of the 185 tortoises found inside a suitcase. (@aerogalapagos/Newsflash)

QUITO, Ecuador — Security staff at the Galapagos Ecological Airport, the world’s first green airport, were stunned to find 185 endangered baby tortoises stuffed inside a suitcase, 10 of which had died.

The incident occurred some 906 kilometers (563 miles) west of the country’s mainland territory on March 28.

“185 tortoises destined for the city of Guayaquil were intercepted by airport staff who noticed irregularities in a suitcase that supposedly contained ‘souvenirs’ from the island,” reads a statement from the Galapagos Ecological Airport.

The 185 baby tortoises are of the species of Galapagos tortoises (Chelonoidis nigra), which are the largest living tortoises in the world, weighing up to an astonishing 417 kilograms (919 lbs) and potential life spans of over 100 years.

The tortoise is listed as “threatened” on the  International Union for Conservation of Nature’s Red List of Endangered Species.

“The tortoises were less than three months old and wrapped tightly in cling film. This led to the death of 10 of them,” the airport said in a statement. “We have made no arrests yet and are currently waiting for the national police to arrive and begin their investigation into the incident.”

The Galápagos Islands are home to numerous unique species. The archipelagos and islands were made famous by the biologist Charles Darwin, who studied the islands extensively.

Darwin developed many of his ideas relating to evolution based on the fauna and flora he studied on the volcanic archipelago made up of 18 main islands and three smaller islands.

“This is a crime against Ecuador’s natural heritage,” said Marcelo Mata, the Ecuadorian environment minister. “Those responsible will be punished as per current regulations.”

Trafficking animals and plants from the Galápagos Islands is a crime having punishment between one and three years in prison.

Scientists believe that ocean currents deposited the ancestors of the 185 Galápagos Tortoise on the islands three to four million years ago.

The tortoises then evolved into 15 different species, three of which are now extinct. The police said that further investigation is ongoing in the case.

The illegal trading of baby tortoises is lucrative, with Europe being the hub for many decades now. As per a study,  35 percent of seizures of wildlife worldwide between 2005 and 2014 were of rosewood. Tortoise and freshwater turtle stood at two percent.

“Today, more than half of the 360 living species and 482 total taxa (species and subspecies combined) are threatened with extinction,” reads a research paper titled Turtles and Tortoises Are in Trouble. “This places chelonians among the groups with the highest extinction risk of any sizeable vertebrate group.”

The paper notes that turtle populations are declining rapidly due to habitat loss, consumption by humans for food and traditional medicines, and the international pet trade collection.