Authorities rescued over 130 people from flooded homes as residents are warned to brace themselves for further flash floods.
By Lee Bullen April 4, 2021
Facebook
Twitter
Linkedin
Email 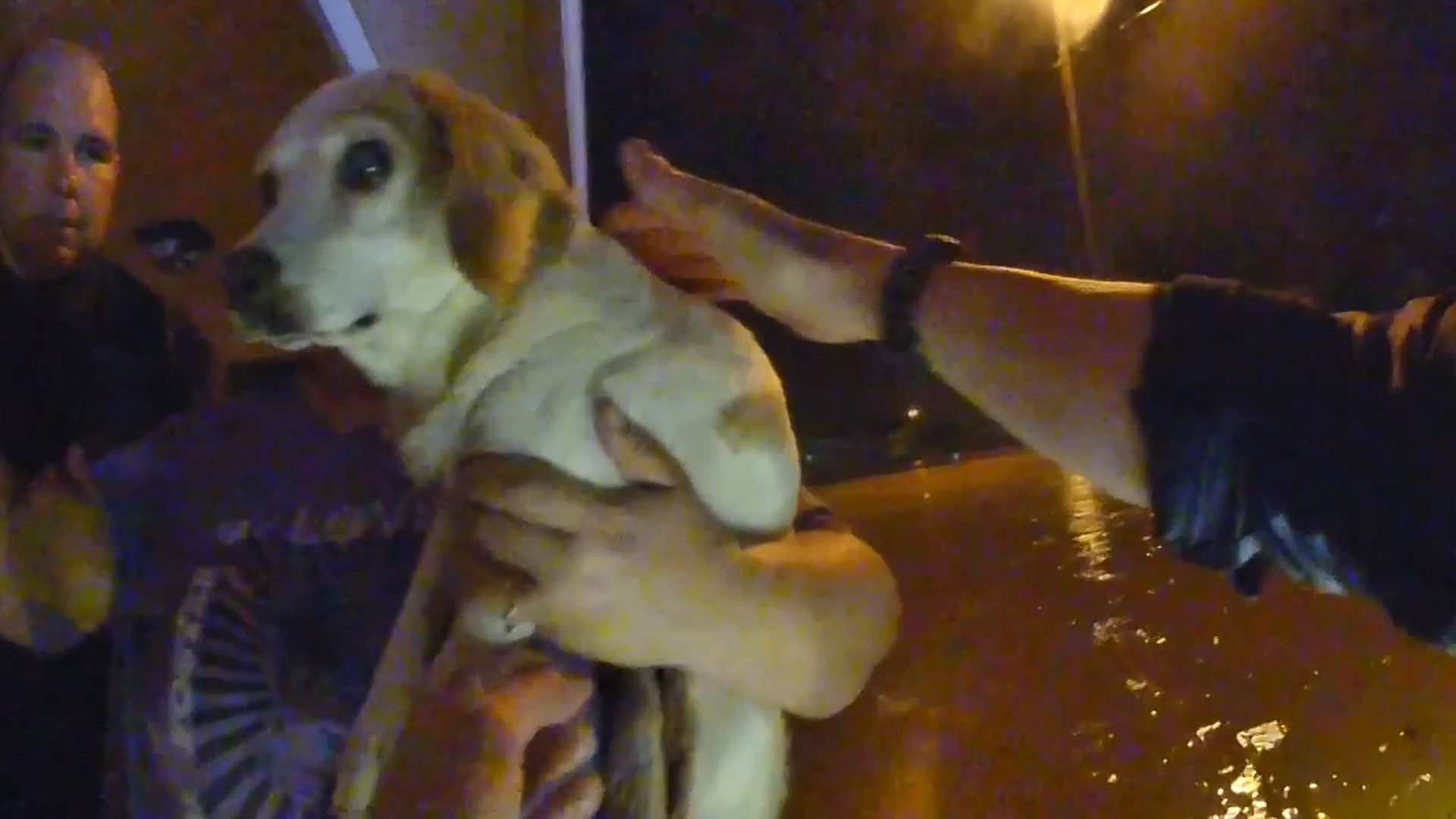 NASHVILLE, Tenn. — This is the moment Tennessee cops save a little dog called Emma and assist her stricken family after their home was flooded by severe storms that have killed four people.

The torrential rains that battered the city of Nashville, Tennessee, in recent days resulted in creeks and rivers breaking their banks and leaving at least four residents dead.

The Lebanon Police Department of Tennessee shared footage of officers helping one family on Facebook, writing, “It’s been a crazy busy 48 hours since the flooding, but we were finally able to view some footage from the rescue operations on Sunday night.”

“This video shows Officers Pruitte and Blackburn on a rescue of a family from their flooded home. They managed to get everyone out of the house to safety, including ‘Lil Emma, the family dog.

“The water level is at the bottom of our MRAP rescue vehicle. If any of you have seen that vehicle in person, you’d know that it’s a beast and that water is very high.”

The storm saw Nashville record its second-highest two-day rainfall in history and the most for one day in March.

Mayor John Cooper declared a regional state of emergency on Sunday afternoon as water levels at the Harpeth and Cumberland rivers rose.

Flooding is the most common natural disaster in the U.S. Texas is the most flash flood-prone region. The Wetlands in the U.S. save more than $30 billion in annual flood damage repair costs as per the website of American rivers.

“Wetlands act as natural sponges, storing and slowly releasing floodwaters after peak flood flows have passed. A single acre of wetland, saturated to a depth of one foot, will retain 330,000 gallons of water — enough to flood thirteen average-sized homes thigh-deep. Roughly 17% of all the urban land in the United States is located in the “100-year” or a high-risk flood zone,” the website states.

“In 2011 alone, there were 58 Federal flood disaster declarations, costing over $8 billion and caused 113 deaths; both exceeded the 30–year averages.”