The dog guided the officer in a half-and-hour trail before leading to the suspects hide spot. 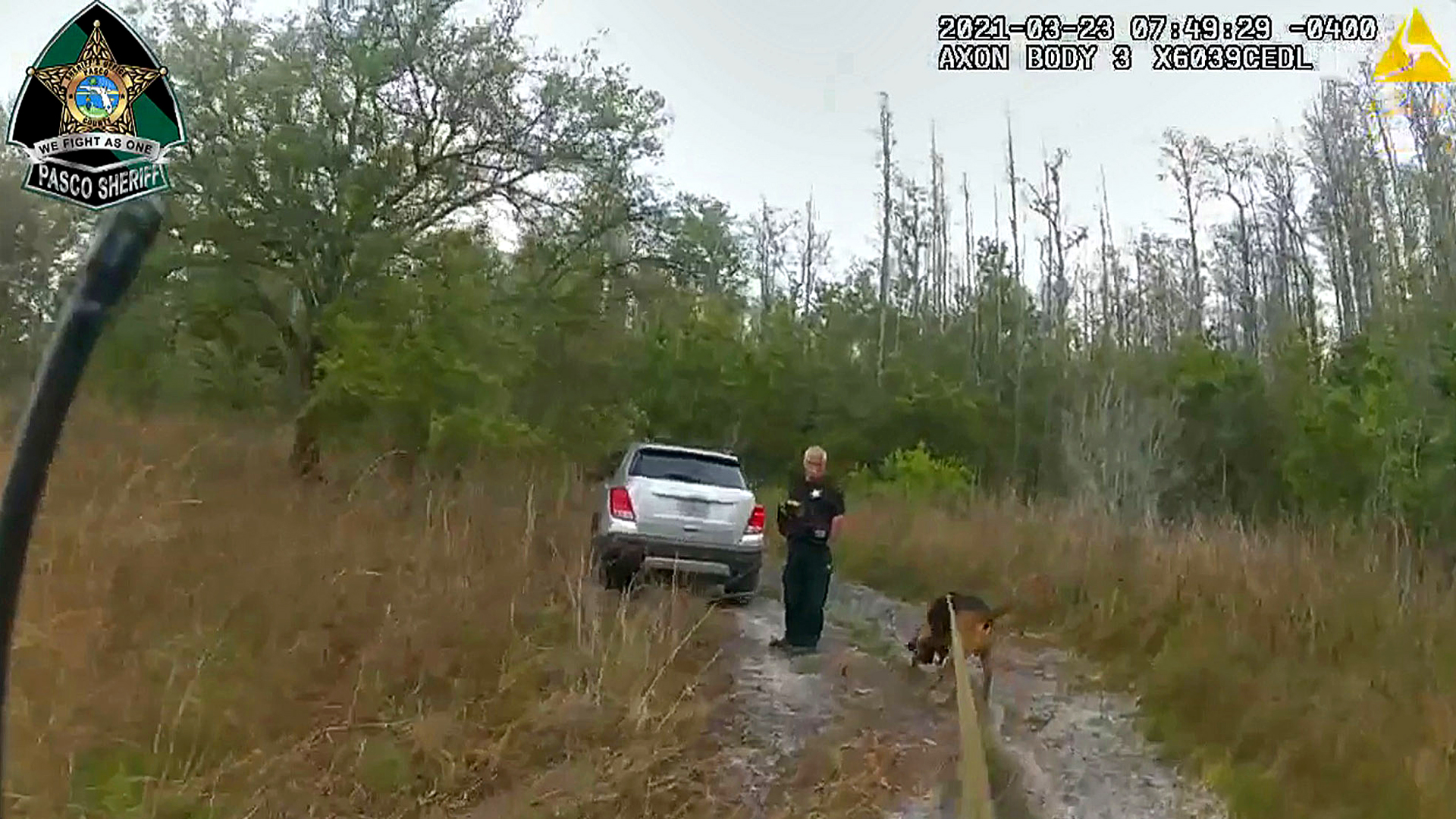 The operation occurred in a forest of Pasco County in Florida on March 23.

Pasco Sheriff’s Office (PSO) received a report about a stolen vehicle last week. Deputies were able to locate the car in the woodland area, but none of the criminals was at the scene when they arrived.

Because of that, K9 Police Officer Miller took out his partner K9 Buster, so the dog could smell and find them.

“While in this instance, K9 Dep. Miller and K9 Buster tracked people suspected of crimes, PSO’s K9s also assist in searching for missing individuals or those who have wandered from home,” said a member of the Pasco Sheriff’s office.

“A K9’s sense of smell is so incredible. They even can track scents over water and can decipher between specific scents to track. That means they can track a specific person through a crowd,” he added.

Pasco Sheriff’s Office uploaded the footage of the quest on social media, coming from the body camera of the K9 Deputy Miller.

The obedient hound gets out of the police car, cheekily marks his territory, and starts his job.

He sniffs the car and everything around it and starts walking in a specific direction.

The hound moves quickly through bushes and branches and event gets into a swamp. K9 Deputy Miller follows his furry colleague, encouraging and praising him.

The dog moves quickly, detecting its surroundings, while his human partner updates other deputies about the location.

After half an hour, the team spotted one of the suspects in a bush, the second subject was located nearby by deputies, and both were arrested for the vehicle theft.

Buster, the K9, confidently wags its tail as K9 Deputy Miller praises and pets him for the successful search.

The National Police dog foundation states that “K-9s are considered a specialty unit, which means they could run a department without them, unlike police cars, police officers, and their training. 80-plus percent of a police department’s budget goes toward salary, and the remaining 20 percent is needed to acquire equipment and training for the officers. There are not enough funds for most agencies to include the cost of K-9s and their up-keep in the general budget.”