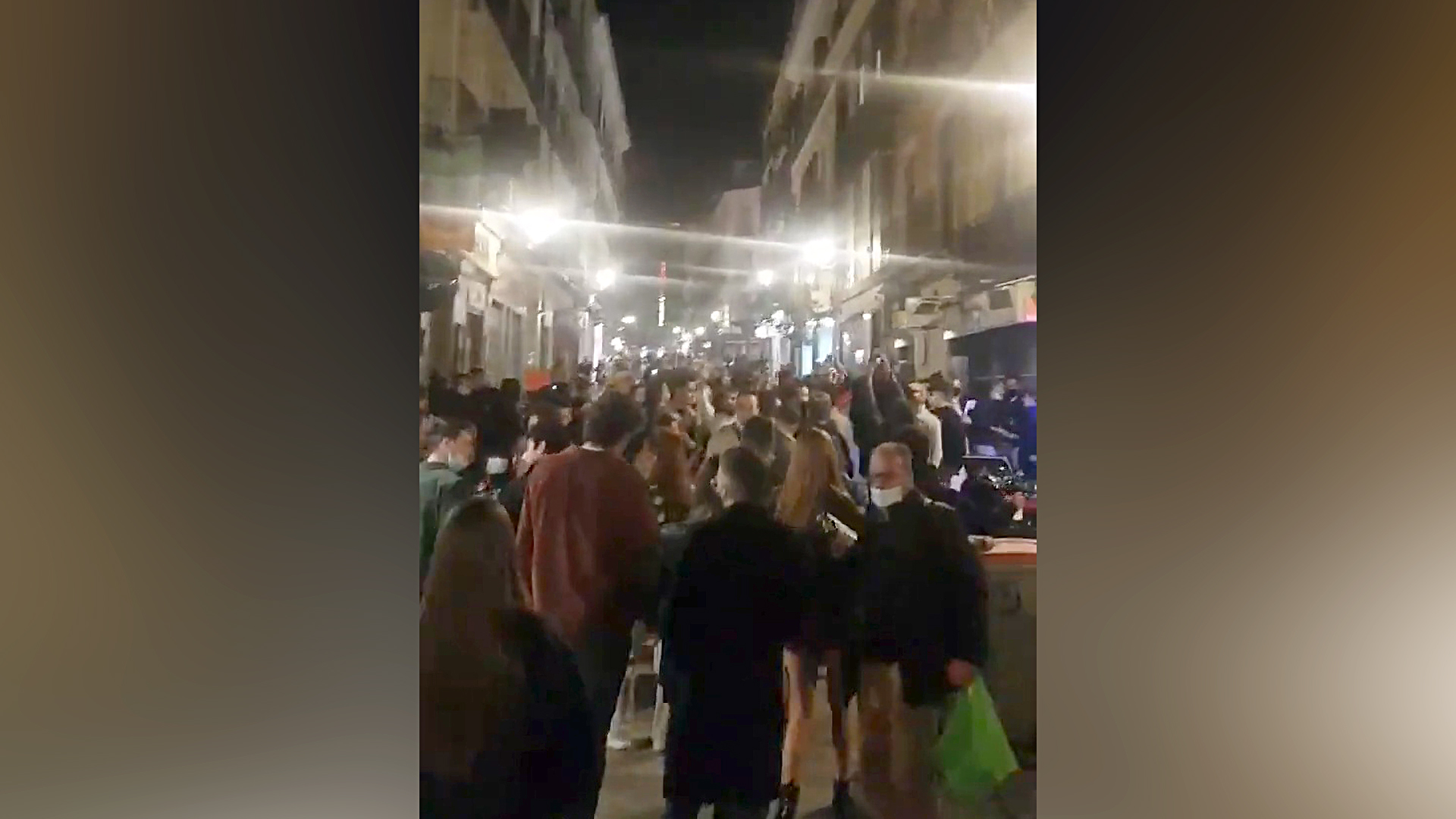 MADRID — Hordes of partygoers flood the streets of Madrid, drinking and dancing in tightly packed groups and ignoring Covid-19 restrictions.

The footage was recorded on Espoz and Mina streets in the center of Madrid on March 27 and shared on Twitter by netizen ‘JuanmaSamusenko’ where it has been viewed 3.7 million times.

In the clip, the large crowd is seen passing from bar to bar, singing and dancing, and apparently ignoring the current restrictions prohibiting groups of more than six people from gathering outside.

Around a dozen people huddle together in front of an Irish bar, chanting and singing with their masks pulled down.

The footage sparked outrage online as people expressed their anger at the irresponsibility of ignoring Covid-19 restrictions, just as cases in Spain are beginning to creep up again.

Netizen ‘David Vidal’ commented on the post: “We have to stop sugar coating things. Because of this, in 15 days more people will die in Madrid. Cause and effect.”

The local government also came under fire from netizens who wanted to know why the authorities failed to stop the illegal gatherings.

‘Maykel_1990’ tweeted in response to the clip: “Where are the police when you need them?”

Spain has carried out more than 36.3 million diagnostic tests since the COVID-19 epidemic began. Specifically, the autonomous communities have notified the Ministry of Health that, until March 25, they have carried out a total of 36,300,583 diagnostic tests. Of these, 27,573,864 are PCR and 8,726,719 are antigen tests.

The number of diagnostic tests performed increased by 2%, with a rate of 770.71 per 1,000 inhabitants. New techniques are being developed to diagnose SARS-Cov2 infection, such as the rapid antigen tests that the Health Departments are beginning to introduce in the management of the pandemic.

Spain is one of the hardest-hit countries by the virus. The World Health Organization reported 32,75,819 cases leading to 75,305 related deaths as of March 31.

«Previous Post
What A Cock Up: Bungling Docs Remove Prostate From Wrong Patient »Next Post
VIDEO: Please Alp Us: Copter Rescue For Climbers Who Fell Through Frozen Mountain Lake