The officer had to take evasive action after the suspect attacked him. 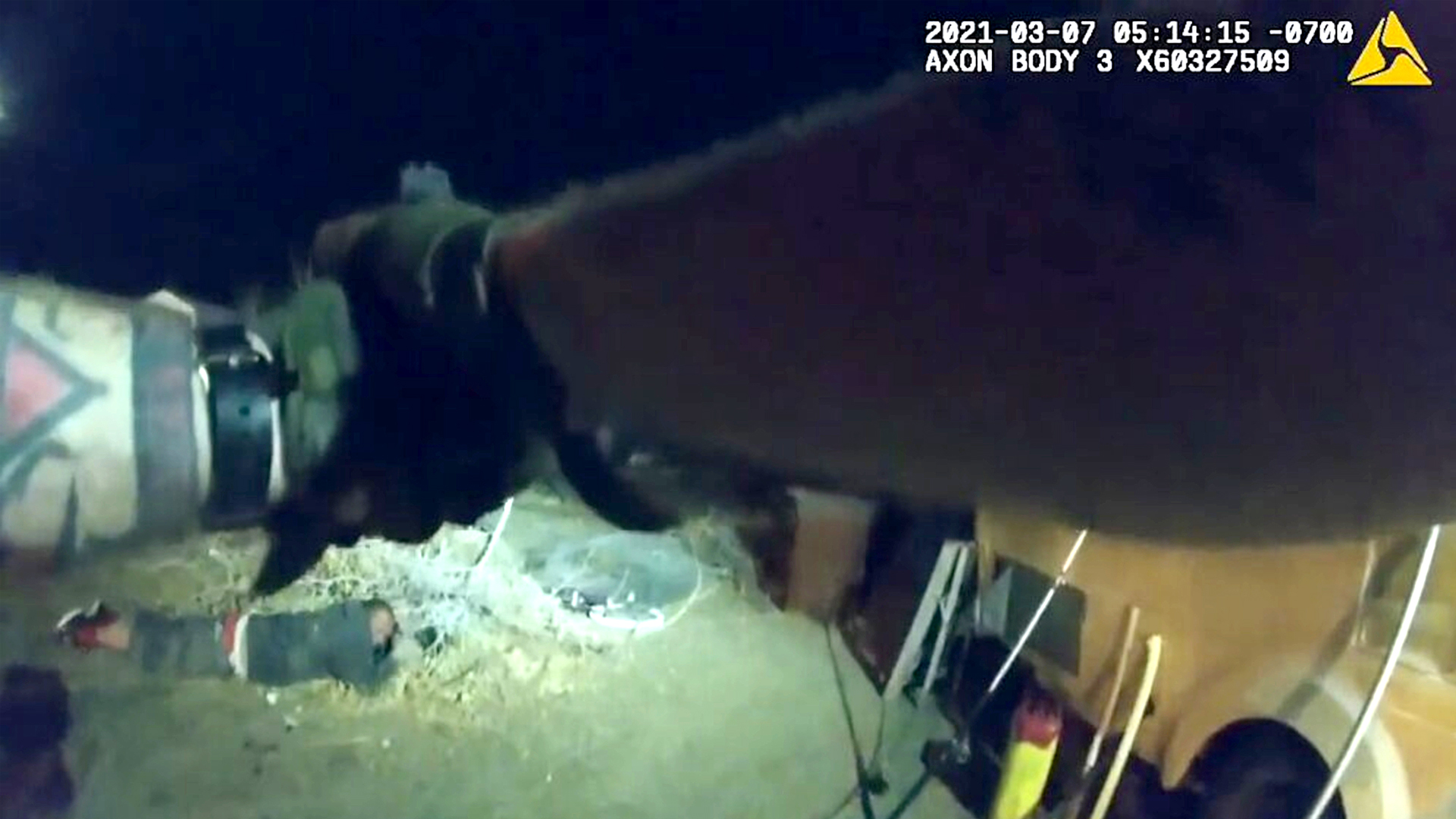 Bodycam footage of Mohave County Deputy holding the suspect who hit the officer at gunpoint. (City of Kingman/Zenger News)

The footage shows Bridgman trying to handcuff the suspect, identified as 37-year-old Davie Kuihana Ahuna. “All I did was kick the door down. You can’t arrest me, bro,” the suspect could be heard in the footage.

To continue the arrest, the policeman throws Ahuna to the ground and then comes under attack.

Although it’s not clear from the footage what’s happening, the police report outlines it clearly, reporting that Ahuna “struck the deputy several times in the head and face with his fists and blunt objects”.

At one point, Bridgman then pulls out his gun and shoots Ahuna, after which he falls to the ground.

Immediately after this, the police officer called his colleagues to confirm that he shot Ahuna and requested an ambulance.

Bridgman’s bodycam footage lasts another nine minutes, during which he unsuccessfully tries to get Ahuna to handcuff himself while holding him at gunshot point. As per the release, Ahuna was apprehended using a Taser.

Following his hospitalization and discharge, Ahuna was booked into the Mohave County Adult Detention Facility on suspicion of sexual assault on a police officer.

Bridgman was treated and discharged for non-life-threatening conditions and is now on unpaid leave, which is the standard procedure during investigations.

The case is still underway, and the Mohave County Attorney’s Office is reviewing it. It did not reveal the status of the suspect after the shooting.

The Federal Bureau of Investigation released the 2016 preliminary statistics for Law Enforcement Officers Killed in the Line of Duty in 2017. These statistics show that 66 law enforcement officers were feloniously killed in the line of duty and that 17 of these officers were killed in ambush attacks. Ambush attacks also were responsible for multiple severe injuries to officers and others.

The FBI has a Law Enforcement Officers Killed and Assaulted Program that provides data and training to keep law enforcement officers safe while protecting the nation’s communities. The goal of the program is to provide relevant, high-quality, potentially lifesaving information to law enforcement agencies focusing on why an incident occurred, as opposed to what occurred during the incident, with the hope of preventing future incidents.