Cold Comfort: The Good News – Global Warming Is Off The Bad News – A Worldwide Ice Age Is Coming

Ancient stalagmites reveal that the planet is on the brink of a big chill.
By Ana Lacasa April 4, 2021
Facebook
Twitter
Linkedin
Email 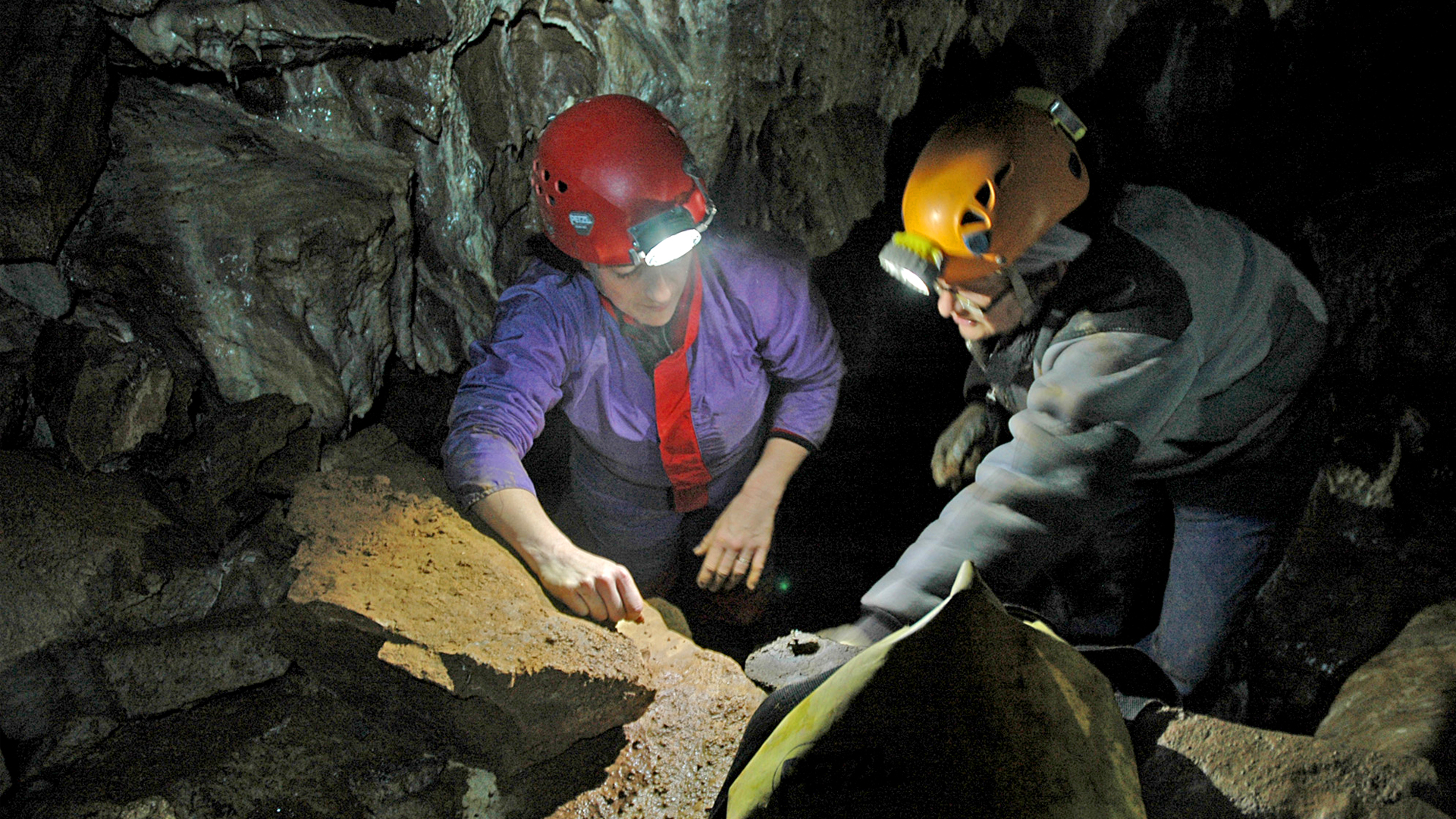 SAN PEDRO ALCÁNTARA, Spain — A 500,000-year-old stalagmite has helped scientists map the progression of climate change and predict that a new ice age could be coming to Europe and the United States.

The stalagmite, named ESP06, was cut from the floor of a cave in the Serra do Courel mountains of north-west Spain’s Galicia province.

At only 30 centimeters (11.8 inches) long, it contains a wealth of climate information from the last 500,000 years. It has revealed data on the advance and decline of ice ages throughout glacial and interglacial periods.

The stalagmite was carefully selected by a team of researchers led by Professor Juan Ramon Vidal Romani, 74, from the University of A Coruna. They explained to Zenger News the scientific process.

The team tried two other stalagmites that proved too young for examination before settling on the perfect one, said Romani.

“We could not select the biggest one because of the greater chance of finding a surprise, since it had dripped a lot over the years and gathered a lot of material but can only give us very recent information,” he said.

Instead, the team was looking for a stalagmite that formed from a very constant drip with the correct proportions of materials from the ceiling above.

When the researchers finally found the best candidate, they were able to “establish a meteorological evolution of the environment and the fauna outdoors” from periods further back than ever before in Europe through similar techniques.

The base of the stalagmite, which contained the oldest information, was sent to the United States, where one of the best specialists in the world cut it using a precision saw.

“This was so it did not leave cutting marks,” explained Professor Romani. “It was cut in thin layers which, thanks to the oxygen and carbon isotopes that revealed temperature and humidity data, the stalagmite showed four interglacial and three glacial periods.”Climate information is revealed by examining the many layers built up over time.

Carbon dioxide in the layers contains trace information on the vegetation the water filtered through on its way to the cave and is more abundant in warm and wet climates.

A more significant presence of aragonite indicates a drier and warmer time.

Calcite, which is a mineral found in calcium carbonate, indicates a colder and wetter climate.

And if the surface of a stalagmite is dry for a time, it forms darker layers that tell scientists the climate at the time was dry.

“We saw there have been interglacial moments with a temperature that is similar to the current one, and glacial times where the temperatures were around 20 or 30 degrees below zero”, explained Romani.

Studies done in the ice of Vostok in Antarctica have revealed comparable climate data.

“When it is cold in Antarctica, it is cold in Galicia, so these are climate models that are the same everywhere,” said the professor.

“The idea is that about every 15,000 years, the tendency changes, and we are now starting that pendular movement. We know that because the Gulf Stream (a warm ocean current in the Atlantic Ocean originating in the Gulf of Mexico and following the eastern US coastline before forming the North Atlantic Drift and crossing the Atlantic) is starting to lose strength. Some believe it may stop,” said Romani

“At that moment, the climate in Europe and United States will get colder, and a new glacial era will start,” said Romani. “In more or less two centuries, we could start a new glaciation period.”

The cave of Arcoia, where the team selected the stalagmite to be studied, was first explored between 1981 and 1993.

The cave system also contains prehistoric animals such as cave bears (Ursus spelaeus) from 44,000 years ago.

Stalagmite records have shown historical changes on the planet in the past as well. According to a research article published by Washington State University, “The take-away lesson about the stalagmite record is similar to what we see in the ice core records at the poles of the planet. We may well not like it, but the climate is a fickle business. Change is woven in warp and weft of Earth processes. Climate is always changing in terms of precipitation and temperatures. In short, we are riding a bucking bronco, and we’ve recently added to the risks we face by perturbing the greenhouse gas concentrations in the atmosphere.”