Chew-Rassic: Ancient Human Eaten 800,000 Years Ago By Cannibals Was A Girl, Reveal Experts

Paleolithic ape men chewed so greedily it was almost impossible to reconstruct her remains. 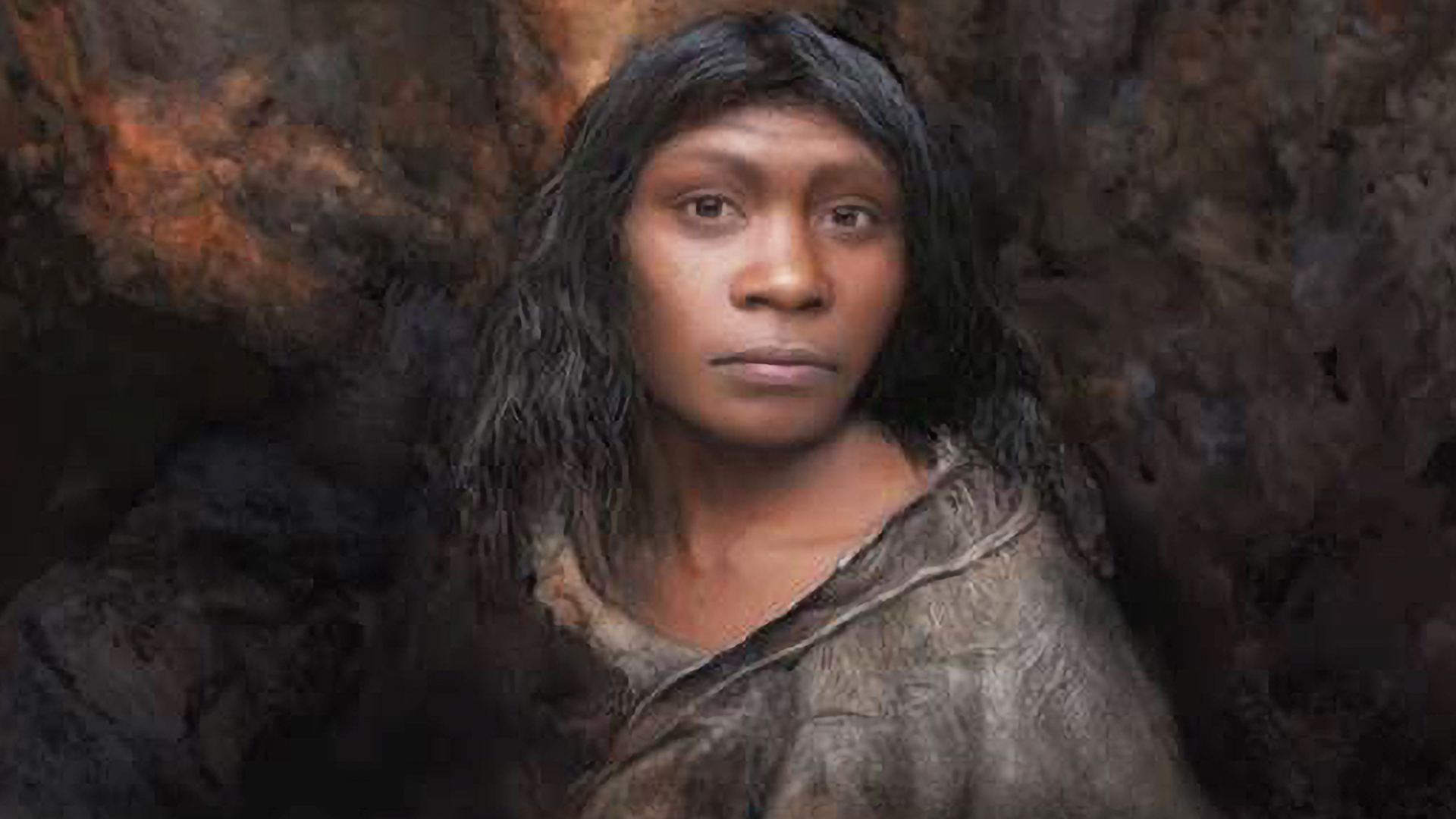 First representation of the Girl of Gran Dolima, the H3 individual whose remains were found. (Tom Bjorklund-CENIEH/Zenger)

VALENCIA, Spain — Researchers have discovered one of the first archaic humans from the Homo antecessor species — who lived in present-day Spain some 800,000 years ago and who was eaten by cannibals — was a girl and not a boy as first thought.

The girl, known as ‘H3’, was found with the remains of a man known as ‘H1’ because their discovery led to the naming of Homo Antecessor as a new species. ‘H3’ was once thought to have been a boy, but the new study has revealed that the remains, in fact, belonged to a female.

Spanish researchers were studying the remains of the two archaic humans from the Homo antecessor species that lived in the Lower Paleolithic Period, and by analyzing data from their teeth, they established that one of them, a victim of cannibalism, was a girl.

The remains were found at the famous archeological site of Atapuerca at the Gran Dolina dig site in the province of Burgos in the north-central Spanish region of Castile and Leon.Garcia Campos, 33, explained that it had been impossible to determine the gender of these remains because they were too young, and ‘H3’ was very fragmented due to cannibalism.

“When human beings eat, we chew a lot, and the remains were tiny, apart from the fact that those remains belonged to a teenager or a child,” she said.

‘H3’ was dubbed “El Chico de la Gran Dolina” (“The boy of Grand Dolina”), but as researchers have now established that they belonged to a girl, they have been renamed “The Girl of Gran Dolina.”

Dr. Cecilia Garcia Campos, a researcher at the Atapuerca Foundation and the National Centre of Investigation into Human Evolution (Centro Nacional de Investigacion Sobre la Evolucion Humana-CENIEH), told Zenger News that dental analyses revealed that the ‘H3’ remains belonged to a girl aged between nine and 11.The remains, widely considered to be some of the most popular and best known in Europe, had for a long time remained mysterious.

Dr Jose Maria Bermudez de Castro, coordinator of the Palaeobiology Programme at the CENIEH and co-director of the Atapuerca dig sites. “This research opens a new, reliable way to estimate the gender through a non-destructive methodology,” he said.

The experts explained that they managed to establish the gender of the two sets of remains by analyzing the size of their canine tissue. The dimensions of the enamel and dentine are different depending on whether the subject is male or female.

The researchers compared the dental tissue with Neanderthal remains from Krapina in northern Croatia and with remains found at the famous archeological dig site of Sima de los Huesos and the Atapuerca area.

Campos said that the ‘H1’ individual was confirmed to be a boy, “as the dentine component is bigger than women’s, who had bigger enamel, so it was revealed that the dentine of ‘H1’ is more developed, and ‘H3’ has less dentine and more enamel”.

As per the expert, “The Girl of Gran Dolina” was a female between nine and eleven years old, although “it is believed that she was more developed than current girls of that age so she might have looked like a teenager or even a woman.”

Regarding the cause of her death, it is unclear. Still, Campos reported that “her remains were cannibalized, so after she died, she was eaten.”

The expert said that the cannibalism was carried out by a rival group because ancient humans “had access to food, so it was not necessary to feed off other individuals, so it is believed that it was part of a fight for territory between the two rival groups, and one of them lost.”

He added that the entire story behind cannibalism is unclear. It is unclear whether the girl was trapped or if she participated in the fight.

“We do not really know the color of her skin and hair, but as it was the first population living in Europe and it came from Africa, probably crossing the Strait of Gibraltar, their skin and hair might have been dark, but this is still artistic license at this stage,” said Campos.

The experts’ findings have recently been published in the academic journal Anthropological Sciences.