To survive in the “cruel” cold-water-environment, sea otters have to consume 20-30 percent of their body weight daily. 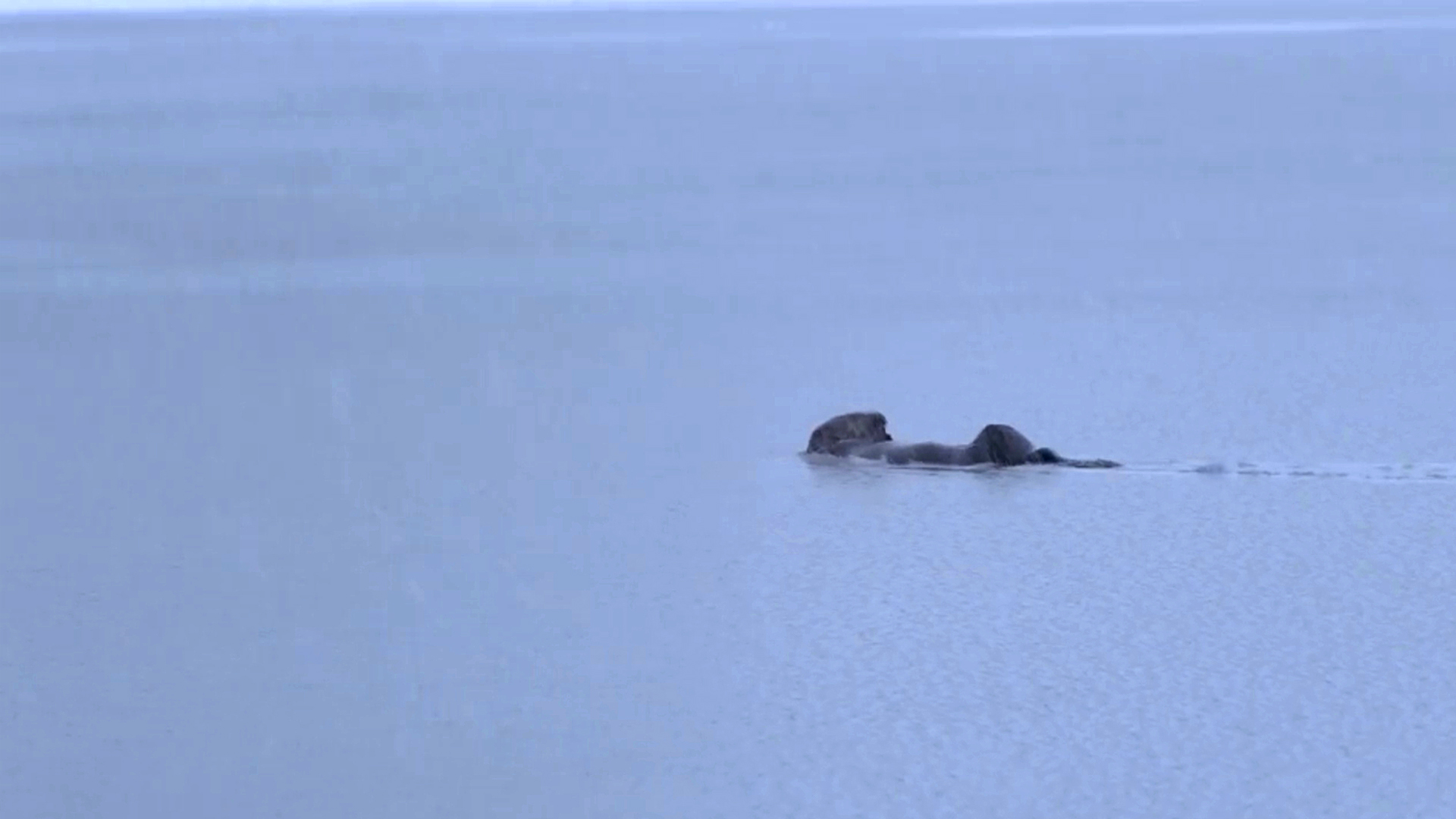 SEATTLE, Alaska — An adorable sea otter enjoys a swim despite heavy snowfalls that leave the surface of the lake covered with a layer of slush at Glacier Bay National Park and Preserve in Alaska during a recent snowstorm.

The video was shared by the national park staff showing the plucky otter utterly undisturbed by the falling snow creating a layer of slush which he powers through effortlessly in the search for a fish slack.

The otter seems utterly undisturbed by what is obviously freezing water and seems almost to be enjoying the conditions as he swims on his back, nibbling something from his front paws.

“Most of these animals are concentrated in lower reaches of the Bay. Sea otters consume large quantities of clams, mussels, crabs, and other invertebrates, some of which are commercially, culturally, or ecologically important,” said a spokesperson.

“Scientists have long known that increased predation on these species can cause long-term changes that ripple through the ecosystem.”

It may look easy, but to survive in the “cruel” cold-water-environment, sea otters have to consume 20-30 percent of their body weight daily.

More than 8,000 sea otters reside at Glacier Bay, according to the latest statistics from the National Park Service.

The sea otter is still classified as an endangered species. The recovery of this animal is considered a critical success for marine conservation.

As per reports from, Defenders of Wildlife hunted to near extinction in the 18th and 19th centuries, sea otters finally gained protections with the International Fur Seal Treaty of 1911. In the 1970s, they received additional safeguarding under the Marine Mammal Protection Act and the Endangered Species Act.

Worldwide, sea otters have slowly recovered but still stand far below their historical population numbers. While sea otters are vulnerable to natural environmental changes, their populations are significantly impacted by several human factors.

Historically, sea otters numbered between 150,000 and 300,000 animals throughout the Pacific Rim. The southern sea otter population, which once numbered about 16,000 animals, is hovering around 3,000 today.

It is listed as an endangered animal in the list of the International Union for Conservation of Nature.

Sea otters are key players in the health of the kelp forests they inhabit. They prey on animals that graze on kelp stalks, such as sea urchins, and so prevent them from becoming so abundant that they completely destroy the habitat. As a result of having such a huge effect on their coastal marine ecosystem, despite not being numerous, Sea Otters are called ‘keystone species’.

Indian State Faces Over 300 Cases Of Forest Fires In April

Building With A Mission: Nonprofit Takes On Youth Employment, Housing Shortage In Baltimore

Despite Petition By Hundreds Of Thousands Of Kenyans Against IMF Loan, Government Borrows Billions

For Many African Refugees, Uganda Is The Hoped-For Route To The West

Inflation Worries? Here’s What A Business Needs To Do