Sugary round treat gave its name to a beloved Latin American sitcom character. 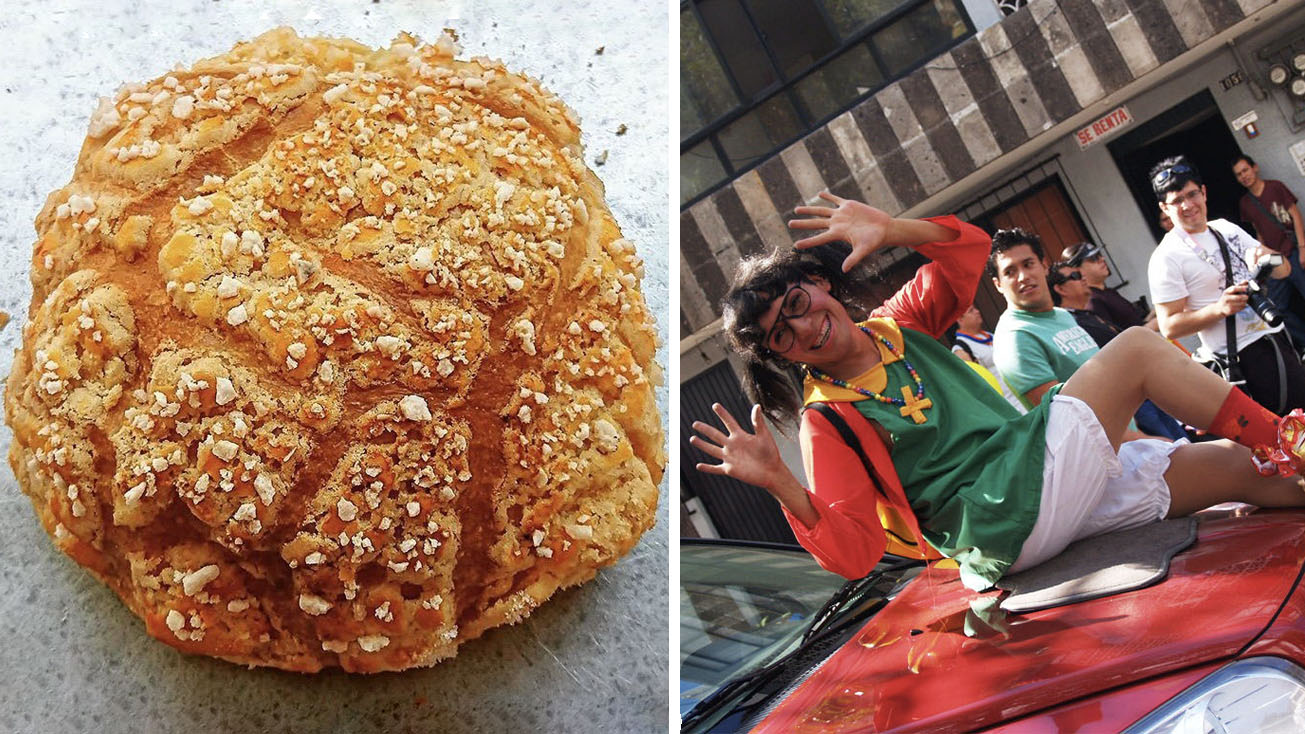 The traditional chilindrina is easily recognizable by its color and shape, as well as its sugary cinnamon balls. (Christian Valera Rebolledo/Café Words) (Karla Nney Medrano/Flickr)

Whenever a Latin American hears the word “Chilindrina,” they probably think of a character from the famous Mexican TV sitcom “El Chavo del Ocho,” played by María Antonieta de Las Nieves. But they may not know the name also refers to a type of bread deeply rooted in Mexican culture.

Popular with children, chilndrina is a semi-spherical sweet bread whose main characteristic is its decorations made of brown sugar and cinnamon and, sometimes, chopped walnuts. When in the oven, these small decorations look like freckles on a face. Hence, the TV show’s creators took inspiration from this type of bread to create the character of “La Chilindrina,” a freckled child who lives with her father in a low-income housing complex known as “vecindad.”

“I don’t know if there was a specific and exact date when chilindrinas became popular as a sweet bread option. What I know is that nowadays it is one of my most popular items. It has a special flavor, due to the piloncillo added to the mix,” said Alfonso Grajes, a master baker.

Many Latin American countries include bread in their daily diets, with Mexico being internationally distinguished for being one of the biggest consumers and one with the most varieties of bread. They accompany their piece of bread with coffee either as part of their breakfast or as a light dinner.

Regarding the chilindrina, there’s no mystery as to which came first, the bread or the TV character. In an episode of “El Chavo del Ocho,” — which ran from 1972-83 — Don Ramón, father of La Chilindrina, confesses she was named for the many freckles she had as a baby.

Although the sweet bread came first, it was due to the TV character that it became world-famous. After all, “El Chavo del Ocho” has not just been broadcast to all of Latin America (except for Cuba), but has also reached distant countries such as China, Morocco, India, Italy, Russia, and Angola, among others.

“I had always thought that the character came first and that the bread was just due to her popularity. Imagine my surprise when I found out it was the other way around,” said Luis Antonio Reyes, a 22-year-old real estate worker. “However, it changes nothing — the bread is delicious, and the character is loved throughout all of Mexico.”

Visitors to Mexico should not miss the opportunity to visit traditional bakeries to taste chilindrinas, as well as many other traditional types of bread.

“I always try to convince people to try out chilindrinas. However, they should not get them confused with ‘conchas,’ a remarkably similar and, at the same time, extremely different type of bread,” said Grajales.

“El Chavo del Ocho” show is currently off the air worldwide, due to a dispute over who owns the characters: the estate of creator and main actor, Roberto Gómez Bolaños, who died in 2014, or the Televisa network. However, there is no prohibition on enjoying the sweet bread bearing the chilindrina name.

“I don’t see a reason why I would stop producing chilindrinas, as it a popular item among my costumers,” said Grajales. “People keep asking for them, and, well, one must always listen to their customer demands; that’s what being a baker is like.”