Evanston Alderwoman Robin Rue Simmons broadens her focus to include all 50 states. 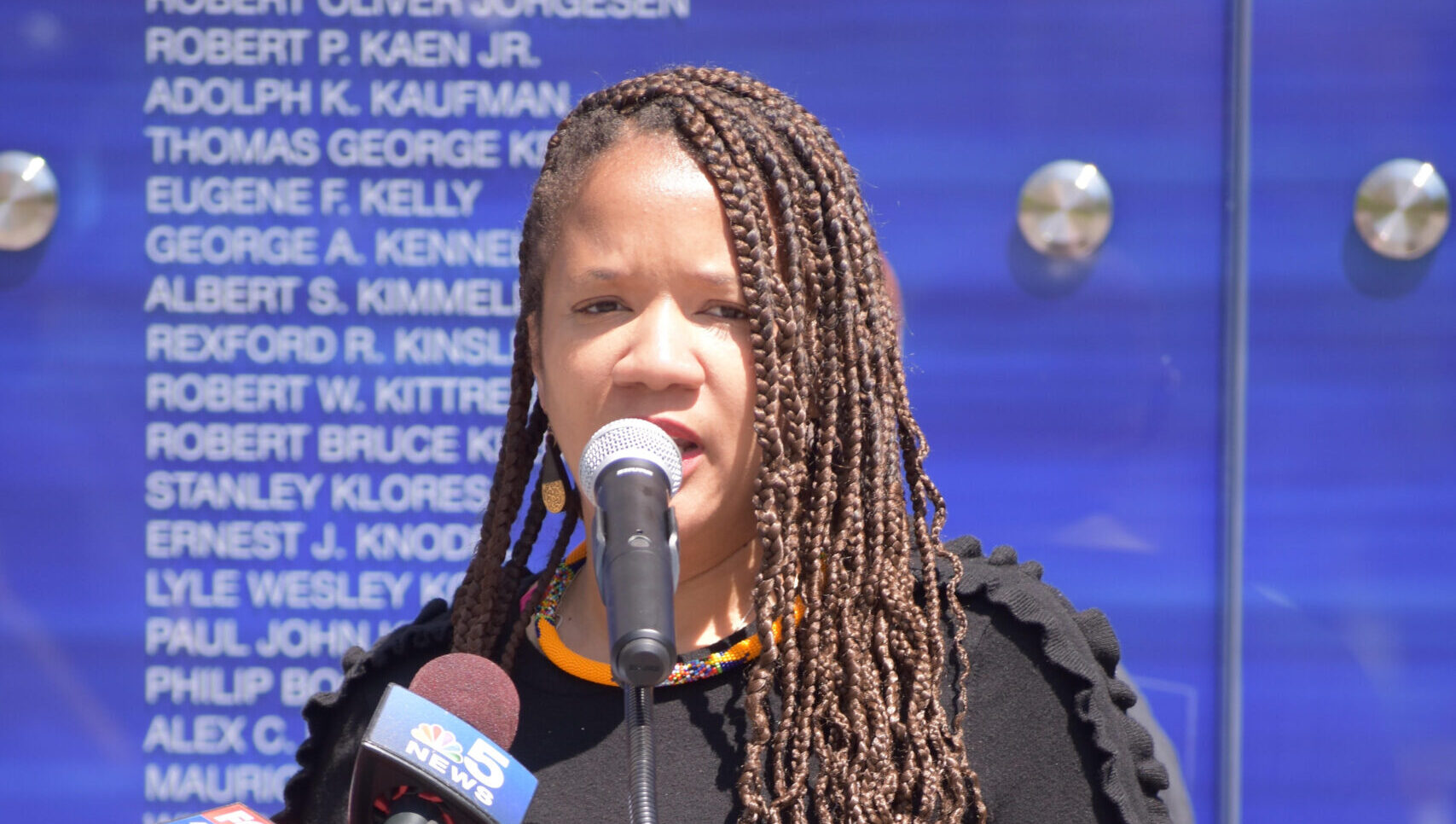 The lawmaker who initiated the first phase of a landmark $10 million reparations program for black residents of Evanston, Illinois, plans to take her effort to the national level.

Fifth Ward Alderwoman Robin Sue Simmons, who worked with the National African-American Reparations Commission on the Evanston program, has been selected by the commission to join their cause when her term ends on May 15.

Simmons championed a policy that grants $10 million of Evanston’s cannabis tax revenue for housing, education and economic development programs to benefit black residents. In the first phase, $400,000 will be spent on housing assistance for eligible black residents. The funds are available as $25,000 grants for such costs as down payments and repairs.

The reparations policy, which was approved in 2019, is the first of its kind in the country.

The National African-American Reparations Commission, also known as NAARC, co-created the model as one that could be used across the country.

“We took a smart approach,” Simmons told Zenger News. “A specific, measurable and attainable goal, with the values of our city, for racial equity and inclusion.”

The payouts will soon be available for black residents who lived in Evanston from 1919 to 1969 and faced housing discrimination, or to descendants of these residents.

Action on such reparations is also taking place on the federal level. The U.S. House Judiciary Subcommittee held a hearing in February on H.R. 40, which has 173 co-sponsors, all of which are Democrats. The bill, which establishes the Commission to Study and Develop Reparation Proposals for African-Americans, was introduced in 2019.

But support is not universal, either locally or nationally.

Alderman Thomas Suffredin of Evanston’s 6th Ward argued against reparations due to fiscal concerns. He was the only council member to vote against the initial program. He also voiced opposition to the housing grants before ultimately voting in favor.

Simmons said that outside of restoration of wealth, reparations embody “healing” for black Americans, which is one reason NAARC’s convener and president of the Institute of the Black World 21st Century, Ron Daniels, wants her to serve alongside him.

Daniels told Zenger News that Evanston now serves as a blueprint for cities and states developing their own reparations.

“This is (a) historical moment when you have a convergence,” Daniels said, “and people are calling for reparatory justice. Evanston just proved to be the place that had the right ingredients at the right time with the support of NAARC to bring it on.”

NAARC was formed in 2015 with the goal of introducing nationwide reparations for black Americans. Simmons’ primary duty on the commission will be helping other U.S. cities develop reparations policies.

California and New Jersey already have adopted the language of the U.S. House resolution into their own initiatives that will study and plan for reparations.

Simmons and the NAARC are optimistic about the prospect of national reparations as regional and national campaigns work together. With more programs like Evanston’s in place, federal funding would be easier to access and distribute, Daniels said.