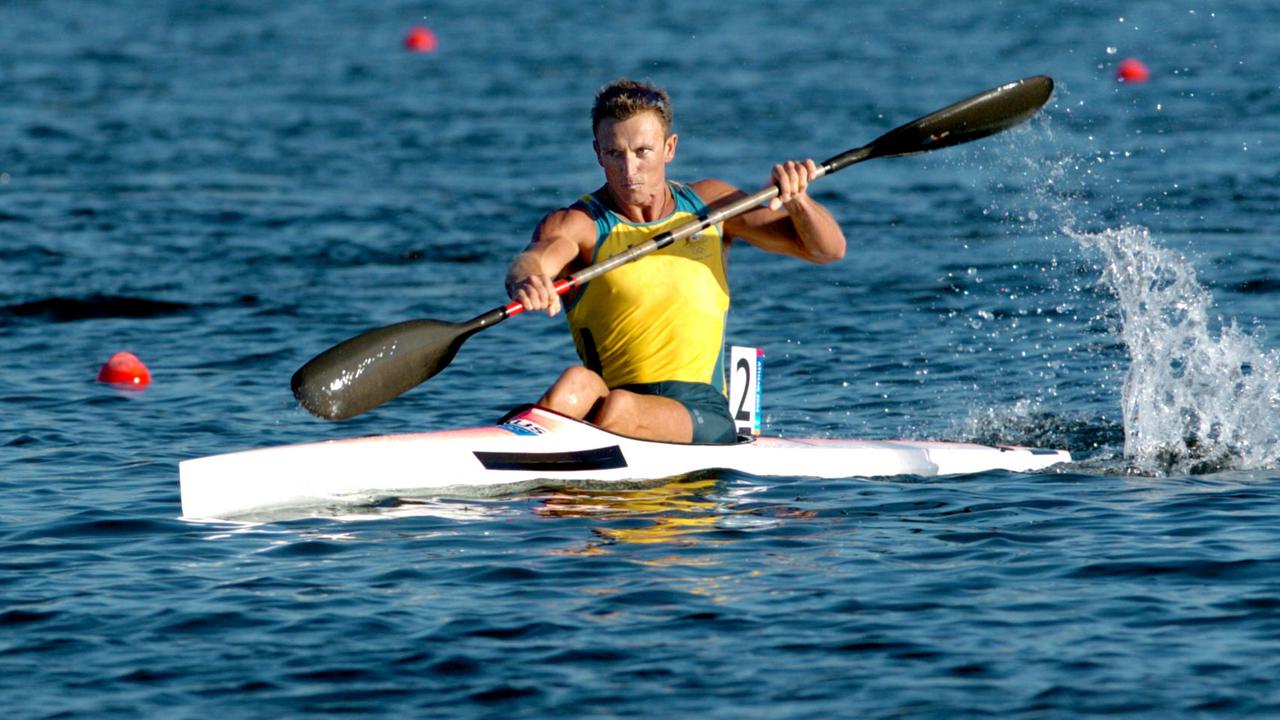 An August 28, 2004 file photo of Australian Nathan Baggaley on his way to finishing second in the K1 500 mens event at tthe 2004 Olympic Games in Athens. (AAP Image/Julian Smith, file)

BRISBANE, Australia — A jury should “think long and hard” whether a world champion kayaker is guilty of being involved in an alleged plan to import up to AUD 200 million ($154 million) worth of cocaine into Australia.

Olympic silver medalist Nathan Baggaley, 45, and his younger brother Dru Baggaley are accused of importing a commercial quantity of cocaine into Coolangatta on the Gold Coast, Australia, between December 2017 and August 2018.

Baggaley was arrested in mid-2019, about a year after his 39-year-old brother and another man, Anthony Draper, went out to sea before attempting to return to the mainland with 650 kilograms (1,433 pounds) of cocaine.

“You would (have to) think long and hard. Just as the police had to do before charging him, to conclude that the prosecution produced anything sufficient to get anywhere near reasonable doubt,” said Anthony Kimmins (his barrister) at the Brisbane Supreme Court jury on March 30.

had a “key role” in the importation, claiming he bought a rigid-hulled inflatable boat (RHIB) for AUD 100,000 ($77,378), got it ready, and covered its registration number in heavy-duty black tape before its voyage.

The Crown also argues Nathan Baggaley communicated or tried to communicate with his brother at sea and drove a boat trailer to Brunswick Heads, expecting to meet the cocaine-laden RHIB.

Nathan Baggaley admits he bought the RHIB, equipping it with navigation equipment and a satellite phone, but claimed that they wanted to run whale-watching tours from Byron Bay because he was “up for a career change.”

“I had no suspicions it was going to be used for anything like this,” said Nathan Baggaley in the court.

The trial heard Dru Baggaley and Draper went more than 300km out to sea on July 31, 2018, meeting up with a foreign vessel about 9.30 am the next morning.

Draper, 56, claimed Dru Baggaley recruited him to be part of a plan to bring smoko — (which he understood was marijuana) into Australia.

The court heard Draper testified as part of an undertaking made when he received a reduced sentence during earlier court proceedings.

But Dru Baggaley claims it was Draper who asked him to buy a boat, funded by Draper, and get it ready to meet a ship from Indonesia that would bring tobacco to be sold in Australia.

In return, he would be able to keep the RHIB for his whale-watching business.

“Draper ordered me onto the boat before the high-seas rendezvous, warning he would tell “dangerous people” where the Baggaley family lived,” said Dru Baggaley.

“I didn’t want to be on that boat, that’s for sure,” he said (when asked if he was saying he had been kidnapped).

Black packages — later found to contain cocaine — were thrown off a foreign vessel about 11 hours after the men left Brunswick Heads.

They collected the bundles but threw them off the RHIB when pursued by a navy boat on the return journey.

Police arrested the two men before reaching the mainland.

He claims Draper admitted writing letters to Dru Baggaley while in prison, saying, “I’m sorry I tricked you” and that Dru Baggaley “thought it was tobacco.”

The eight-day trial heard 587kg of cocaine was recovered by the navy, but bundles continued to be recovered on the coast months after the alleged smuggling attempt.

A juror was discharged on March 30 amid concerns they were not complying with Covid-safe practices after Brisbane went into lockdown on March 29. They were replaced by a reserve juror.