The motive for the double murder of a brother and sister in Melbourne remain a mystery after 31 years.
By Steven Jancetic April 1, 2021
Facebook
Twitter
Linkedin
Email 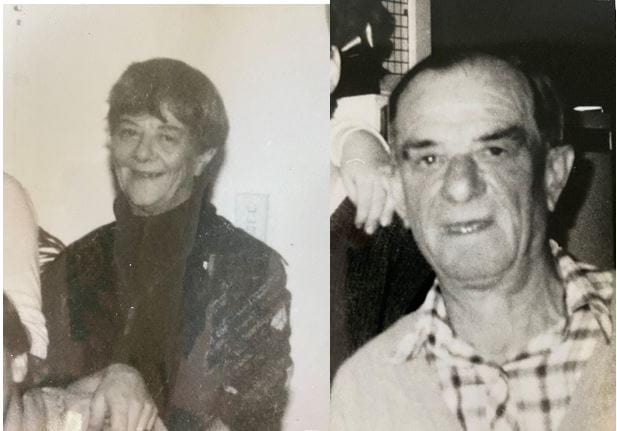 Doris McCartney and Ronald Swann were found dead in the Keith Street home they shared on 22 October, 1989. (Victoria Police)

MELBOURNE, Australia — A huge reward is being offered for information about the cold case murders of a brother and sister in Melbourne’s south-east more than 30 years ago.

Doris McCartney, 71, and Ronald Swann, 69, were found dead in their Keith Street home in Moorabbin, a suburb in Melbourne, Victoria, Australia, on Oct. 22, 1989.

Both had been assaulted, but investigators have been unable to discover why they were killed.

But Victoria Police believe someone came to the property to meet with Doris, and there was an altercation.

“Doris was a widower, and her younger brother had moved into her Keith Street home to support her,” Homicide Squad Detective Inspector Tim Day said on March 30.

“From all accounts, they lived a quiet life, and police have never been able to determine why they were both murdered.”

Police are now offering a reward of up to AUD 1 million ($7,58,965) for information about who was responsible for their deaths.

“There will be someone out there who knows why Doris and Ronald were killed and by whom — 31 years is a long time to carry a secret,” Inspector Day said.

The pair was last seen alive at about 6 pm on Oct. 22, 1989, with a friend of Doris’ visiting their house the following morning at about 9 am and discovering their bodies.

Inspector Day said on the night of the murders there was no sign of forced entry into the home, and nothing had been stolen.

“There’s a person of interest that we believe had an association with Doris and not Ron, the reason for that belief is something that I can’t speak to you about,” Inspector Day said.

He asked anyone with information to come forward, even if it seemed insignificant.

“To us, it may well just be the last piece of the jigsaw. People who commit most crimes don’t generally keep it secret,” he said.

Doris McCartney had been deaf since the age of 15 and had difficulty communicating with people.

After her husband died in 1979, her brother Ronald Swann moved in to help take care of her.

One of McCartney’s three children, Ian McCartney, said the long wait for answers had been a strain on the family.

He told reporters the family used to celebrate Christmas with a sit-down lunch for 45 people, but after the murders found they could no longer celebrate the occasion.

“It made Christmas an unhappy occasion, which I didn’t think was fair,” he said.

“Please, I beg you. Use your conscience before you go,” she said.

Police have yet to arrest anyone regarding the case.