Despite pandemic-driven restrictions limiting their audiences, these lively instruments continue to be heard. 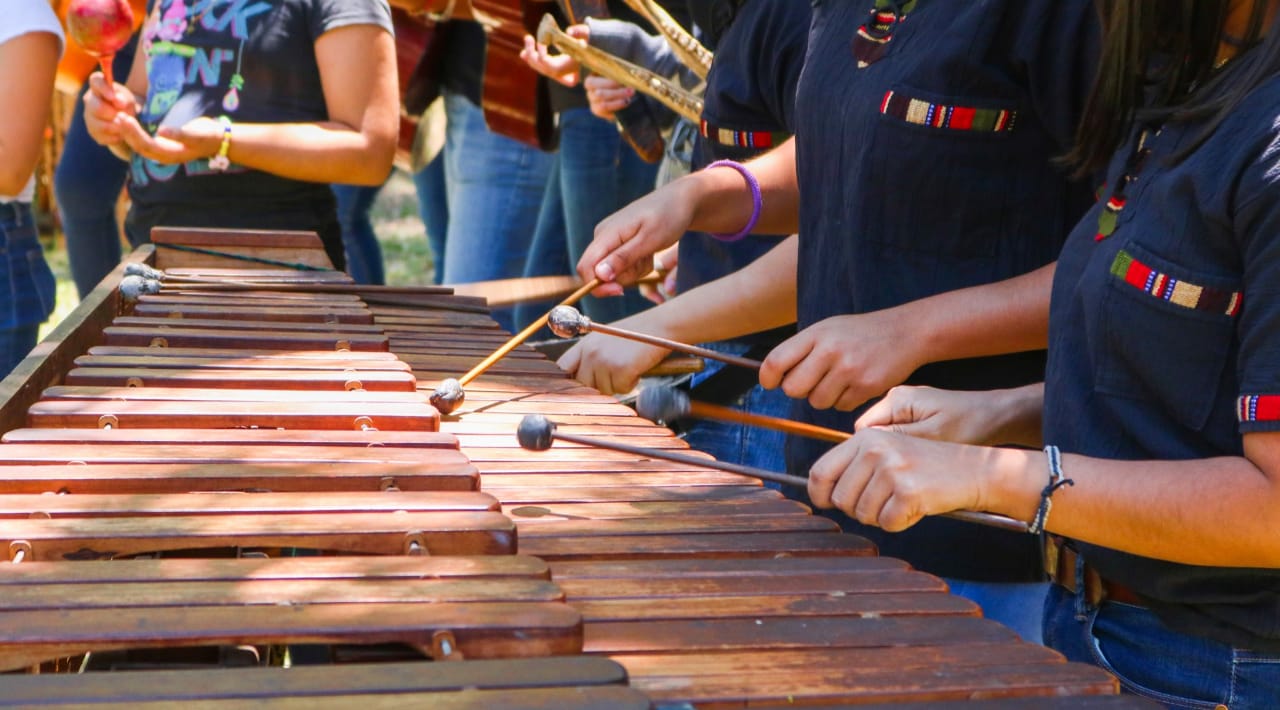 The marimba is a musical instrument believed to be of African origin that has been widely accepted in Latin America. (Christian Valera Rebolledo/Café Words)

From the safety of their homes, people can rock their hips and enjoy the Veracruz’s marimbas’ soft, cheerful tones directly from the streets. This instrument is endemic and famous in the Mexican states that border the Gulf of Mexico, particularly in Veracruz.

The instrument is widely popular, not only with the state’s inhabitants but also with national and foreign tourists who fell in love with it as soon as they set foot in the state.

Sadly, nowadays, the tones have been mostly muted.

The musical notes, extracted from the various woods that make up the marimba, have been silenced due to the COVID-19 pandemic, as the isolation and the health emergencies have lowered tourists’ levels in Veracruz as low as they’ve been since April 2020.

“It has been an uphill struggle since the start of the COVID-19 pandemic. First, it was because we had to isolate ourselves during several months, just like many people around the world,” said José Enrique Guerrero, a 55-year-old director of the Puerta del Sol Marimba group. “Then, due to the restrictions imposed by the government, we had also to limit how much we could work. And that is without considering that two of our members contracted the virus.”

The marimba is a percussion instrument made up of different wood sheets of various sizes, each with a specific pitch. They are struck with rubber mallets to produce musical notes.

It is widely believed to be of African origin, brought by slaves during the XVI century, though it did not become popular in the Americas, mainly in Mexico, Guatemala and Costa Rica, until the XVIII century. In the latter two countries, it is one of their national symbols.

Today, the instrument has also become a witness to the global pandemic.

“Before the pandemic, we always had tourists or a party that hired us as entertainers,” said Guerrero. “Nowadays, there are almost no parties or tourists. Even the vast majority of restaurants are closed, which means that we have even less work than expected.”

Despite the many struggles, the Puerta del Sol marimba group continues to make their way through the historical center of Veracruz, filling the now-empty streets with musical notes recognized by all Mexicans, such as “Veracruz” or “Noche Criolla,” both from famed composer Agustín Lara.

Although it’s said that music is one of life’s best medicines, the pandemic has put that belief to the test. According to Guerrero, his marimba music helps people cope with the stress and anxiety that come hand in hand with confinement.

“People have always said that music is helpful, and I think that there is some truth in the phrase, as we have seen people fill themselves with joy and hope while listening to our marimbas,” he said. “You can see them relax and begin to dance. As marimberos, this fills us with joy, knowing that we do something good for people.”

Thus, amid an economic and labor crisis that jeopardizes his family’s livelihood, Guerrero and the rest of the marimberos fill the music-less city with a bit of joy to let people continue their daily lives during the pandemic. They are armed only with their marimbas, all necessary health precautions, and the courage to do what needs to be done.

“As long as God wills us to be able to continue, there will be marimbas in Veracruz,” said Guerrero. “And I am not only referring to my group, as there are several marimbas here. However, my group and I will continue to play as long as we can, like the Titanic orchestra that played amid that catastrophe.”