Mexico is testing a program that would provide these women with various benefits and protections.
By Christian Valera Rebolledo April 1, 2021
Facebook
Twitter
Linkedin
Email 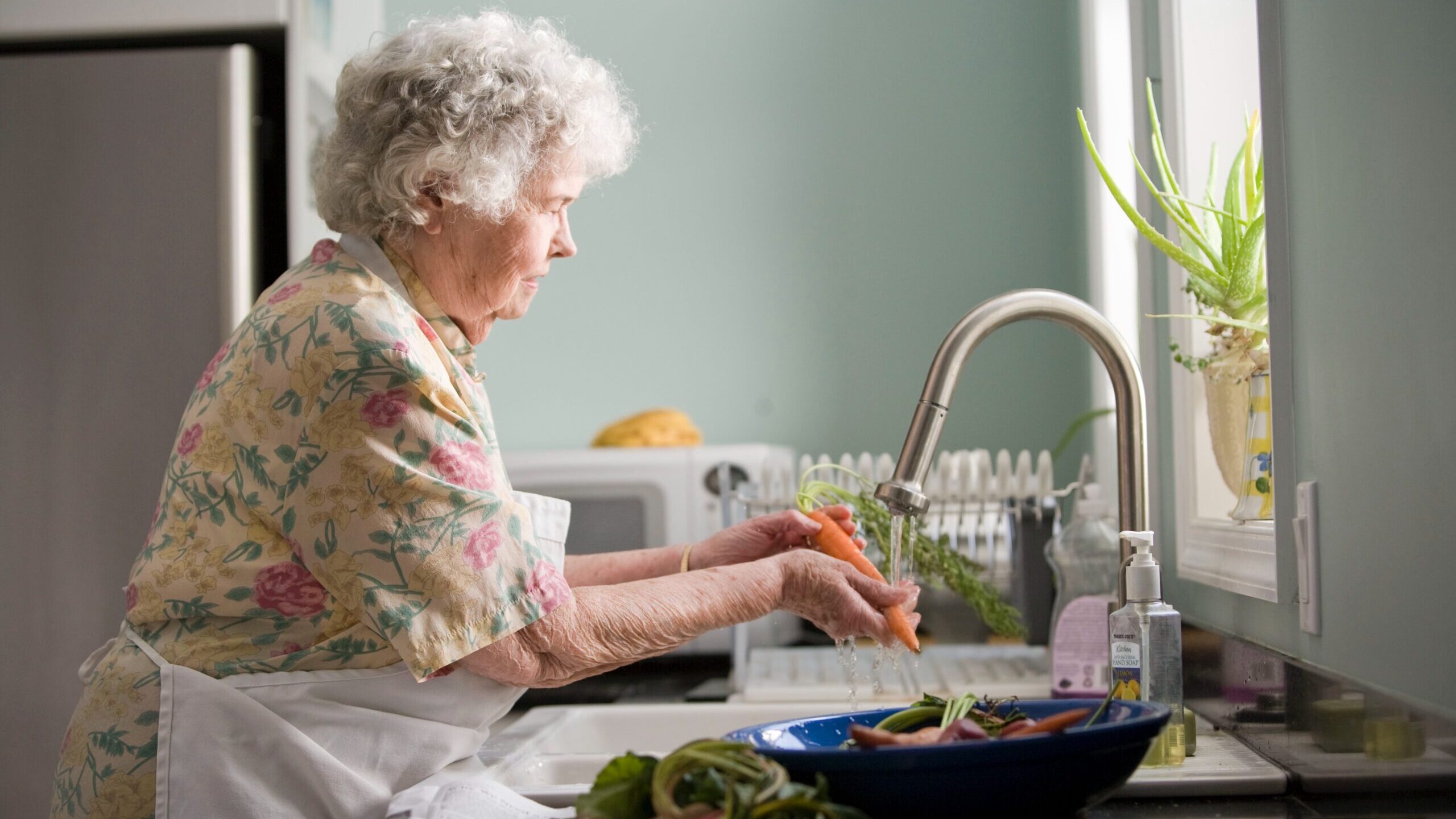 Women who work in someone else’s houses are not entitled to a pension, and so are unable to stop working even during their old age. The Mexican government is testing a program to improve their situation. (CDC/Unsplash)

Domestic work is a double-edged sword for Latin American women.

While it is a viable job option, it is also martyrdom for many women: an imposition of old gender roles and constant abuses.

“I have been working in several houses since I was around 11-years-old,” said Ignacia Velasco, 63, originally from Paso del Macho, Veracruz. “My family was impoverished, so I liked to earn money. My parents told me: ‘Tomorrow, you will help that lady, Missus X.’ All of this happened during the early 1960s when indigenous women did not have the same rights as the rest of the population.”

Mexico is a country with a high level of gender disparity. Despite the many feminist marches and social advances, women still face serious issues, ranging from discrimination in specific work career fields to sexual abuse in the workplace. They are heightened for women engaging in domestic work, according to the National Council to Prevent Discrimination (CONAPRED.)

In Latin America, housework is usually carried out by a vulnerable sector, mainly by indigenous or women of color. They have to work long hours in exchange for meager wages without any social support or legal benefits.

As a child, Velasco faced both good and unpleasant moments. Although she did not consider them abuse at the time, some of those situations have given her pause during her old age.

“Back in my village, there was a house where they did treat me well, but where I had to do a massive amount of work,” she said. “I used to have to wake the children up and cook them their breakfast. Then, I had to take them to school — an opportunity denied to me. Despite being also a girl, I did not and could not go to school. Afterward, I had to wash the whole family’s clothes and cook everyone’s meal. Finally, I had to tidy up the whole house. Nowadays, I know it was not normal to place that workload to an 11-year-old girl.”

Velasco used to do her job robot-like, taking pleasure in the fact that she was paid at the end of the week and could spend some of it on a soda. For her, this was a luxury. The rest of the money went to her mother to help pay the family’s expenses.

“There were seven of us, and we had to eat three times a day,” she said. “Money was necessary.”

There are many dangers for a girl dedicated to that life.

“I can now see that I did not have a decent childhood,” said Velasco. “I am grateful that I was never physically abused, yet I suffered harassment from my bosses because they found me pretty. Fortunately, the harassment never became sexual abuse.”

In a moment of reflection, Velasco realized she never had any benefits or social security and could not access a pension, which has forced her to keep working.

“Today, as a 63-year-old woman during the pandemic, I have to continue dedicating myself to my work in a trustworthy house. Although I do not have per se any benefits, the family has helped me whenever I face any struggle.”

Mexico’s answer to their struggles

Mexico’s government launched a program for domestic workers to give them economic, social and health security. These benefits are all done through the Mexican Institute of Social Security (IMSS.)

These benefits include medical, hospital and pharmaceutical services, such as obstetric and disability care, pension and retirement fund.

The program has been in testing mode for almost two years. At some point, it could help thousands of Mexican women dedicated to this labor.

The families where these women work recognize their value.

“To be fair, having someone working with my house is a blessing because we are three adults and a 5-year-old girl,” said Claudia Cuevas, a 43-year-old merchant who has supported Velasco for the last six years. “We trust her fully and can count on her. We let her work her way throughout the house, and she is free to leave in case of emergency, knowing she is an honest person who will take care of our home. Further, we clicked and get along very well. Perhaps that is why the employment relationship we have maintained for several years has flourished.”

Cases like Velasco’s are repeated throughout Latin America, which is the reason why next March 30, the ‘International Day of Domestic Workers’, will serve as the framework to pay tribute to these essential women who have deprived themselves of time they could have given to their own families to work in other people’s homes.