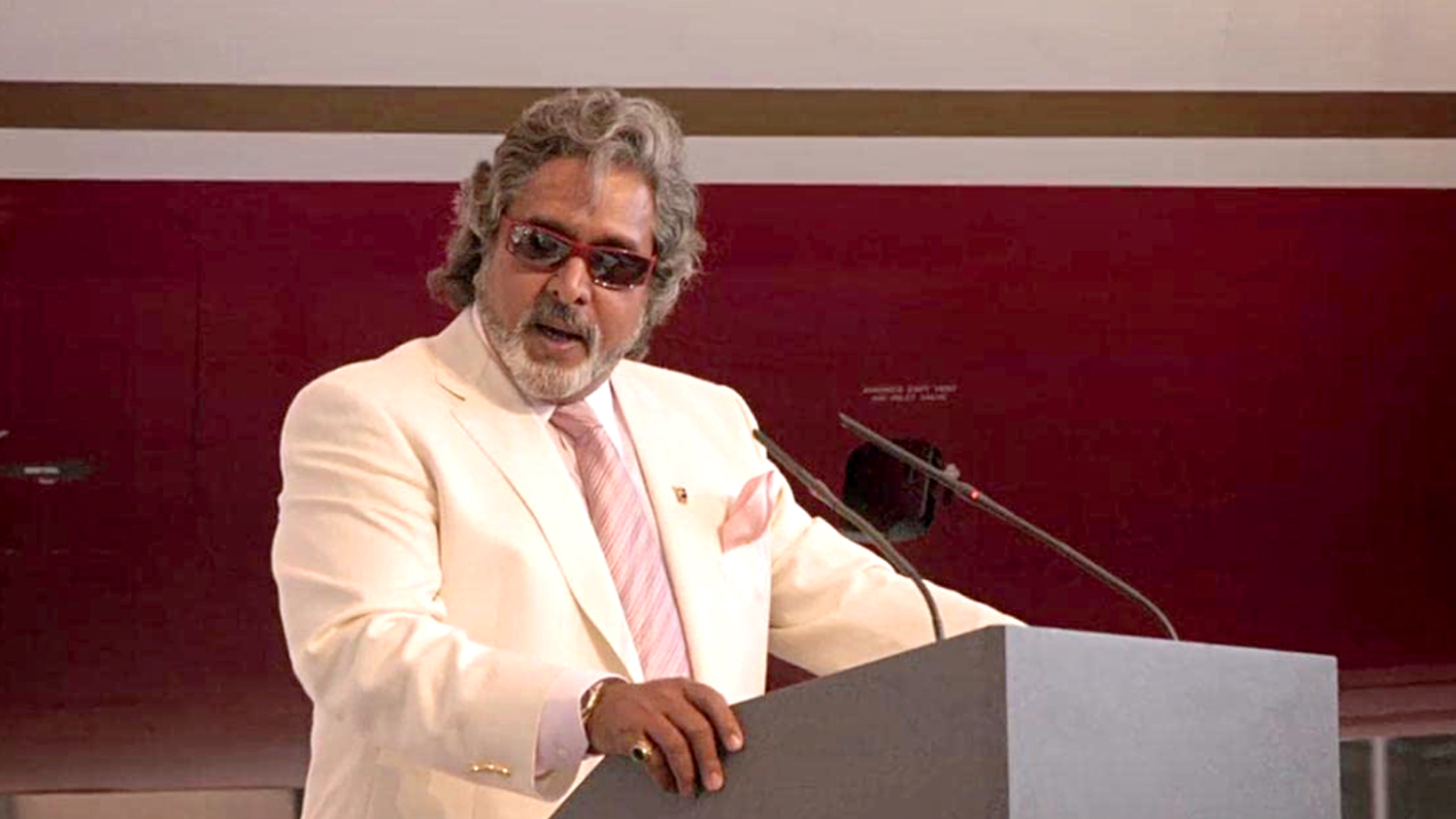 Vijay Mallya had a unique dressing style, hopped around with international celebrities, and lived a lavish lifestyle. (IMDb)

Liquor baron Vijay Mallya is under investigation by multiple agencies and faces charges of cheating, criminal conspiracy, and diversion of loan funds of an estimated INR 9,000 crore ($1.23 billion).

Subrata Roy, the founder of Sahara India Pariwar, is behind bars on a complaint that his firm deceived investors in a proposed housing project of INR 25,000 crore ($3.4 billion).

Most of these men have promised a perfect rag to riches story, raising enormous curiosity among the people. And Indian filmmakers are cashing in on these real-life stories.

“With the basic groundwork done by media, filmmakers try to embellish the lives of the alleged scamsters with interesting characters and take cinematic liberty to create an interesting storyline.”

Indian filmmaker Hansal Mehta released a nine-part web series titled “Scam 1992: The Harshad Mehta Story” in October 2020, based on the book “The Scam: Who Won, Who Lost, Who Got Away” by journalist Sucheta Dalal and Debashis Basu.

“We all have a God and devil side to us,” actor Pratik Gandhi, who played Harshad Mehta in Hansal’s web series, told Zenger News.

“When you see or read about flawed characters, you suddenly feel humane. It was exciting to create a character that was so layered — one side he was so faithful to his family, and on the other side, he left no chance to exploit loopholes in the system,” he said.

The show was an overnight success.

Around the same time, Netflix came up with “Bad Boy Billionaires: India,” a documentary anthology web series that explores banking scams and frauds by Mallya and Roy. The series also features infamous diamantaire Nirav Modi who is being investigated in an over $2 billion fraud.

“There have been cases of white-collar crimes, but they haven’t been reported like they are now,” Pavan C. Lall, who wrote “Flawed: The Rise and Fall of India’s Diamond Mogul Nirav Modi,” told Zenger News.

“Nirav Modi had built a reputation and had stores in the richest locations in the world. But nobody knew him 10 years ago.

“With an entertainment perspective, there is big money, there are loud, flashy characters, and the odds are very high. People are interested in seeing what went wrong with the central characters driven by greed,” Lall, who appears in the portion on Nirav Modi in “Bad Boy Billionaires: India,” said.

It would not be wrong to say that several makers are now jumping onto the bandwagon of stories of scams and financial crimes.

“The herd mentality has always been a hallmark of the entertainment industry,” said Nahta. “One biopic or love story clicks, 20 people jump into the bandwagon. That’s the case here, too.”

There is particular interest in India’s 1992 stock market scam. Other than Hansal, director Kookie Gulati is coming up with “The Big Bull,” featuring Abhishek Bachchan. This film is loosely inspired by the life of Harshad Mehta and will release on April 8.

After the success of “Scam 1992: The Harshad Mehta Story”, Hansal is all set to return with the next season. Tentatively titled “Scam 2003: The Curious Case of Abdul Karim Telgi”, the series will delve into the life of Abdul Karim Telgi, who earned a fortune by printing fake stamp paper in the early 2000s.

Reports from the time say Telgi created a team of over 300 people and had some government and police accomplices to sell fake papers in bulk to big firms, including banks. The size of the scam was estimated at over INR 100 billion ($1.4 billion).

“Bad Boy Billionaires: India” also wanted to tell the story of B. Ramalinga Raju, former chief executive of Satyam Computers, who was convicted of manipulating accounts worth INR 14,162 crore ($2.6 billion) in 2015. But the final episode on Raju remains encumbered by legal injunctions and is yet to be released.

Now, Indian filmmaker Nagesh Kukunoor is directing a web series based on the life of Raju. It will be based on a book, “The Double Life of Ramalinga Raju”, by Kingshuk Nag.

Charles Sobhraj, a French criminal and serial killer whose crime spree made him Interpol’s most wanted man, also has been a topic of interest. He was called a ‘bikini killer’ due to the attire of his victims. Director Prawaal Raman based his 2015 film “Main Aur Charles” on him.

Now, Netflix is set to premiere an eight-part series on April 2 based on Sobhraj. Titled “The Serpent,” it stars Golden Globe nominee Tahar Rahim and Jenna Coleman, known for her act as Queen Victoria in British historical drama “Victoria.”

The similarities between all these tycoons are that they all had a flamboyant self-image and got caught up in the convenience of corruption in the system.

However, the conflict lies with the filmmaker — whether to depict them as fallen “heroes” or just fraudsters who took away the public wealth for their own personal interests.

“These are people who had millions of fervent admirers and have been loved by all,” Indo-Canadian filmmaker Dylan Mohan Gray told Zenger News. “They were shining lights and the future of Indian capitalism in their times. No denying that.”

Gray helmed “The King of Good Times,” one of the episodes on Mallya in “Bad Boy Billionaires: India.”

“A lot of people who weren’t part of the elite considered Vijay Mallya to be the maverick, the game-changer. He used to be treated as someone with a Midas’ touch,” Gary said.

“He had a unique dressing style, hopped around with international celebrities, and lived a lavish lifestyle. It’s a strange relationship that people had with him, but with this hero-worship, you could also be torn down easily once you lose that wealth.”