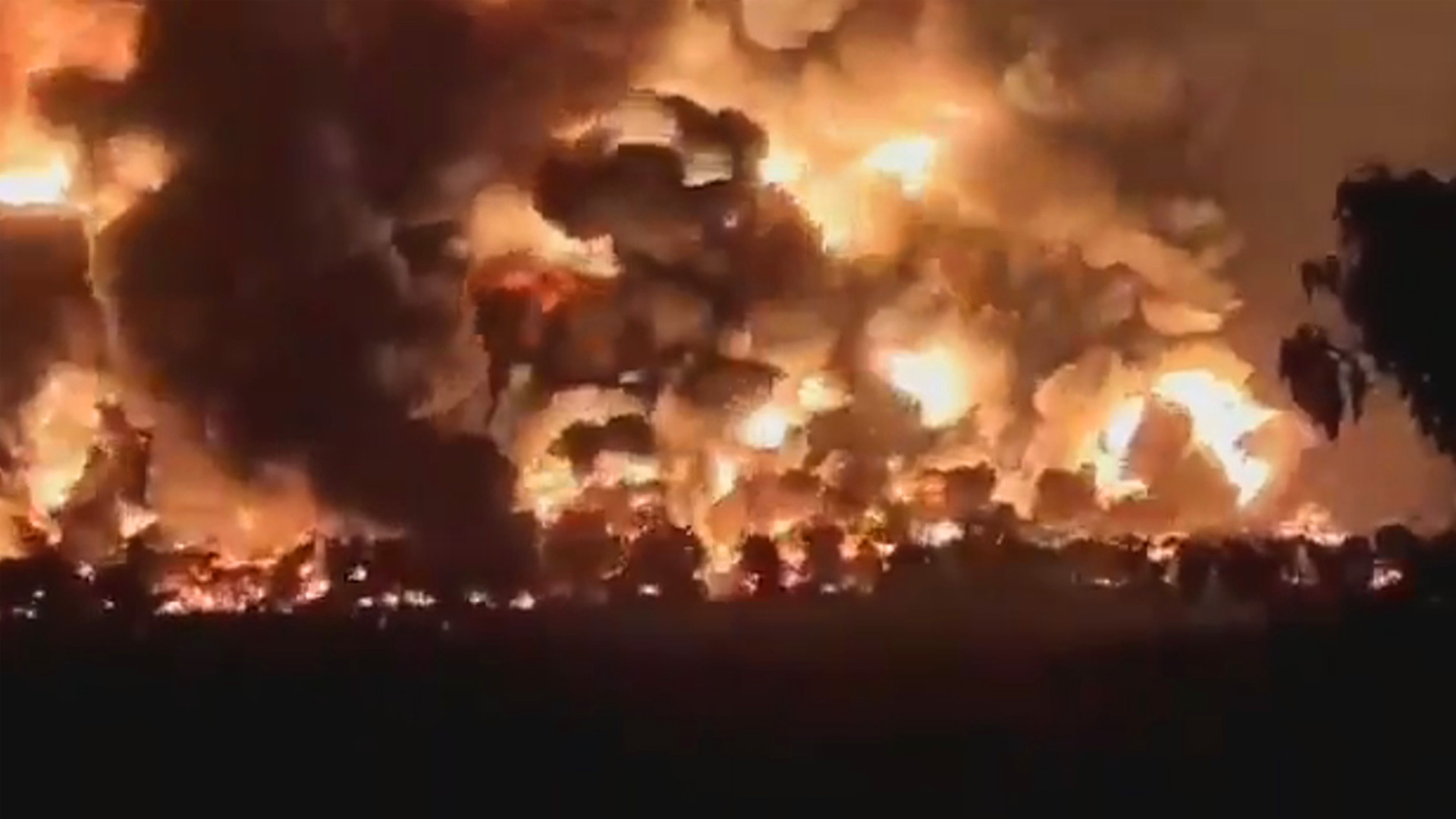 BOGOR, Indonesia — A recent video captured the moment a vast fireball sent thick smoke high in the sky after an explosion at an Indonesian oil refinery.

The incident, that occurred at the Pertamina Balongan Refinery in the province of West Java on the island of Java on March 29, left 20 people injured and three people are missing.

“Five people were seriously injured, 15 people were slightly injured, and three people are still being searched for”, said Dr. Raditya Jati, the head of Disaster Data, Information and Communication for BNPB.

“Currently, a normal shutdown is being carried out to control the flow of oil and prevent the expansion of fires. Pertamina has prepared a place for evacuation and temporary evacuation for residents in the Sports Center for Bumi Patra Housing, Pendopo, and the Indramayu Regency Islamic Center,” read the official statement by Pertamina Balongan Refinery.

The footage shows towering plumes of black smoke and flames rising into the sky above the refinery.

As per reports, the fire was localized within the refinery’s bund, a protective wall for potentially dangerous substances, which means it will not spread to other areas.

“We received the information earlier that there was a leak in the burning tank pipe,” said Ahmad Dofiri, chief inspector of West Java Regional Police.

The cause of the fire is not known, but it was confirmed that it started during a thunderstorm.

The affected site is one of Indonesia’s largest refineries and also one of its most important as it provides fuel and petrochemicals to the greater Jakarta area.

The president-director of the refinery, Nicke Widyawati, gave a public statement to apologize for the incident and ensure the public that the refinery continues to run and the national supply of fuel is safe.

“We will optimize products from other refineries so there are no obstacles in the supply of fuel. The main processing plant was not affected. The fire was only in the tank area. The refinery will be operational again immediately when the blackout is over,” Widyawati said.

Industrial fire or fire accidents are common in the urban cities of Indonesia, including Jakarta and Surabaya. A research article on the urban fire situation in Indonesia finds that most fire accidents occur in residential areas.

“This is caused mainly by electrical faults. The casualties and direct loss are relatively low. Simultaneously, there is a long emergency response time of the fire brigade due to heavy traffic congestion and access difficulties,” the article states.

“Discussion is focused on public behavior, fire service performance, urban strategy, and building design. It is suggested that specific works on fire protection should be taken by increasing public awareness, improving a unified fire incident reports, empowering building law enforcement to the community, and improving the household’s electrical products quality.”