Move comes on heels of normalization agreement between the Middle East countries. 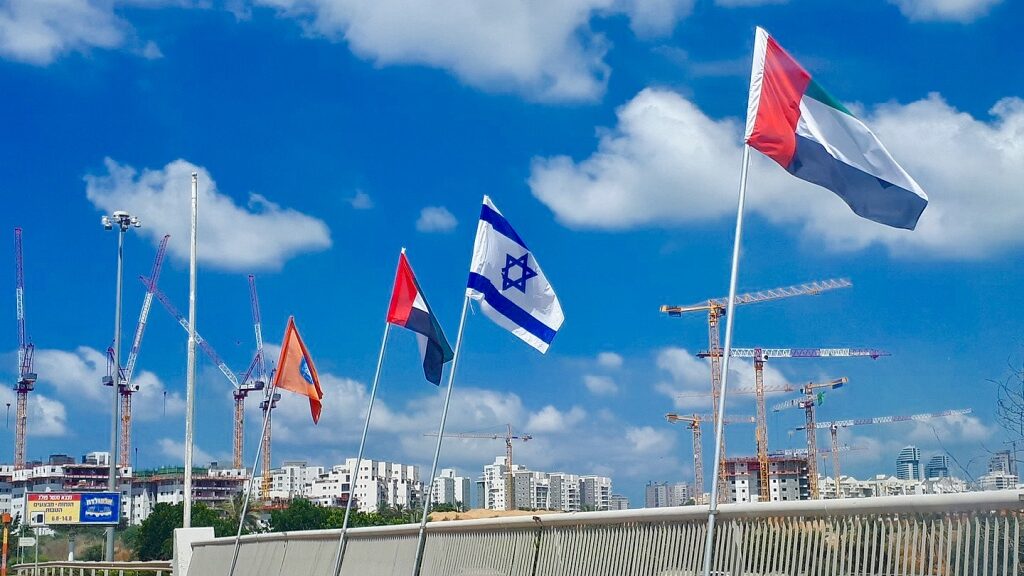 Flags of Israel and the UAE, together with the flag of Netanya, flown on Netanya's "Shalom Bridge" over Highway 2. (TaBaZzz/Wikimedia Commons)

The United Arab Emirates plans to launch a $10 billion fund that will invest in what it has deemed to be strategic sectors in Israel, including energy, manufacturing, water, space, healthcare and agri-tech.

The fund, it said, follows through on the Abraham Accords, or the normalization agreement that Israel signed with the UAE and Bahrain in September. It was followed by an agreement with Sudan in October and with Morocco in December and has seen cooperation blossom across various fields.

“This initiative is an integral part of the historic peace accord signed by the UAE and Israel with the United States’ support and demonstrates the benefits of peace by improving the lives of the region’s peoples. It is a manifestation of the new spirit of friendship and cooperation between the three countries, as well as their common will to advance the region,” the agency said.

«Previous Post
Some, But Not Much, Relief In Sight At The Gas Pump»Next Post
The Fortune 500 Companies That Want To Be Hacked