The Foot-Washing Ceremony: A Tradition Of Love And Humility

The empathetic ritual dates to the Last Supper when Christ performed it for his disciples.
By Christian Valera Rebolledo March 31, 2021
Facebook
Twitter
Linkedin
Email 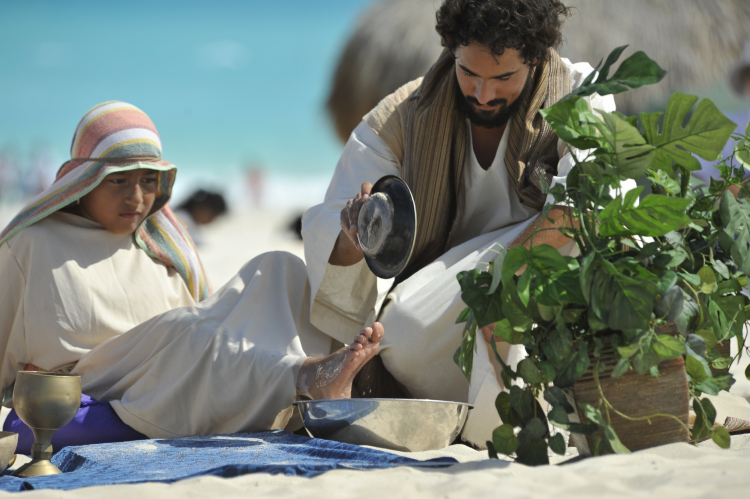 For Roman Catholics, the washing of the feet ceremony is full of symbolism. It represents the vocation of service, humility and equality that Christ’s followers should practice.

The tradition goes back to what became known as the Last Supper when Jesus performed this ritual for the first time. After the meal, he laid aside his outer clothes, wrapped a towel around his waist, and washed and dried the 12 disciples’ feet, according to Saint John’s Gospel.

When he did so, he set an example, showing humans that they can do the same for others, guided by love and kindness.

The washing of the feet reminds believers that social distinction is unimportant. Christians think that all humans are siblings and, as such, are equal to each other.

The washing of the feet “is a sign of humility on the part of Our Lord Jesus Christ,” said Marisol Luna, a catechist from Veracruz, Mexico. “It also teaches to serve others. [It shows that it is more important] to seek to serve, rather than to be served.”

The water in the ritual symbolizes purity, while the feet remind of the submission of the one who cleans or kisses them.

Today, the washing of the feet is a liturgical ceremony that takes place on Holy Thursday, which this year falls on April 1. In the Vatican, the Pope washes the feet of 12 poor persons, replicating Jesus’s act. Churches around the globe observe a similar tradition.

“I live it intensely because, for me, it is something that God gave me, like a gift that was given to me,” said Alejandro Lezama, a 70-year-old parishioner from Puebla, Mexico. Lezama played one of the disciples in 2019, when Veracruz’s Archbishop Víctor Sánchez Espinosa washed his feet.

According to the Catholic Church, Jesus gave his life for the love of the world, saving humanity from eternal condemnation. When the world follows his example of service and humility, it can find the light and hope it lacks.

The washing of the feet may seem simple. However, in the view of believers, it expresses a profound act of understanding and empathy for others.