The 42-year-old, charged with killing his wife, was facing trial in the New South Wales Supreme Court. 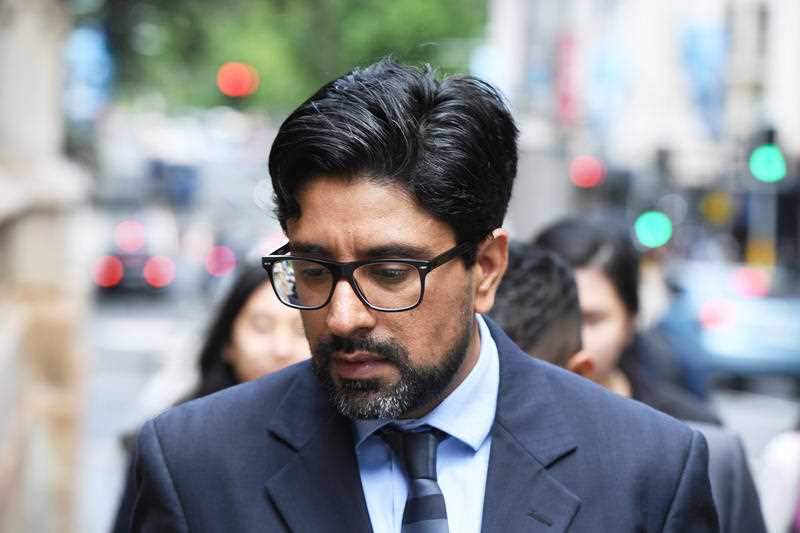 Kulwinder Singh, 41, has pleaded not guilty to murdering his 32-year-old wife who sustained burns to 90 per cent of her body in a petrol-fuelled blaze at their Rouse Hill home in December 2013 (AAP Image/Peter Rae)

SYDNEY — More than seven years after Kulwinder Singh’s wife died in a petrol-fuelled blaze, Singh was acquitted of her murder.

Kulwinder Singh, 42, had pleaded not guilty to murdering Parwinder Kaur on December 2, 2013, at their Rouse Hill home in Sydney’s north-west.

The Crown’s case was that he poured petrol over his 32-year-old wife and set her alight after arguing about finances, including his requests, to contribute to the mortgage.

The defense says she set herself on fire to create a “drama,” confident that Singh would put out the blaze.

The Supreme Court of New South Wales is the highest state court of the Australian State of New South Wales. It has unlimited jurisdiction within the state in civil matters and hears the most serious criminal matters.

Neighbors have also testified to hearing Kaur’s high-pitched and piercing scream, while one heard Singh say “fire, fire,” followed by, “I’m a good man, I didn’t mean for this to happen.”

Singh denied knowing how the jerry can of petrol and the lighter used had ended up in the house’s laundry, insisting he had not touched the jerry can for at least six months.

Kaur suffered full-thickness burns to 90 percent of her body and died in hospital the next day.

In a post-mortem examination, she was found to have a three-centimeter bruise near her hairline and a contusion on her eyelid. A forensic pathologist believed was caused by two different blunt-force impacts.

Crown Prosecutor Philip Hogan said the relationship was an “unhappy” one, with Kaur calling her brother at one stage to say Singh had beaten her up and thrown her out of the house. She had also indicated she wanted to divorce him.

On a visit to India, Singh allegedly told his sister-in-law that if his wife wanted a divorce, he would disagree, saying, “We kill people, and nobody can find out.”

A jury of five men and seven women, which met on March 30, found Singh not guilty of murder after deliberating for three hours.