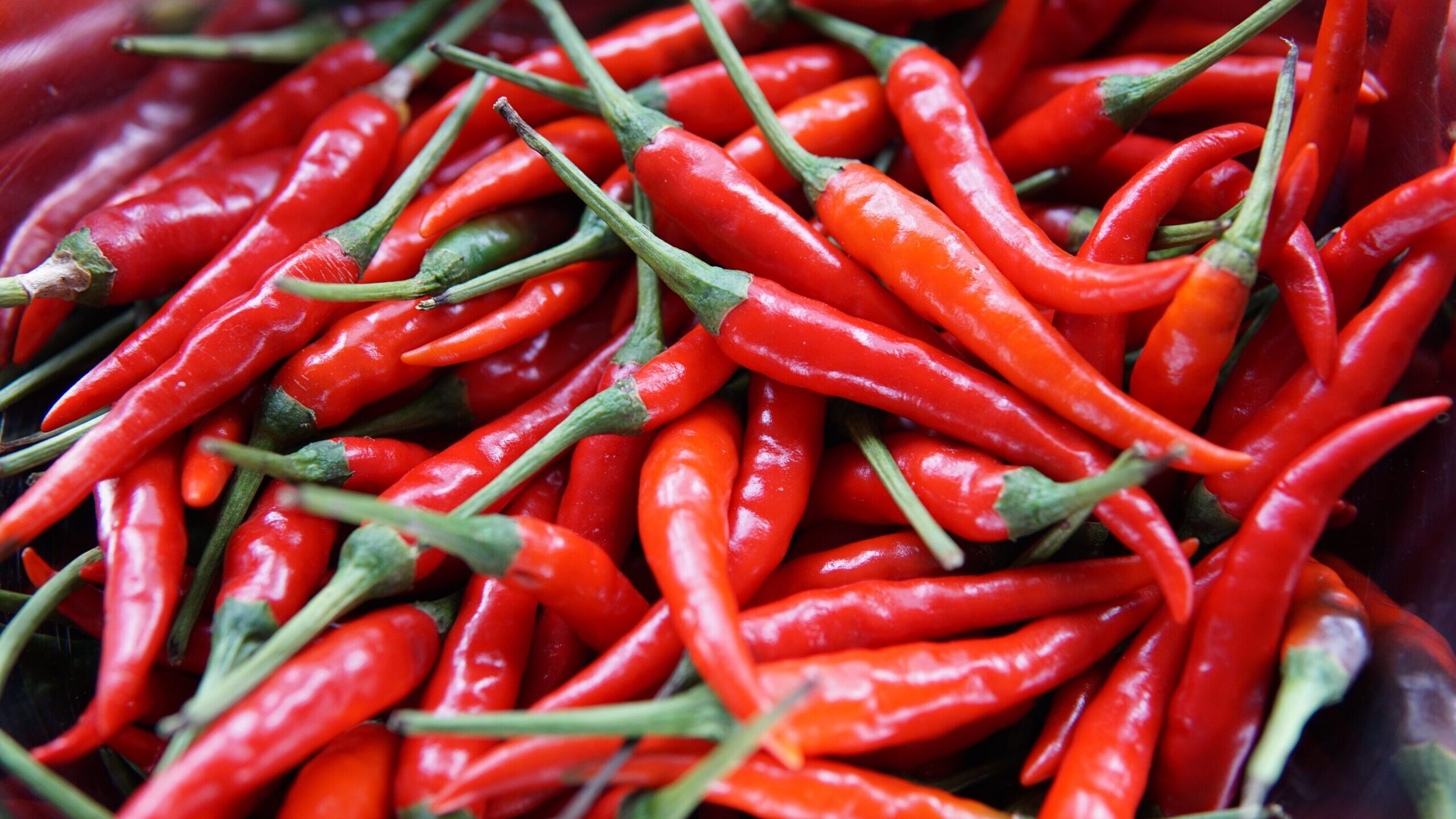 The use of peppers in the land that today is Mexico has a long history. Archeologists have found remains of capsaicin (peppers' active ingredient) in tissues that go back to 7000-1500 BCE. (Elle Hughes /Unsplash)

Peppers are among the main staples of Mexican food. Diners worldwide often associate Mexican dishes with a spicy twist that makes them fun to eat. Spanish even has the word “enchilado” to describe when someone’s mouth is on fire.

“If you didn’t add pepper to it, don’t expect the food to taste. Although one must say that there is spicy food and spicy food,” said David Alonso López, a gastronomy graduate from the Mexican University. “We are talking about something that goes hand in hand with our national culture.”

Mexicans have enjoyed peppers since pre-Hispanic times. The word “chilli” comes from Nahuatl, the Aztecs’ language.

“What Mexican stew is cooked without peppers? If [the recipe for] a stew does not have peppers, we will add them” afterward, said Alonso López.

Mexicans grow 64 different varieties of peppers. Some are mild, others may be a bomb and a few may itch in the mouth but not hurt the stomach.

Endemic to the Mayan region, the habanero pepper is among the spiciest but least damaging.

“We could say that the hottest peppers in Mexico are the chile de árbol and the habanero, although the [popularization of the] habanero is more recent,” said the chef, explaining that from the mid-1990s, Mexican cuisine has seen a rebound in its use.

The most popular pepper in Mexico is the serrano. It grows mainly in Puebla, Veracruz, Sonora, Hidalgo, Guerrero and the State of Mexico. Mexicans enjoy it raw, cooked, roasted or fried.

Many dishes in Mexican cuisine require dry peppers. But Mexicans are very particular because they know that all peppers have different properties and flavors.

Some pepper transformations are central to Mexican cuisine. When jalapeños are dried they become chipotle or morita peppers. Dried mirasol turns into guajillo, while dry chilaca becomes pasilla pepper. Dried poblanos becomes ancho peppers. Habaneros receive the same name when fresh and dry. Mexicans often call dehydrated serranos just dry peppers, and they are the most common in Mexican salsas, moles and marinades.

Some peppers bring more heat than flavor, while others add color to some emblematic Mexican dishes.

“Among the dried peppers, we can say that guajillo gives color and serrano brings a touch of heat. Those would be the most used throughout the country, especially in the central area that includes the state of Veracruz,” said Alonso López.

“I grew up eating spicy my whole life,” said 54-year-old Genaro de Jesús Alvarez. “Now it is not common to give pepper to children, but my parents taught me to eat it, from chilpaya to green peppers [serranos], and now I can’t eat anything without a spicy twist on my plate.”

Spicy food can be addictive. People who have grown used to it endure more and more the heat, and sometimes they prepare their salsas and condiments increasingly spicy.

“It has to bite. If it doesn’t, there is no point [in having a dish],” said Álvarez. “Sometimes I don’t think a particular food is spicy, but other people can’t eat it. It is a matter of taste.”