The vaccine will permit the elderly to slowly but steadily return to pre-COVID normalcy.
By Carlos Moron March 31, 2021
Facebook
Twitter
Linkedin
Email 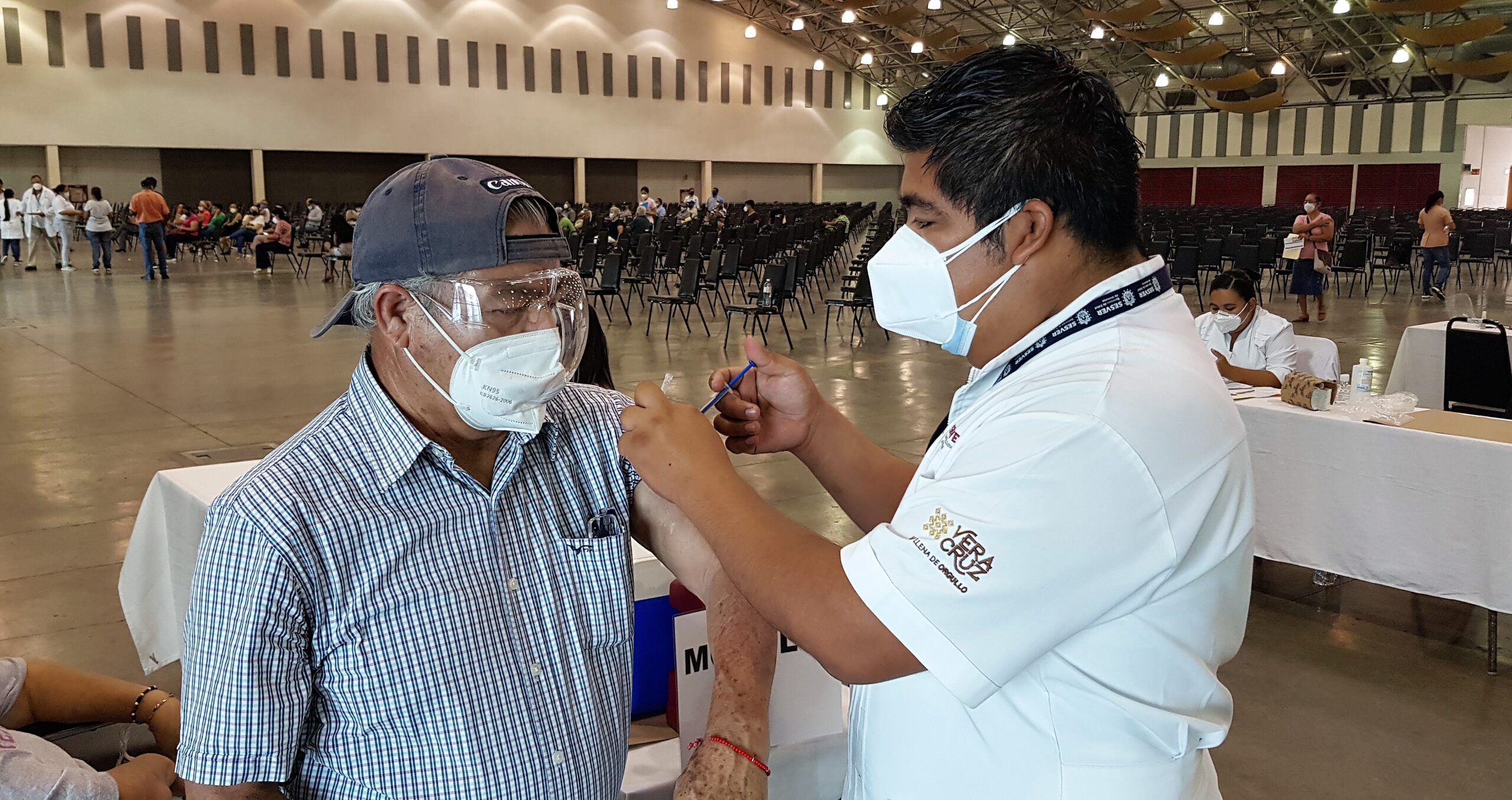 The application of the Pfizer COVID vaccine for the elderly has started in Boca del Río, Veracruz. (Carlos Ramírez / Café Words)

Mexico’s return to normalcy could be just around the corner if the vaccine offers the promised protection.

“This is the beginning of the return to our pre-pandemic life,” said Guadalupe Ramírez Ramírez, a 72-year-old housewife from Boca del Río, in Veracruz, Mexico. “The vaccine gives me hope that soon people will be able to go out to the streets again, be able to see their loved ones and hug their friends.”

However, precautions cannot be lowered yet.

“Although I know that I will be able to go out and do my shopping without fear of contracting the virus, I also know that, until everyone gets vaccinated, the country will be unable to return to ‘normal,’” said Ramírez Ramírez.

At the dawn of 2021, one year after people began to isolate themselves due to the COVID-19 global pandemic, the Mexican government has started a gradual vaccination campaign on the entire population. The first sector to receive the vaccine against the lethal virus was the elderly, the most vulnerable sector.

The Mexican vaccination plan began in the heart of the country, in Mexico City. After Mexico City’s municipalities began to vaccinate their population, the country’s northern and southern parts followed soon.

Veracruz began its vaccination campaign in the municipality that shares its namesake, followed by the state capital, Xalapa, and then in Boca del Río and Alvarado, and so will continue until they have reached complete vaccination in the 212 municipalities.

“Applying the vaccine to the elderly is a good way to start the country’s immunization. They are the most likely to contract the virus and to develop conditions that may compromise their health and prove to be fatal,” said Iván Portela Villanueva, a private doctor. “Vaccinating the elderly was the government’s best course of action.”

The Mexican government launched a 5-stage vaccination plan. The first stage was to vaccinate the front-line health workers who care for patients in COVID areas. The second stage is to vaccinate the elderly over 60 years of age; the third stage is those within a 50-59 age range; the fourth stage those between 40-49 years; and stage five will be the rest of the population.

“It is a good thing that our government concern itself with our health,” said Pedro Cortés Hernández, a 68-years-old PEMEX worker in Boca del Río, Veracruz. “We have given our life working to improve the country, and the least it can do is to take care of us when we are unable to do so. I was delighted when I was able to register to get my vaccine.”

“The application process was fast and efficient. Some people are just awaiting the second dose of the vaccine, and that will be it,” said Cortés Hernández.

The Veracruz government will be giving the second dose of the Pfizer vaccine in the coming weeks to complete the required dose for the elderly.