Mexican actress Adriana Barraza will be part of the cast. 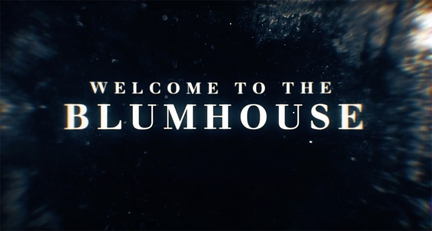 “Bingo,” a new film to be featured in the second half of the popular Blumhouse Television and Amazon Studios series “Welcome to the Blumhouse,” has revealed its entire cast, including Oscar-nominated actress Adriana Barraza as its star.

The “Welcome to the Blumhouse” film series follows the Blumhouse signature horror-thriller films, with up-and-coming directors who are women and/or people of color. The films also feature diverse casts, blending established and emerging acting talents.

Part one of “Welcome to the Blumhouse” included “Black Box,” “The Lie,” “Evil Eye,” and “Nocturne.” Both “Black Box” and “Nocturne” featured the talent of Latina cinematographers Hilda Mercado (“Black Box”) and Carmen Cabana (“Nocturne”).

Gigi Saul Guerrero directed “Bingo” and co-wrote it, along with Shane McKenzie and Perry Blackshear.

“Bingo” is one of the four films premiering later this year, alongside “The Manor,” “Black as Night” and “Madres.” “Bingo” is the latest of Saul Guerrero’s award-winning directorial resume with Blumhouse Television. Her previous Blumhouse collaborations include Hulu’s television series “Into the Dark: Culture Shock” and “The Purge” series episode “Hail Mary.”

“Bingo” follows a group of elderly women led by Lupita (Barraza), as they fight against gentrification in their beloved Oak Springs barrio. As they fight, their beloved bingo hall is about to be sold to a presence whose influence exceeds money.

Lupita is described as a strong and stubborn “chingona” (badass), who grew up in the barrio of Oak Springs, a neighborhood formerly full of crime and dangerous characters. Lupita has dedicated her life to lifting the neighborhood and creating a community the residents could be proud to call home.

Barraza is an established actress with an impressive international career of over 40 years in film, television and theaters. Born in Mexico, she gained international regard acting in the 1999 critically acclaimed and Oscar-nominated film “Amores Perros,” directed by Alejandro Gonzalez Iñárritu. In 2006, Barraza  again teamed with Iñárritu, acting in a supporting role in “Babel,” gaining an Oscar nomination for Best Supporting Actress. Most recently, Barraza has appeared in “Dora and the Lost City of Gold,” “Penny Dreadful: City of Angels” and “We Can Be Heroes.”

Tony award-winning actress L. Scott Caldwell will play a leading role, too. An established actress of television, film, and theatres, Caldwell is the “witty, loyal and though grandmother” Dolores and Lupita’s best friend.