VIDEO: Howl’s About That? Houseproud Pooch Who Loves To Do His Owner’s Chores 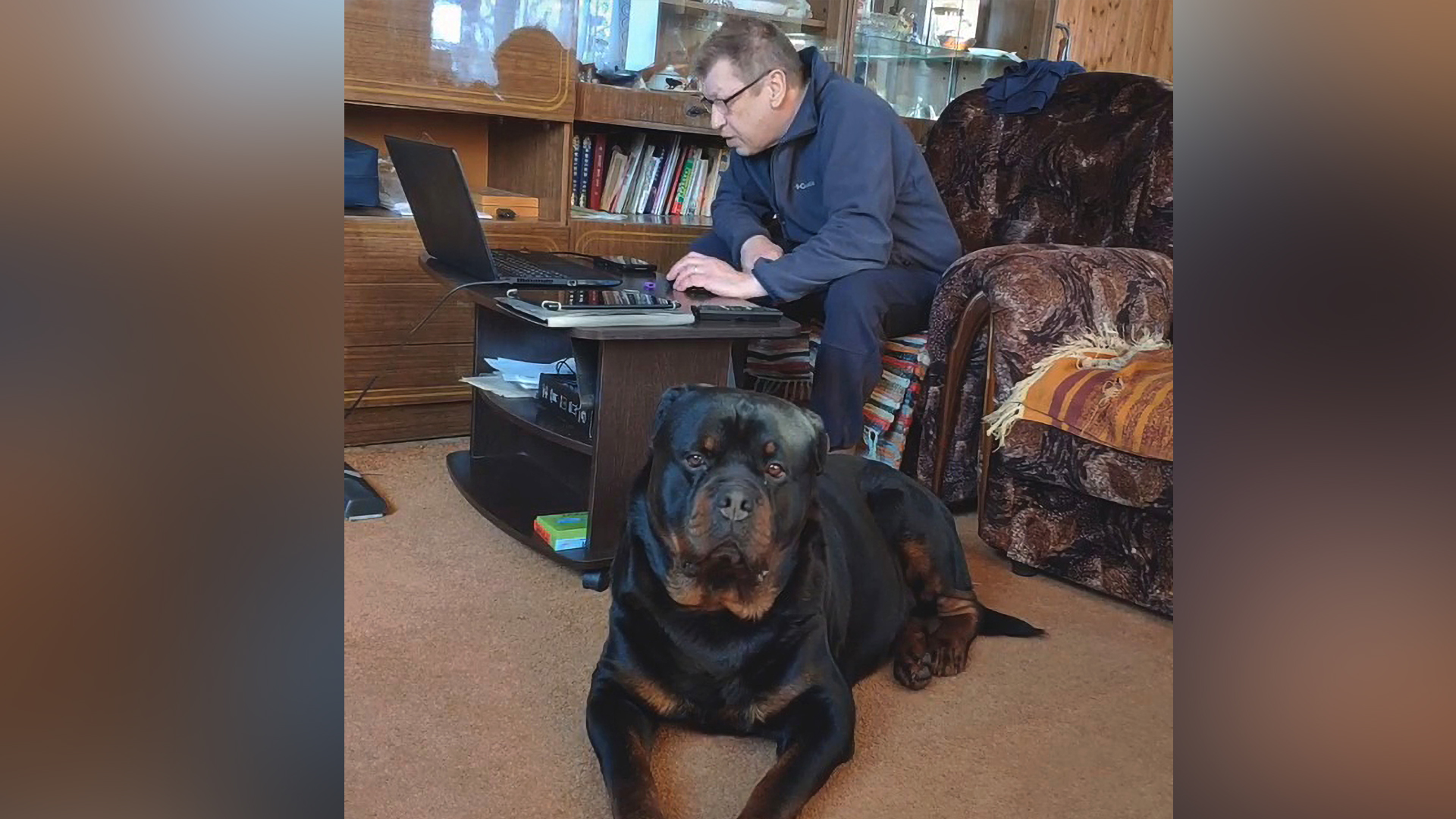 Dyusha helps his owner with everyday chores, including taking out the recycling bins. . (@rott_catfront/Newsflash)

NAKHABINO, Russia — A video of a chubby dog named Dyusha helping his owner with everyday chores has taken over the internet by storm.

Yuri Odinokov, from the city of Nakhabino in the district of Krasnogorsky in the Russian region of Moscow Oblast, is the proud owner of four-year-old Dyusha.

Dyusha not only helps his owner with the household chores like taking out the recycling and helping him put on and take off his coat and shoes, but he also attracts scores of followers on social networks. The dog racks up over 6 million views monthly.

Yuri admits he has not yet got used to the idea that he can make good money on social media.

“Well, this is potentially a gold mine, I hear people can earn money here. I am a good teacher, a good trainer, but I am a bad businessman,” he said.

In one video posted on his social media, Yuri is heard saying, “Dyusha bring the remote control. No, not this one, another. You are my clever one.”

Dyusha chooses the wrong remote control to start with; however, he gets praised when he brings the correct one on his second try.

In another video, Yuri is heard saying, “Dyusha, bring me a drink and a glass of water; you are my bunny. Thank you.”

The faithful pet then delivers the desired drink before high-fiving its owner.

The third video shows the dog carrying an empty plastic container outside the recycling bins.

“You are my bunny, Dyusha, give me shoes, close the door, you are smart. Take off my jacket and from this hand, too. Well done, sit,” Yuri is heard saying in another footage.

Despite the dog’s online fame and training, Yuri’s neighbors are not convinced and surprisingly confessed to the local media of being scared of the enormous canine.

Canines, when trained, can become friendly support for their owners. As per a new American Pet Product Association National Pet Owners Survey, only four percent of the dogs in the U.S. take a training class.

About 94 percent of Americans who own dogs train their dogs at home.

“In addition to this, around 90 percent of dogs know the ‘sit’ command, which makes it the most well-known dog command. The majority of dog owners believe their animal companion is trained better than a stranger’s dog,” as per research on dog training statistics in the U.S.

Approximately, 63.4 million American households own at least one dog.

“Reports show that there has been an increase in the number of pet dogs. This is mostly caused by the overall rise in the U.S. population,” the research states.