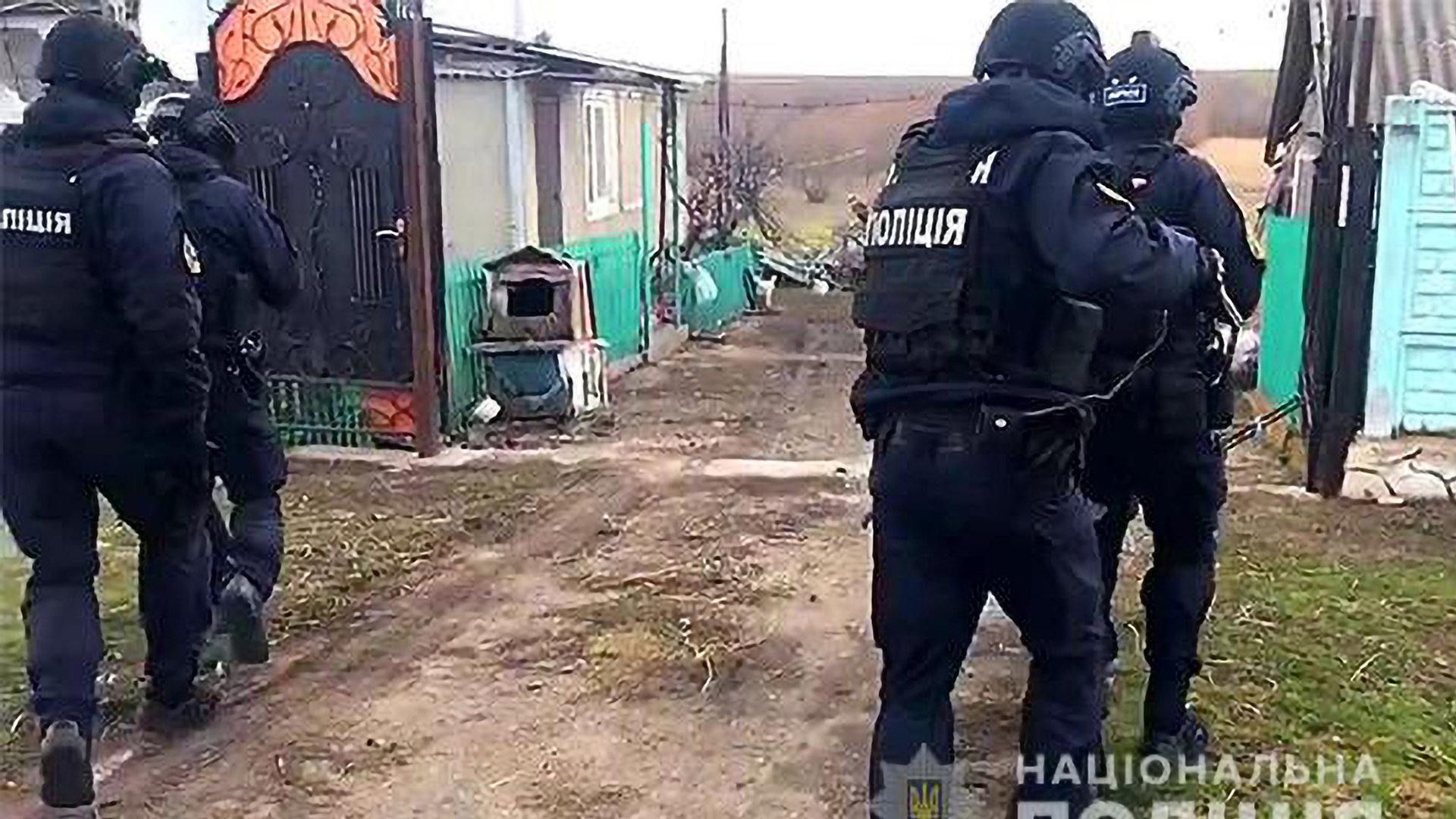 The duo reportedly controlled the activities of the group members, the distribution of money. (@Police of the Mykolaivshchyna/Clipzilla)

MYKOLAIV, Ukraine — Four members of a major drug trafficking group led by two women were arrested during an anti-drug operation in the Ukrainian city Mykolaiv on March 23.

After a previous investigation, officers from the Mykolayiv Regional Police Department, and agents from the Department for Combating Drug Crime and the Rapid Operational Response Unit, conducted 10 search warrants at the residences of pre-identified suspects.

“Four suspects, including one of the leaders, were detained under the suspicion of drug trafficking by a group of people, and a pre-trial sentence will be chosen soon,” said a police report.

As per the local media, the pre-trial investigation revealed that two women, aged 43 and 45, had organized the major drug trafficking operation in which they sold methadone on the territories of the Yuzhnoukrainsk and Pervomaisky regions in the county.

The duo reportedly controlled the activities of the group members, the distribution of money, and the men who worked for them guarded and controlled those involved in the retail sale of the drugs.

A 52-year-old resident of Odessa was identified as the supplier of the drugs.

Later, the police concluded that the criminal group consisted of six people aged between 31 and 52.

During the search of the suspects’ homes, cops confiscated several liters of methadone,  mobile phones, bank cards, starter packs of various mobile operators used by the group in their illegal activities, and other physical evidence.

They are now facing a sentence of up to ten years with confiscation of property.

As per the National Institute of Drug Abuse reports, substance abuse is of epidemic proportions for the last 15 years in Ukraine. The problems’ growth is critical today. The consumption of alcoholic beverages is estimated to be responsible for about 9 percent of the total disease burden within Ukraine.

“Marijuana is growing in popularity among young people, and use of synthetic drugs is appearing with increasing frequency,” states the report. “Hard drugs such as cocaine and heroin are too expensive for the average Ukrainian citizen, so their levels of abuse are still not significant.”

Drug addicts aged 20-30 years are becoming a general category of users. This is a distinguishing feature in recent years, which corresponds with the general European tendency.

Drugs have also contributed to the growth of HIV infections. In 2002, Ukraine registered the highest, and among the fastest-growing, rates of HIV infection in Eastern Europe.

“The spread of HIV is being driven by injection drug use and, to a lesser but growing extent, unsafe sex among young people,” states the report. “Cases of parent-to-child transmissions have shot up. Today, 40 percent of those infected with HIV/AIDS in Ukraine are women. Some 97 percent of HIV-positive children were infected by their mothers.”