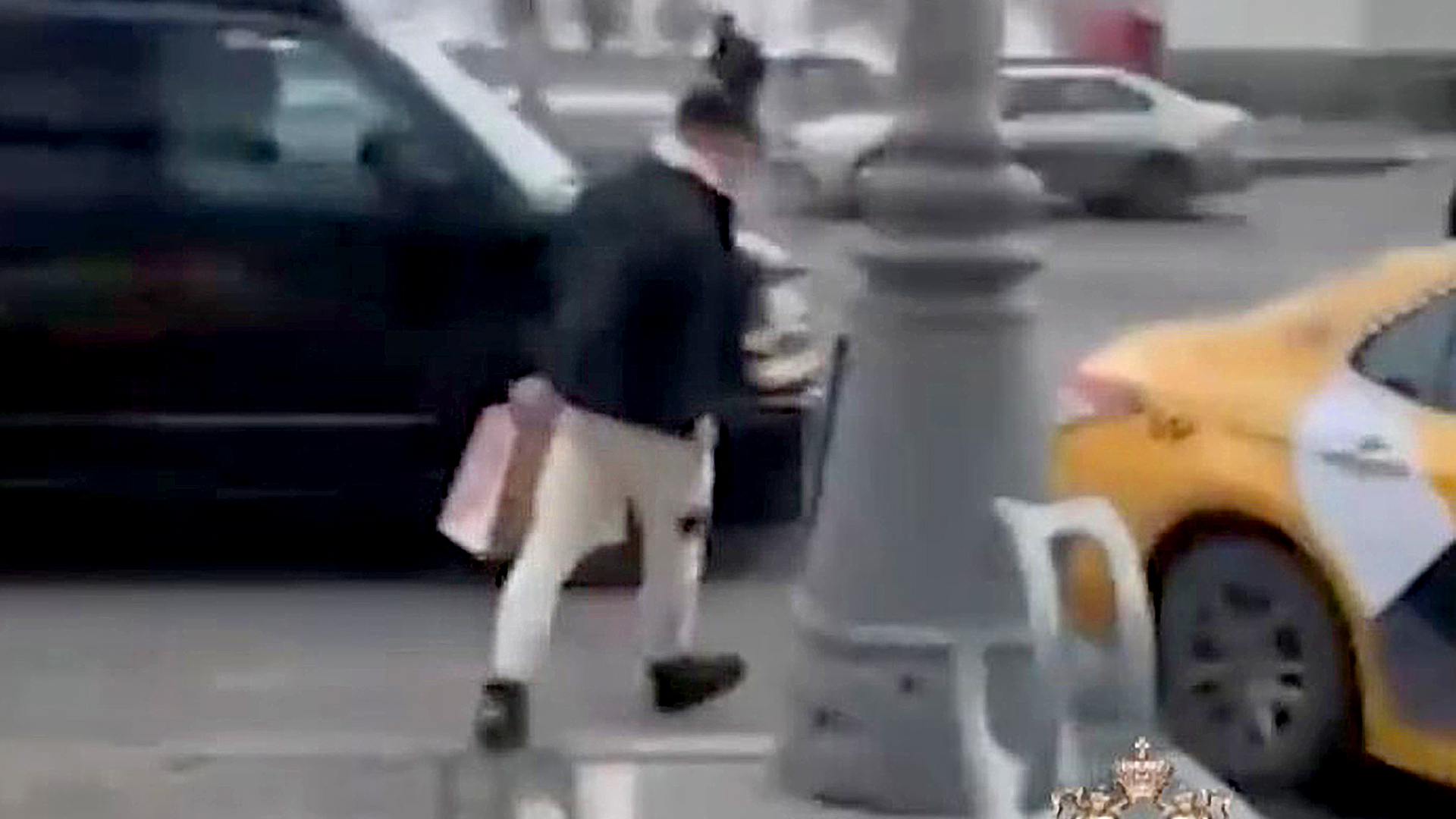 Two of the three pranksters are Russian citizens, while the third is from a neighboring country. (@The Ministry of Internal Affairs of Russia/Newsflash)

MOSCOW — A group of pranksters has filmed themselves pretending to steal a business taxi, but it backfired.

The three pranksters returned the taxi several minutes later, but one was arrested and remanded in custody. All three face up to seven years behind bars.

The prank was filmed in front of a business center in Moscow, later announced by Russia’s Ministry of Internal Affairs on March 24.

“Criminal investigation officers of the MIA of Russia Division for the Presnensky District of Moscow detained three citizens of one of the neighboring countries on suspicion of misappropriation of an expensive car,” it said in a statement.

“It was preliminarily established that the young people had called for a business class taxi on the Presnenskaya embankment. A German-made car worth more than 3.5 million Rubles ($46,000) arrived at their order.”

The video shows two of the pranksters walking out of the building and into a business-class taxi parked in front waiting for them.

The vehicle was reported to be a BMW. A third prankster approaches the taxi a little while later, forcing the driver to step outside again to help him place his bags in the boot of the car.

The passenger jumps into the driver’s seat and takes off with the car as the taxi driver runs after the vehicle but quickly gives up. The angle changes to show the prankster laughing at his successful prank.

The video ends, showing the taxi driver speaking on the phone and pacing around.

Local media said the car was returned several minutes later when the pranksters told the driver the truth of what had happened. However, the unsuspecting man was not at all pleased and decided to contact the authorities.

All three suspects were arrested on the same day at Marshal Zhukov Avenue, near the place where they filmed the prank.

Two of the three are Russian citizens, while the third is from a neighboring country, but it is unclear which one.

Investigator of the MIA of Russia Division for the Presnensky District of Moscow initiated a criminal case on the grounds of an offense under part 2 of Article 166 of the Russian Criminal Code.

The police have opened a criminal case for the unlawful seizure of a car without the purpose of theft which could land them behind bars for seven years. One of the unnamed suspects has been placed in custody, while the other two are under house arrest.

“Further measures are being taken aimed at establishing all the circumstances of the incident,” said Irina Volk, the official representative of the Russian MIA.

«Previous Post
VIDEO: Howl’s About That? Houseproud Pooch Who Loves To Do His Owner’s Chores »Next Post
VIDEO: Russian And Belarusian Аrmies In A Јoint Мass Аttack