Sole Survivor: Astonishing Restoration Of A 4th Century Roman Sandal Made Of Grass

Painstaking preservation of what experts say was an ancient house slipper. 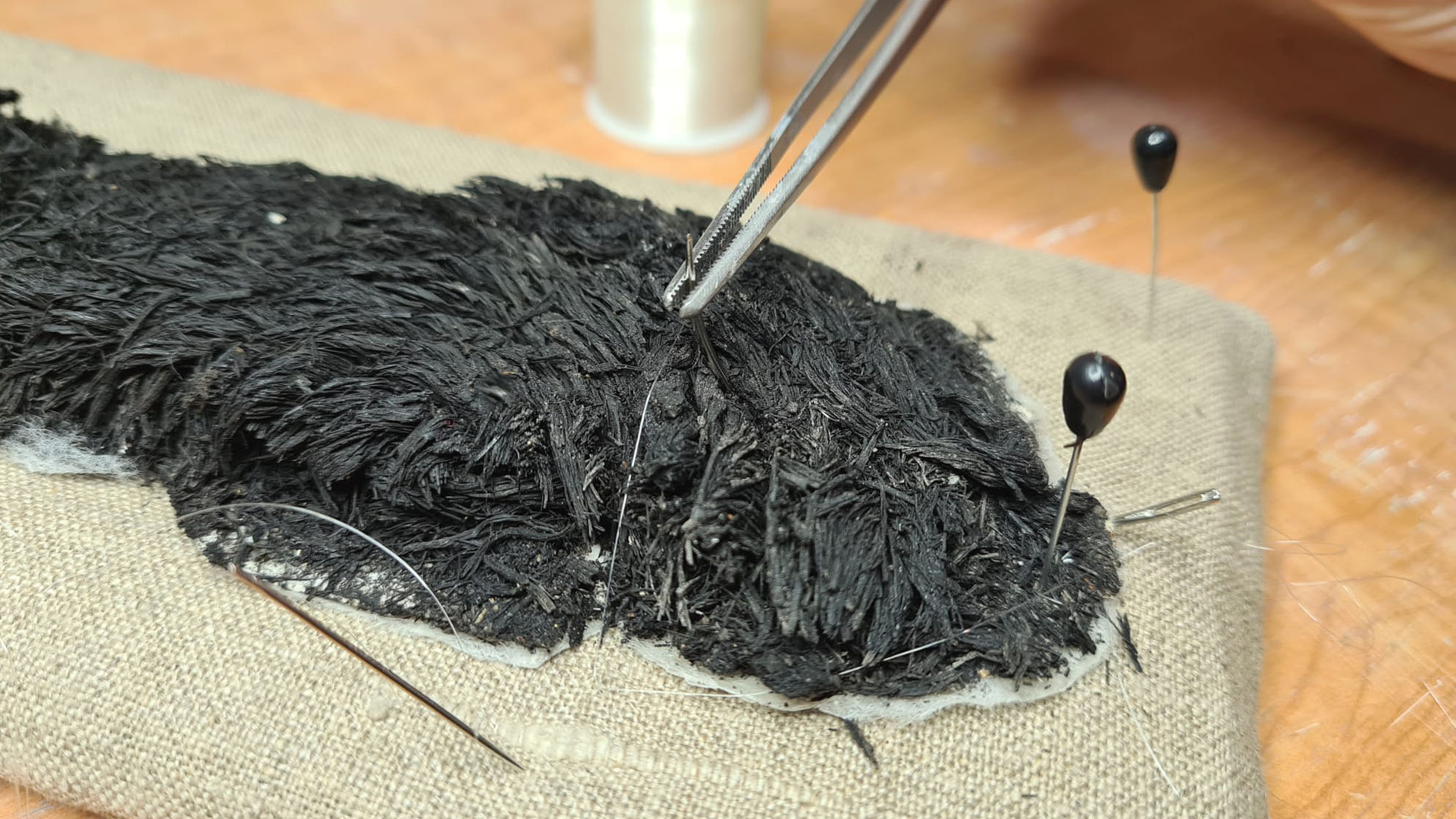 VALENCIA, Spain — Experts restored a Roman sandal made from grass, and as per its carbon dating, it goes back to the fourth century AD.

The sandal was probably worn indoors, much like a slipper in today’s world.

The grass sandal, made using esparto, a type of grass from North Africa and the Iberian Peninsula, was found by members of the archeological section of the Hiker Centre, Eldense.

The sandal was found at the archeological site of El Monastil, located in the municipality of Elda, in the south-eastern Spanish province of Alicante.

The sandal was restored by the Archeological Museum of Elda. It was a difficult job to do, as it took four months of hard work.

“The sandal was stuck to the bottom of a crystal vase, and it was difficult to separate the vase from the sandal without destroying it,” said Antonio Manuel Poveda Navarro, the director of the Archeological Museum of Elda.

It was confirmed the sandal dates back to the Roman Empire and was made between the 4th and the 5th Centuries, which, as per the Alcala de Henares University professor Poveda Navarro, “was almost at the end of the Roman Empire”.

Now that it was restored with only its sole left, it is set to go on display in the museum.

The leather strap used to tie it to the wearer’s foot had disappeared entirely.

After being first discovered in the 1960s, the remains of the sandal, which were burnt just like other sandals found in Pompeii in Italy, were put inside a crystal vase and stuck to it with industrial glue that damaged the fibers.

Last year, the museum decided it was time to restore the sandal, as it is a rather famous artifact in its collection. They sent some samples to the United States for the Carbon 14 dating procedures to find out its age.

After the sandal was successfully removed from the vase, it was ready to be restored. Navarro said the expert restorer used “pliers and nylon thread” and had to “stitch the piece very carefully so that the esparto grass did not become unbraided.”

“Roman society used the sandals a lot at home. Every time dinner with guests was celebrated, before lying down to eat in the ‘triclinium,’ the slaves were called, and they helped them remove their outdoor footwear so the guests could wear them inside the house during the meal,” said Navarro.

A “triclinium” was a formal room in a Roman building used for dining.

As per the professor, going out into the street with only sandals was not well seen and was comparable to someone going to the supermarket today wearing slippers.

“Sandals could also be items of luxury,” said Navarro. “For instance, the Roman Empress Poppaea Sabina, Emperor Nero’s second wife, had sandals made of gold and precious stones. She even designed similar ones, using the same expensive materials, for her horses.”

Regarding the owner of this particular sandal, he said it belonged to a short person. He believes that it was probably a woman from a low socio-economic background. The sandals were ubiquitous and used by poor people when at home.

Navarro said it is still unclear why the sandal was burned. There is one theory that stipulates that given that Elda was an important strategic location because it gave the Romans access to the port of Alicante, “there might have been a military conflict in the area, and therefore, a fire. The person might have run away, leaving her personal belongings behind.”

“The reason the leather used to strap the sandal to the wearer’s ankle disappeared was that it eroded over time compared with the esparto grass does,” said Navarro.