Popcorn With Zenger: Derek Kolstad’s ‘Nobody’ Is A Serviceable ‘John Wick’ Clone

While the names have been changed, the plot's pretty much the same.
By Jacob Smith March 30, 2021
Facebook
Twitter
Linkedin
Email 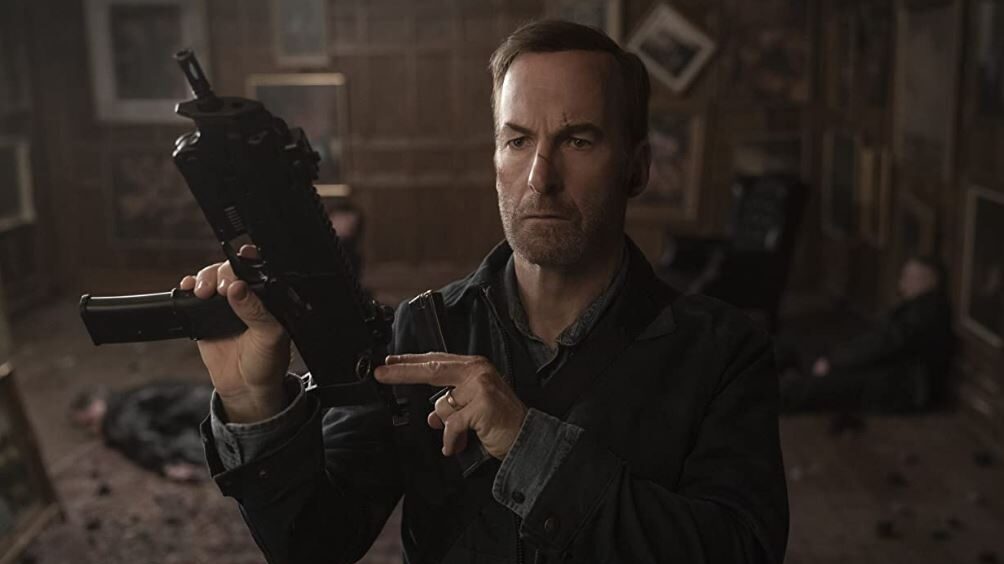 The most dangerous man in America is a guy who just wants to be left alone.

Arguably the most successful action movie franchise of the last decade is “John Wick,” whose brutal action scenes and colorful choreography have been game-changing for the action film genre. But is a film truly a John Wick clone if is it written by the creator of that very franchise?

Yes — but that isn’t necessarily a bad thing.

Screenwriter Derek Kolstad has been a very busy man over the years. The creator of the John Wick franchise has spawned three films, with two more on the way. He has also been producing and writing “The Falcon and the Winter Soldier” for the Disney Plus streaming service. Between all that, Kolstad decided to write a film called “Nobody” with the help of Russian director Ilya Naishuller, best known for the 2015 first-person action film, “Hardcore Henry.”

Originality isn’t the goal of their collaboration. The premise has been done so many times, intangibles are the key for a film of this nature, and “Nobody” has all the fixings needed for a good action movie.

The Story: “Nobody” stars “Better Call Saul” lead Bob Odenkirk as Hutch Mansell, a mild-mannered family man who lives a relatively boring life. He wakes up, eats breakfast, forgets to put out the trash, clocks in, clocks out, and goes to sleep … repeat. One night, thieves break into his suburban home and steal some personal items. Against his better judgment, he decides to hunt down the robbers to retrieve his belongings.

That hunt quickly spirals into a night that breaks down Mansell’s front as a boring everyman and morphs him back into the stone-cold killer he has pretended for so many years not to be. Mansell’s past quickly comes back to haunt him as he has an entire city looking for payback.

Bright Spots: Those who know Odenkirk from his roles in “Breaking Bad” and “Better Call Saul” might find it hard to buy him as an ass-kicking silent assassin. Odenkirk’s performance in the film is by far the best thing going for it. The action style is well done, which is to be expected from this writer and director.. With Kolstad in charge, the film matches much of the action brutality style of “John Wick.”

Tons of detail went into the stunt work and fight choreography under the supervision of heavyweight stunt coordinator Greg Rementer. The pacing establishes the tone of the film and keeps the audience engaged. The action isn’t completely over the top, but it never feels like the story drags too long and the set-piece here is more than enough to engage to audiences.

Early on Mansell finds himself in a one-versus-five bus brawl where he gets beaten  for most of the fight. The scene is realistic in its presentation of how a middle-aged man who has been out of the game for years would look in a street fight against random punks. However, once Mansell’s secret has been exposed for the remainder of the film, he is seen taking down armed killers with ease.

The story also leaves much to be desired with the revelation that the couple who robbed his house is a struggling Hispanic family that had no choice but to commit a crime in order to save their sick child. Since committing a hate crime was out of the question, the film shifts focus to a random group of drunks who just happen to be connected to the Russian mob, and the plot snowballs from there. “Nobody”’ is far from the best-written action film, but when the focus remains on its action set pieces, the positives remain balanced despite the drawbacks.

The Takeaway: There’s no escaping the lack of originality in “Nobody.” You won’t see anything here that you haven’t already seen in many “John Wick” movies. However, “Nobody” is still a well-made action movie that doesn’t ask for a lot of your time, clocking in at only 92 minutes.

See or Skip: If you are looking for an action movie detox after 4 hours of the “Snyder Cut” of the redone “Justice League,” then “Nobody” provides solid popcorn viewing for springtime moviegoers.