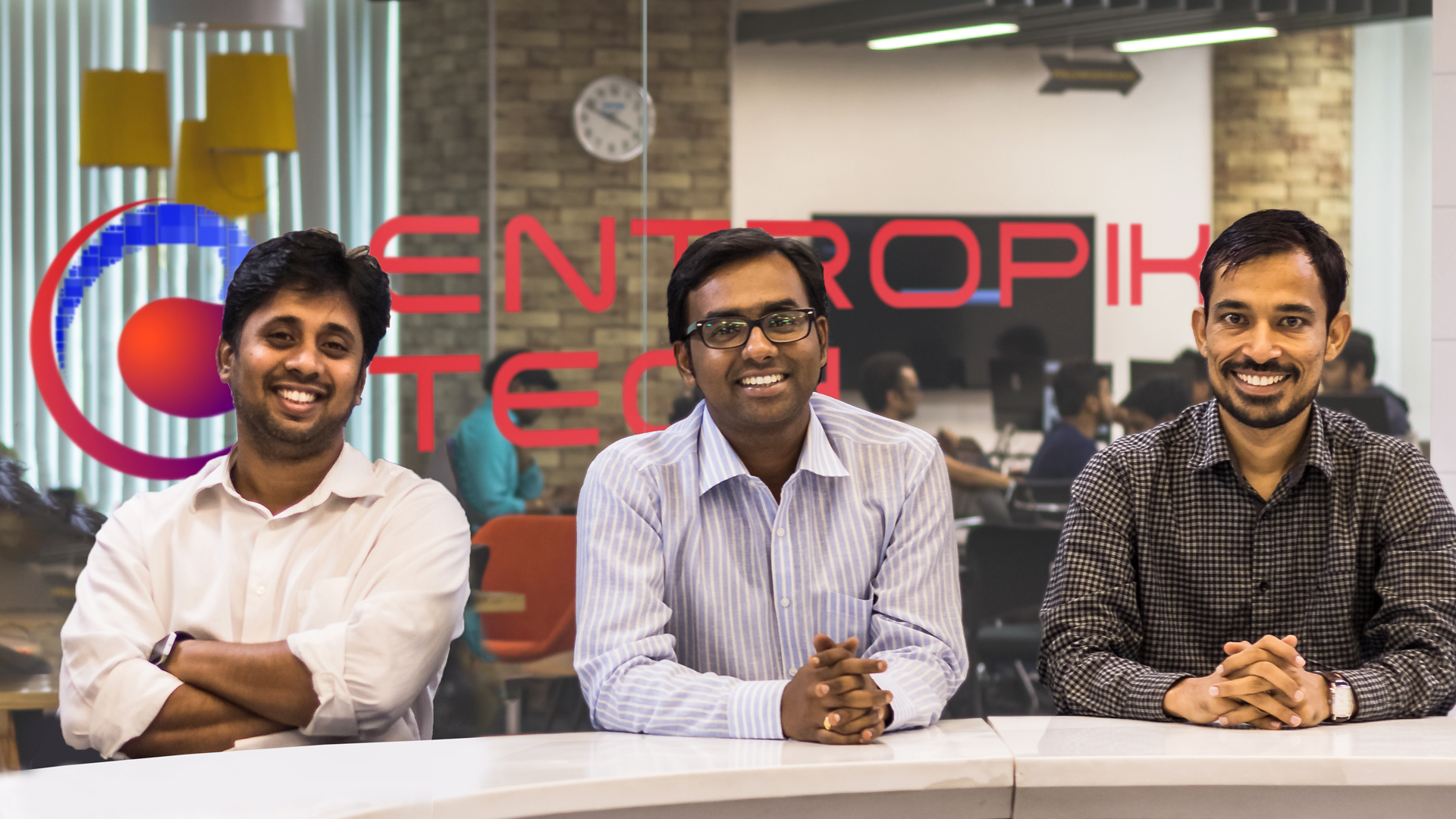 PUNE, India — Imagine scrolling through a website or an app idly, or watching a movie trailer or an ad, subconsciously taking it in without delving into it.

There is big money behind decoding these subconscious emotions. And 33-year-old Ranjan Kumar is among a growing bunch of deep-tech entrepreneurs in India, helping brands with such consumer insights with his Artificial Intelligence start-up Entropik Tech.

“Before Entropik, I helped build two start-ups,” Kumar, chief executive and co-founder of Entropik, told Zenger News. “One failed, one succeeded. But I learned that, as a company, you have to sort out your differentiator early on in the game.”

“That was the premise with which I started building a B2B (business-to-business) SaaS (software-as-a-service) organization. I was looking at something which is a more research-oriented, IP-led kind of product,” Kumar, who comes from India’s IT capital Bengaluru, said.

The other two co-founders are Chief Product Officer Lava Kumar and head of engineering Bharat Shekhawat. Lava was with the American tech firm Internal Ad Science, and Shekhawat was the vice-president of technology at marketing firm Redcastle in Bengaluru. 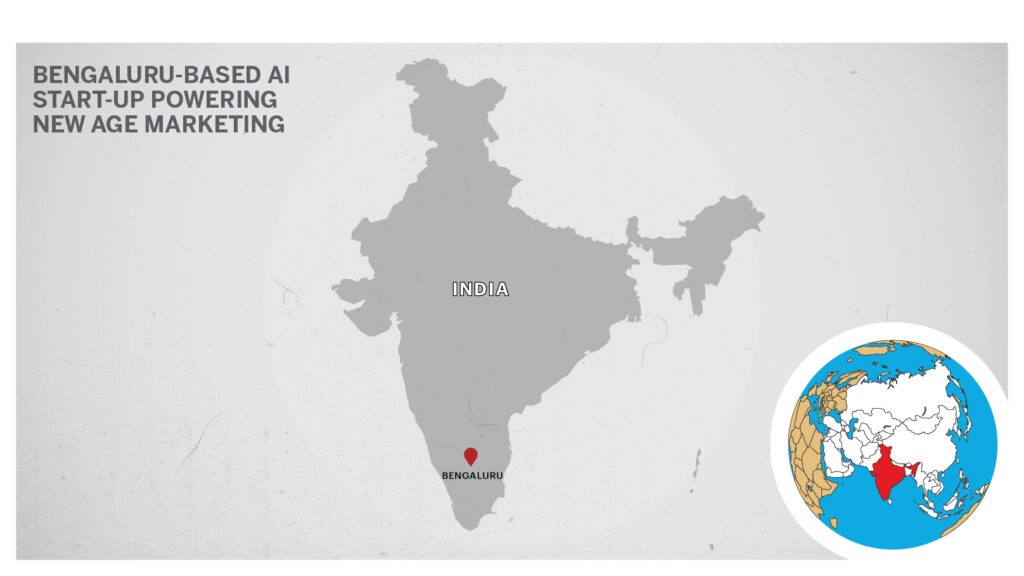 Kumar co-founded the events platform Oyeparty.com in 2012. Eventually, the co-founders sold the firm. He was also the business head at payments firm Citrus Payments, which was acquired for $130 million in 2016 by Naspers. Entropik was born the same year.

Entropik is functions like the U.S.-based Affectiva and face-recognition AI firm Kairos that analyze and track user emotions to provide insights to consumer brands and content creators. They are a tech replacement for the traditional surveys and focus group discussions by marketing research firms such as Nielsen and Ipsos.

“Brands have this massive challenge, how to understand consumer preferences and how to put them in the center of the experience.

“And, consumers have a problem of many — how to go about choosing one over the other. If you look at the landscape, it’s a massive $70-billion market globally,” Kumar said.

Another Bengaluru-based firm, KoinArth, is an AI-based blockchain supply-chain start-up that tracks inventory, invoice financing, and data analytics. It raised $1.8 million in funding in March.

CogniCor Technologies, from Kochi in southwestern Indian state Kerala, is a conversational AI platform that helps financial firms and investors with digital assistants for wealth management.

Almost 19 percent of Indian start-ups used deep-tech solutions to build product competencies in 2020, a report from the IT industry body NASSCOM said. Venture capital funding also rose — 14 percent of investments in 2020 were in deep-tech start-ups, from 11 percent in 2019.

A recent U.S. India Artificial Intelligence initiative on promoting science and technology relationships between the nations is expected to boost the sector further. The initiative was launched on March 17.

“We do so much consumer insight research. I can tell you transparently that you don’t get consumer feedback in the way you expect,” Faisal Kawoosa, founder of technology analytics and research firm TechARC, told Zenger News.

“There are errors, which means either the person hasn’t understood the question or the person capturing hasn’t been able to capture the insight properly. With technology, we have been able to ensure that it’s the right audience,” Kawoosa said.

Kumar illustrates this with an example. If an e-commerce firm wants to optimize its conversion rate on the platform, it can run specific tests or check user journeys to improve the product.

“Say, a user journey can be ‘go to Amazon and purchase an Echo Dot 3rd Gen’. They [firms] create [different] tasks around the journey, and they specify what kind of audience they want to test, say 25-35-year-old male/female sitting in Bengaluru. This task is all they have to do, and launch the test,” Kumar told Zenger News.

After this, Entropik’s Affect Labs uses brian wave mapping with a headset, which picks up neural signals a user emotes while going through the purchase process, like browsing an app or watching an ad.

Facial coding uses a camera to track expressions. The tech also tracks where the users are looking on the page, whether it’s the discounts or purchase button, using eye-tracking.

“What you get is second-by-second attention, engagement, emotional levels, and where the peaks and troughs are,” Kumar said. “This whole session, along with the richer subconscious behavior insights, enable the product manager to optimize their product.”

Entropik said the firm has 17 patents pending for its AI technology.

Richa Arora, president of packaged foods at Tata Consumer Products, says her firm used Entropik’s services “to arrive at a clutter-breaking appeal in the final packaging”.

“Their research covered a gamut of information such as the consumer’s eye travel across a pack, the areas that occupied maximum attention, the parts that are missed, and also which packs captured more attention,” Arora told Zenger News.

The company can do this using a repository of emotion data from 50 million respondents across 110 countries who are incentivized to take these tests.

There are privacy concerns surrounding AI, but data gathered for market research is bound by certain ethics, according to Kawoosa.

“In any market research activity, I have to disclose the purpose and how I am going to use this data. We are required to store data for six months typically.”

“My GDPR [General Data Protection Regulation] compliance is taken care of after asking permission from the respondents,” Kumar said. GDPR is a regulation that deals with the personal data and privacy of EU citizens.

“Right now, the [deep-tech] market is niche. People will still use such technology for a few tests and use traditional processes at other times. Once adoption picks up, the costing will come down,” Kawoosa said.

Kumar says his firm has the world’s second-largest repository of emotion data. “We have about 30 million emotion data, and we add about 6 million every month. We are ramping up and looking at what we can do with this collective intelligence,” Kumar said.