Unlike many places in India, youngsters in Delhi had to wait till they turned 25 to buy liquor. 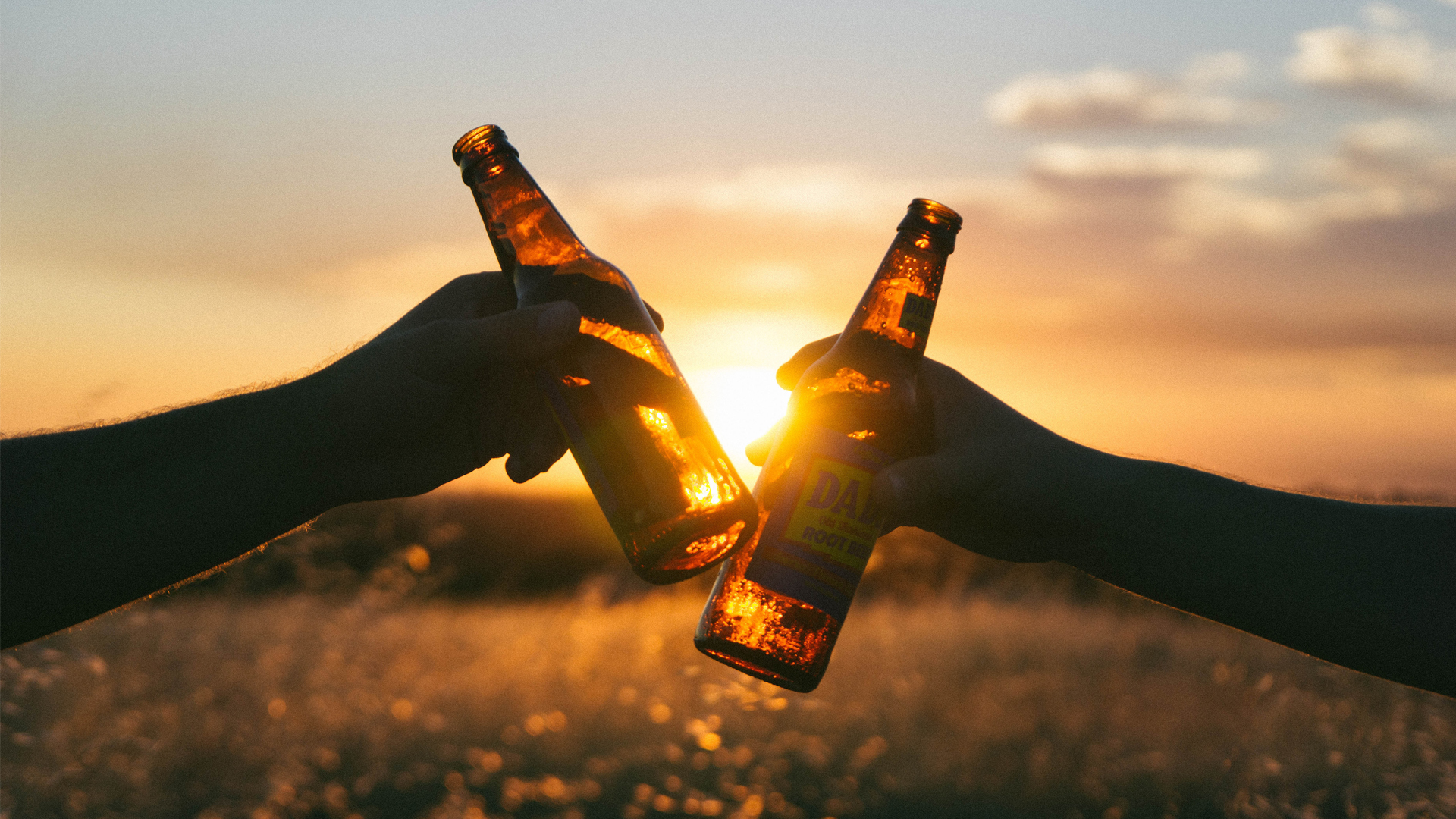 DELHI, India — At 23, Siya Gupta is old enough to vote, drive a car, get married, and run a food takeaway business, but not to buy alcohol. In New Delhi, India’s national capital, where Siya lives, the legal drinking age is 25 years.

However, that’s set to change.

The Delhi government recently passed a new excise policy that lowers the minimum legal drinking age in the union territory to 21 years.

Delhi Deputy Chief Minister Manish Sisodia announced this at a press conference on March 22, where he announced that the government would no longer run any liquor vends and ensure more equitable distribution of alcohol retail outlets.

The policy is yet to be notified and implemented.

“We expect a rise in revenue by almost 20 percent— an increase of about INR 1,500 crore ($207 million) to INR 2,000 crore ($276 million),” Sisodia said at the conference. “Normally, we see annual growth in revenue of about 5 percent. These reforms will hinder the liquor mafia and stop evasion of tax and duties.” 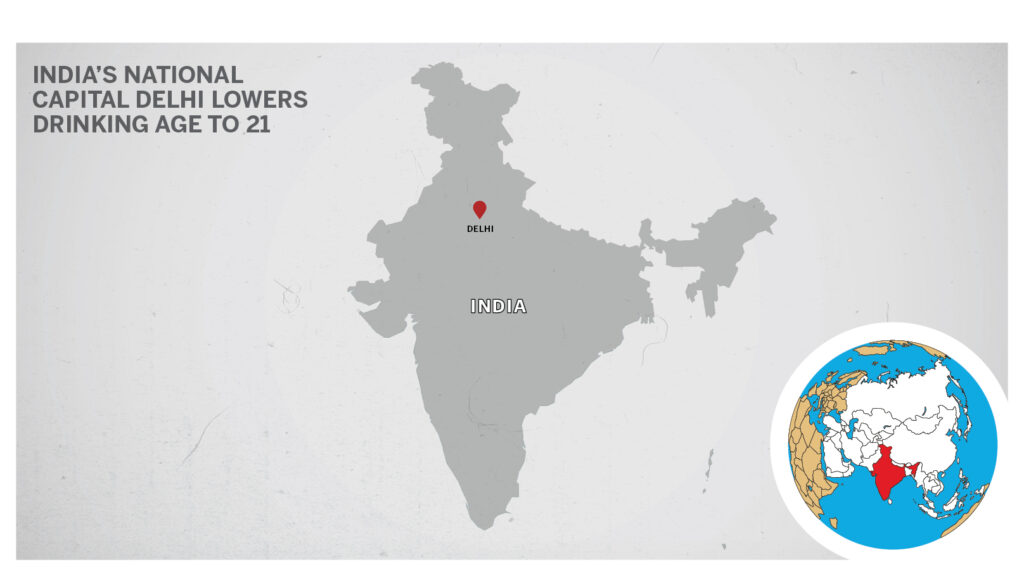 The legal drinking age in India differs from state to state. While some states such as Delhi had it pegged at 25, the majority have set 21 as the cut-off.

The Minimum Legal Drinking Age in the US for alcoholic drinks is a blanket 21 years, an age recommended by the bodies such as the American Academy of Pediatrics, Mothers Against Drunk Driving, the National Highway Traffic Safety Administration, and the National Academy of Sciences (National Research Council and Institute of Medicine).

While the Delhi government is looking at more money in its kitty with this move, for youngsters like Gupta, it’s a relief to be able to get their tipple without pretending to be older or haranguing someone else to buy it for them.

“Most of the people in my age group started drinking when they joined undergrad college — around 19 or 20. So, it seemed ridiculous that it was illegal for anyone below 25 to buy liquor,” said Gupta, who prefers to kick back and enjoy a few drinks with her friends at house parties instead of going to pubs as it’s cheaper and there are fewer questions asked.

Shyam Thakur, the co-founder of RYU Bar in Delhi, is still struggling to get his nightclub back on track after the lockdown and hopes that lowering the drinking age will get younger customers to his outlet.

“This will stop illegal drinking among youngsters and bust the liquor mafia as well,” said Thakur. “Kids as young as 18 are buying liquor. College students spend a lot of the time at the bar and contribute a lot to our revenues.”

“Delhi is one of the largest liquor markets in the country, and liquor is one of the major sources of income for the government,” Singh told Zenger News.

“While the move is favorable for the liquor industry with the rise in consumer base and increase in sales, the government, too, is keen to recover from the Covid-induced slowdown. It is not just a progressive move, but will help tremendously in driving revenue — which is the need of the hour for the economy.”

“We are planning to introduce more premium brands to our portfolio for our younger consumers,” said Sinha. “Gin has gained popularity among the young drinkers, while vodka is no longer just a woman’s drink — as was the perception for a long time. The white spirit is preferred equally by both the genders today.”

Rahul Gagerna, co-founder and managing director of Boutique Spirit Brands with alcohol brands such Gladius Rum and Zeus Brandy in its stable, expects a 10-15 percent growth in Delhi.

“This age group (21-year-olds) has decent purchasing power,” said Gagerna. “The move is great for over-all business and gives us a chance to cater to consumers who will become our loyal future buyers.”

Lowering the legal drinking age was a long-standing demand of Indian hospitality bodies such as the National Restaurant Association of India.

“We have been making requests for amending some archaic laws for a very long time and are very pleased that our efforts have finally borne some fruit,” said Anurag Katriar, president of the National Restaurant Association of India.

“Lowering the legal drinking age to 21 is both progressive and pragmatic. It will reduce illegal or closet consumption and will also expand the consumer base significantly. Thus, it would benefit the businesses as well as the exchequer.”

While the lowering of the legal drinking age was lauded by the food and beverage, and liquor industries, it was met with stout criticism by India’s ruling Bharatiya Janata Party, which is also the opposition in Delhi’s legislative assembly.

Aam Aadmi Party members such as Saurabh Bharadwaj were quick to cry hypocrisy and point out that the drinking age in many Bharatiya Janata Party-ruled states is even lower.

“The [legal] age of drinking in many Bharatiya Janata Party-ruled states like Uttar Pradesh is 21, and 18 in places like Goa and Karnataka, so the party’s objections hold no water,” said Bharadwaj.

“People usually start drinking when they are around 21. And, going by the number of youngsters at pubs in Delhi and its suburbs, there’s no law enforcement. It was an absurd law that should have been addressed long ago.”