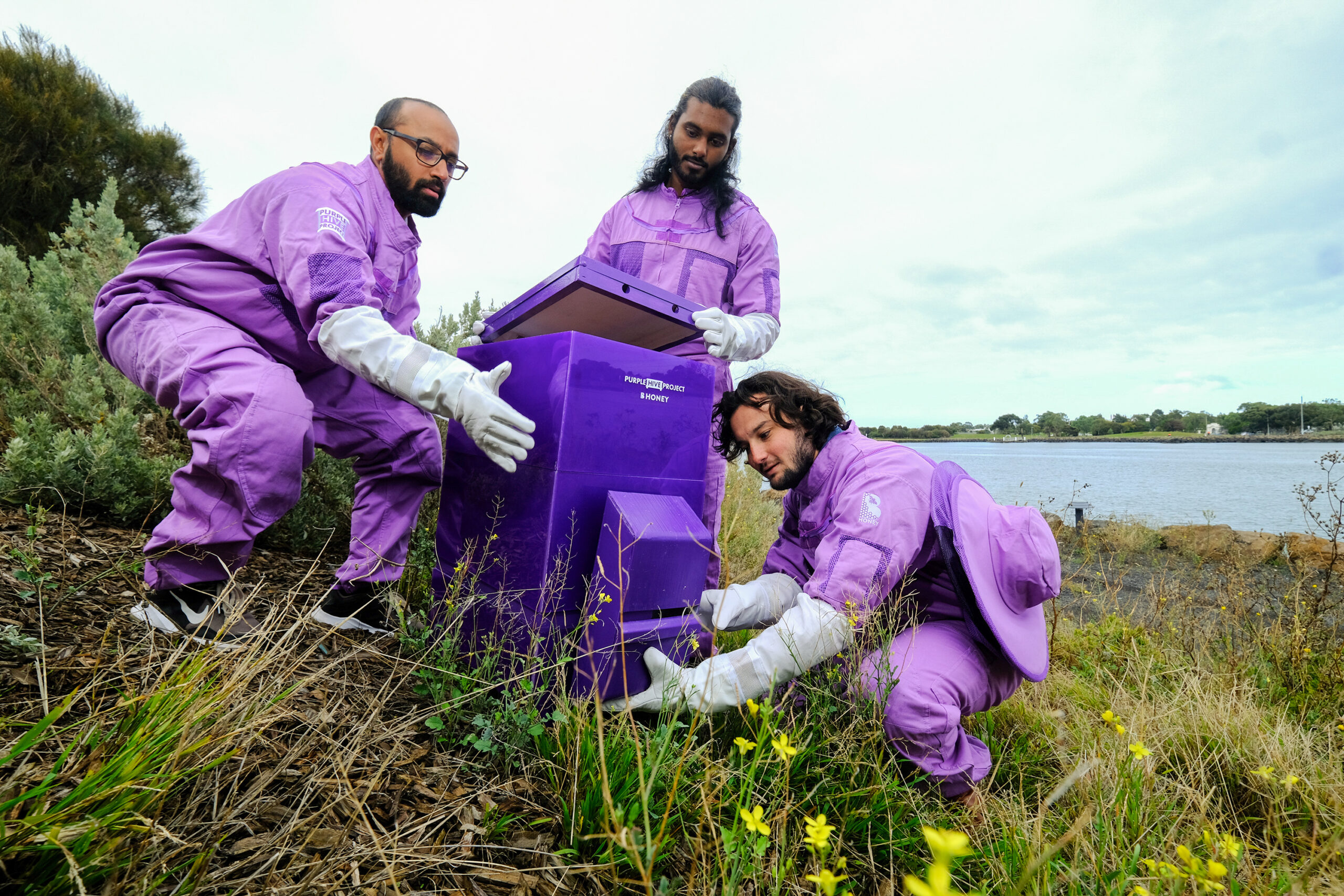 MELBOURNE, Australia — Varroa destructor is a deadly stowaway that port authorities are determined to keep away from the bee population in the southeast Australian state of Victoria.

Artificially intelligent beehives are being installed at Victorian ports to detect pests as they arrive at ships rapidly.

“I would look forward to a project like the Purple Hive rolling out across the country. This is world-leading technology.”

Purple Hive was launched on March 29 at the Port of Melbourne — a solar-powered device that detects Varroa destructor, a mite that feeds on honey bees.

Using artificial intelligence and cameras, Purple Hive provides alerts in real-time and has been trialed in New Zealand, where the mite is established. The technology scans each honey bee entering the Purple Hive to determine if Varroa mite is present.

The hive is colored purple because it attracts bees.

Thomas tweeted a picture of a hive being installed. 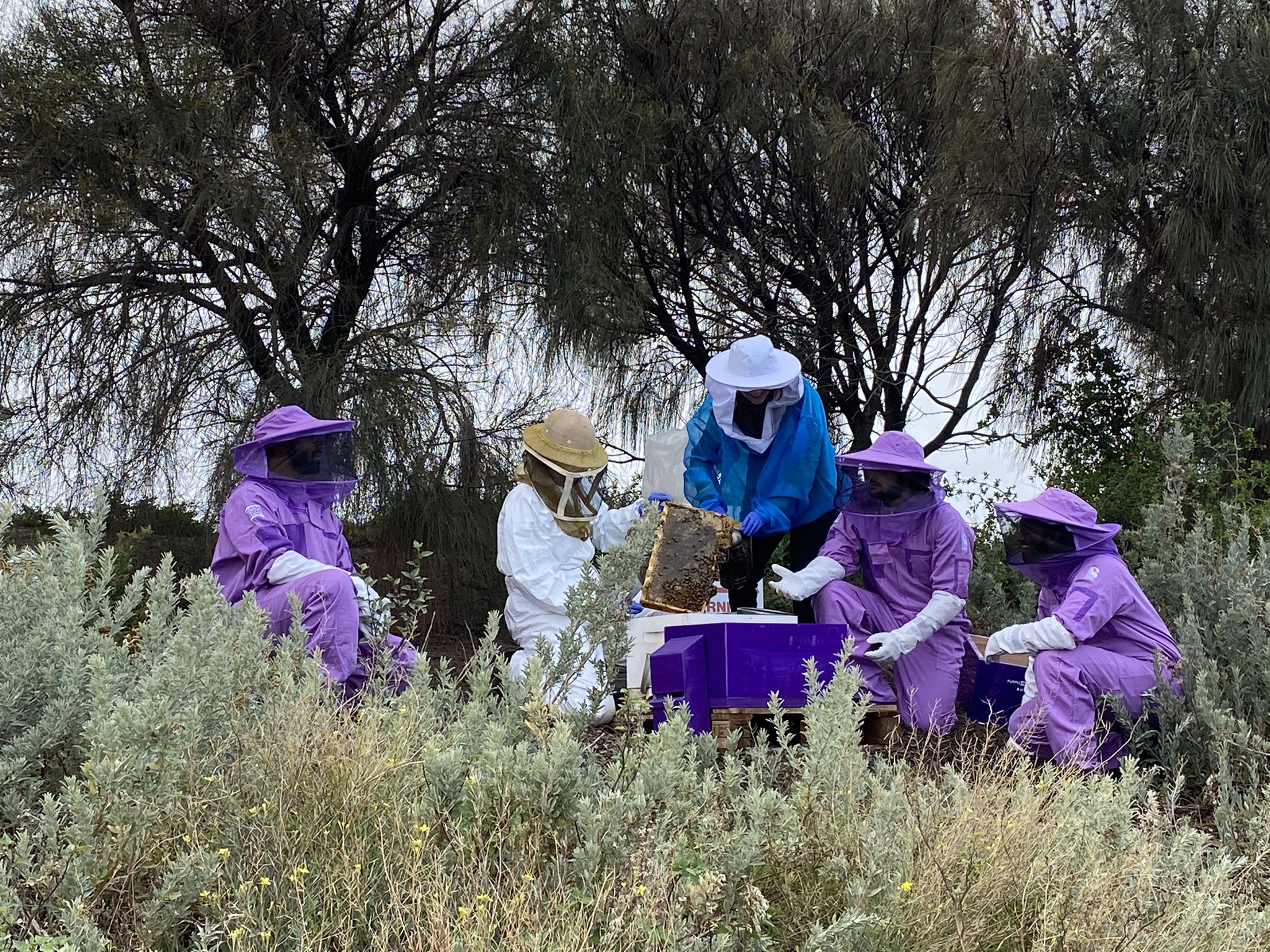 “At #BegaCheese, we’re absolutely buzzing with excitement to announce that B honey’s Purple Hive has officially found its first home at the Port of Melbourne, as we join forces with @VicGovAg to help protect honey bee populations from Varroa destructor,” read the tweet of Jimmy Coleman, marketing manager of digital and communications, ‎Bega Cheese.

“Varroa destructor is the world’s most devastating pest of Western honey bees, Apis mellifera Linnaeus,” as per the website of the University of Florida. “Accurate estimates of the effect of Varroa on the apiculture industry are hard to find, but it is safe to assume that the mites have killed hundreds of thousands of colonies worldwide, resulting in billions of dollars of economic loss.”

The adult female mites are reddish-brown to dark brown and oval. Adult males are yellowish with light tan legs and have a spherical body shape.

Varroa destructor, the most significant single driver of the global honey bee health decline, was detected on a ship that entered the Port of Melbourne in 2018, but authorities stopped it from becoming an outbreak.

“Australia is the only populated country in the world that the Varroa destructor hasn’t impacted. However, experts predict that it’s only a matter of time before it establishes itself in Australia,” as per the Purple Hive project website.

Authorities estimate 20,000 cropping and horticulture businesses would be affected if Varroa mite became established in Australia.

Purple Hive aims to create a network of hives across Australia.

Australia’s National Bee Pest Surveillance Program already has hives at Melbourne, Geelong, Hastings, and Portland ports, and these are monitored every six weeks.

In Victoria, the government mandates keepers of beehives to register as a beekeeper and give notice if they “sell, give away or dispose of hives.”

The Victorian agriculture department now has agreements with Bega Cheese and Melbourne company HiveKeepers to trial technology to detect pests at ports rapidly.

HiveKeepers will install a smart hive at the Port of Hastings, with the device using bee health and behavior to detect pests and sending alerts to a computer or mobile device.