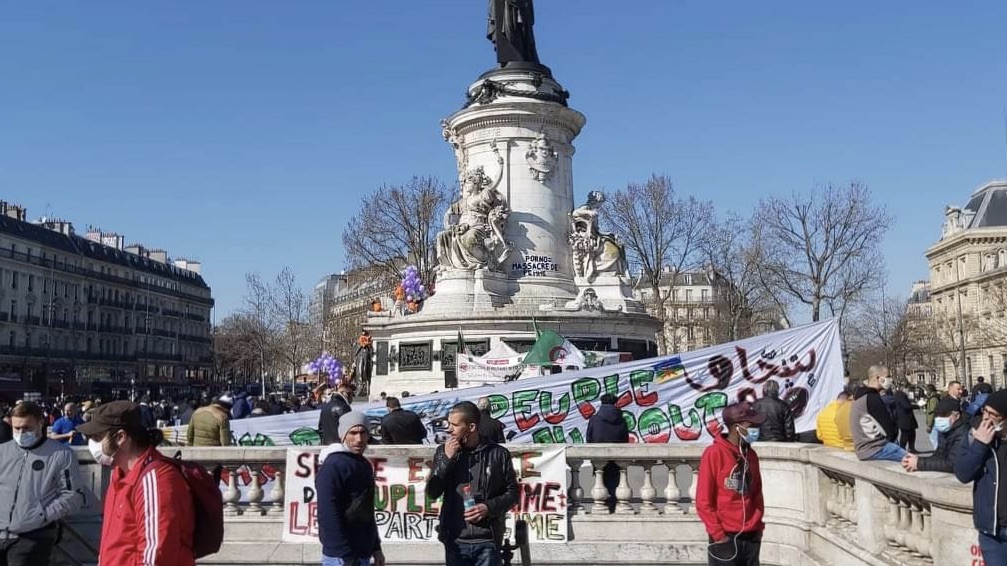 A draft of a law was recently introduced to limit citizenship for those living international of Algeria that are viewed as detrimental to the country. (Photo courtesy of Noureddine Moussi)

Algeria’s government is seeking to pass a controversial new law that would deprive nationals living abroad of their citizenship if their activities are deemed detrimental to the country.

The preliminary draft law was presented on March 3 by the Minister of Justice, Belkacem Zeghmati, and drew swift condemnation from lawyers, human rights activists and legal experts.

He highlighted the case of Khaled Drareni, a TV5 Monde journalist who was sentenced in September 2020 to two years in prison for his coverage of pro-democracy demonstrations. Drareni was released on appeal and is set to be retried, but his prosecution gives a clear indication of the government’s intolerance of criticism, Cherbi said.

The draft law is in the form of a proposed amendment to the Algerian Nationality Code. The law focuses on anyone “who commits, outside the national territory, acts that willfully damage the interests of the State or that undermine national unity.”

It could potentially affect millions of Algerians since government statistics in July 2020 revealed that more than 6 million Algerians live in France alone.

Some believe the law specifically targets activists in the popular Hirak movement, which has been calling for political change and an end to military control of the country since February 2019.

Security forces have clashed with the pro-democracy demonstrators, drawing condemnation from the United Nations over human rights abuses.

During a recent Hirak demonstration at the Place de la République in Paris, Algerians described the proposed law as evidence of “unprecedented authoritarian drift.” They believe Hirak activists of the diaspora would be among the first to be targeted by the new law, but said the government’s move has given them fresh motivation to continue their struggle.

Djamel Direche, a pro-democracy activist living in France, told Zenger news he was “shocked but not surprised” by the government’s action.

The bill poses a serious threat to national unity, said Mustapha Bouchachi, a lawyer. “The government does not want to hear the cries of a peaceful popular movement. It prefers repression by all means,” he said.

But the likelihood of the bill becoming law appears slim. Though pro-government parties hold the majority of votes in the Parliament, Cherbi said it was unlikely the bill would succeed.

“I do not think it will be submitted to Parliament, because it violates the constitution and the international human rights convention signed by Algeria,” he told Zenger. “We cannot take away their original nationality for any reason. Therefore, the government will not be able to adopt such a law.”

Senator Boutarâa Djawad, who belongs to the pro-government party the National Liberation Front, told Zenger News that the Senate had not yet seen the bill, but he thought moves by the government to allay tensions made it unlikely the bill would become law.

“I cannot tell you whether I vote for yes or no, because the draft bill must first be submitted to a reading and collective examination in the Senate to debate these objectives and details before proceeding to any answer,” Boutarâa said.

Meanwhile, the Algerian government is pursuing criminal cases against a number of overseas activists. On March 21, the Public Prosecutor at the Bir Mourad Rais Court in Algiers requested that the accused Mansouri Ahmed be placed under a warrant of committal and that international arrest warrants be issued for his co-conspirators Mohamed Larbi Zitout , Aboud Hichem, Boukhors Amir and Mohamed Abdellah.

The men are accused of violating public order and undermining the security and stability of the State.

The charges allege that Ahmed forged identity and travel documents, and created companies for the purpose of building a financial network that would finance subversive activities in Algeria by the political movement known as Rachad.

The charges also allege that Mohamed Larbi Zitout met several times with Ahmed in neighboring countries for the purpose of providing large sums of money that were channeled through the companies Ahmed created, which was used to finance the secret activities of the Rachad Movement, including the rental of property to host meetings, the court of Bir Mourad Rais said in its statement.

Mohamed Larbi Zitout is a former Algerian diplomat based in London, who is said to have founded the Rachad movement.

Ahmed is also alleged to have contacted Aboud Hichem, Boukhors Amir, and Mohamed Abdellah, among others, via social media, to further plans for undermining the public order under the guise of the Hirak movement, the court alleges.

The pursuit of these international arrest warrants has a “political character,” said Sofiane Chouiter, a Canada-based human rights defender.

Likewise, the Algerian government has pursued an extradition request against the blogger Amir DZ who is based in France and has long used social media to denounce corruption by senior Algerian military and political figures, including disseminating official documents as evidence.

Amir DZ was arrested on July 6, 2020, at the request of the Algerian government. Though not in prison, he was placed under judicial control pending further proceedings. He was tried in absentia this year by an Algerian court and found guilty

on March 9 of conspiracy to overthrow the regime, inciting an unarmed assembly and publishing false information. On March 21, an international arrest warrant was issued by the Algerian authorities.

Amir DZ, 37, has more than 600,000 followers on YouTube and 665,000 followers on Facebook. He has been accused of blackmailing Algerian figures, including Anis Rahmani, president and CEO of the Ennahar media group, who is currently in prison.