Huge 18 wheeler only saw the officer at the last minute while he was checking a crashed car. 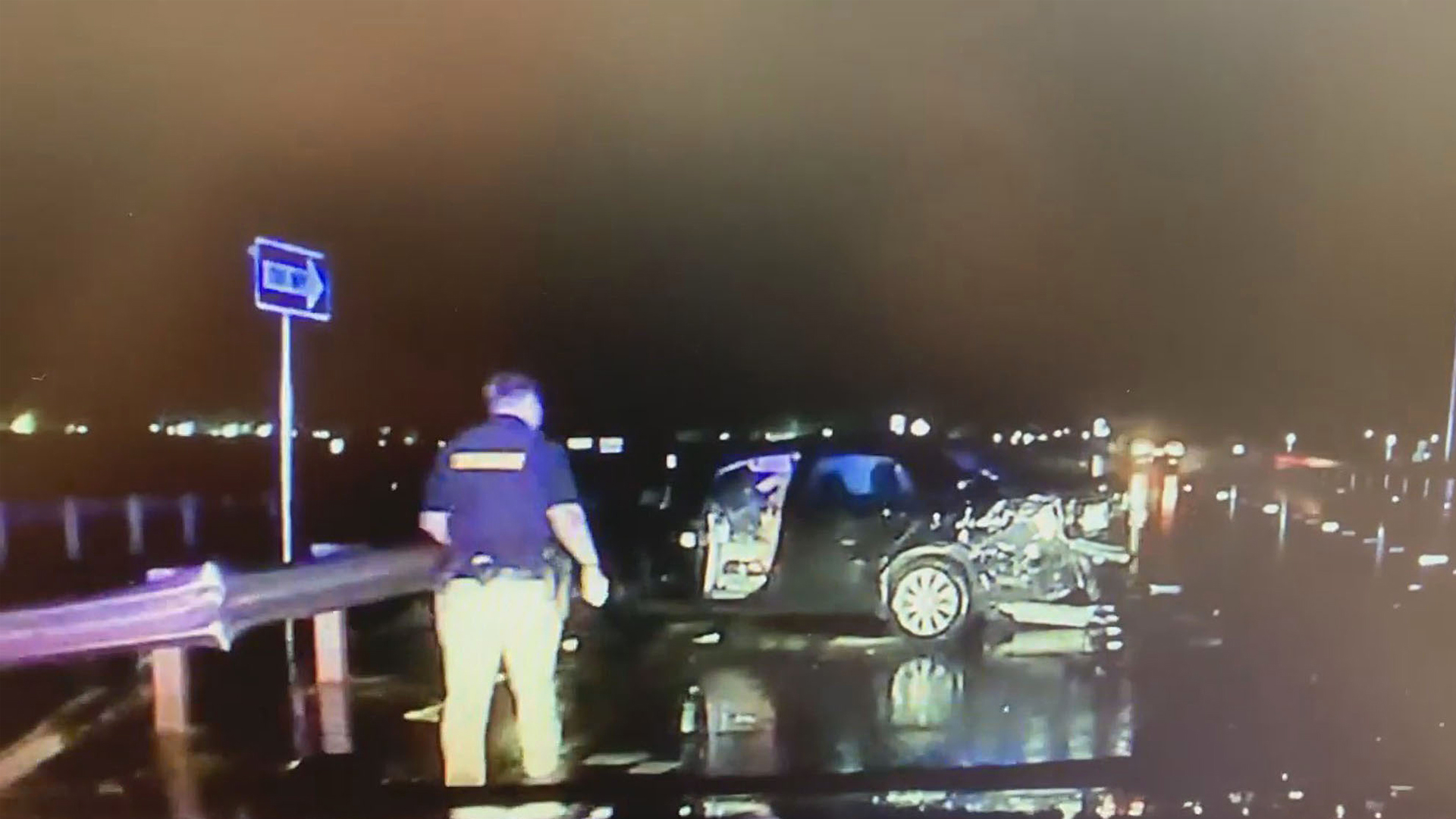 Officer Jeff Fiala walking towards a crashed car that was involved in an accident on Highway 59 in Wharton County. (WhartonCountySheriffsOffice/Newsflash)

WHARTON COUNTY, Texas — An 18-wheel truck slammed into a car on a freeway and narrowly missed a Texan cop on Highway 59 in Wharton County, Texas.

The incident was filmed, and the footage was shared on social media on March 23.

In the clip, Officer Jeff Fiala is seen walking towards a crashed car involved in an earlier incident.

As he walks along the side of the motorway, a huge truck suddenly enters the screen and slams into the front of the damaged car, narrowly missing the cop who jumps back in surprise.

“Yet another reason to slow down when you see emergency lights,” said The Wharton County Sheriff’s Office in a Facebook post. “Very close call this morning for Corporal Fiala and the driver of this vehicle. Highway 59 northbound, just north of Highway 71.”

Fortunately, no one was injured in the incident, the latest in a series of road accidents involving Texan cops in recent months.

One officer was injured in a crash in early March when a motorist ran a stop sign while five cops were injured on the Eastex Freeway last month when a driver crashed into a patrol car.

As per reports from Insurance Information Institute, aggressive driving is a significant factor in U.S. traffic crashes, playing a role not just in road rage but in a large number of fatal highway collisions each year.

“Aggressive driving played a role in 56 percent of fatal crashes from 2003 through 2007, with excessive speed being the No. 1 factor,” states the report. “Speeding was also the leading driving behavior associated with fatal crashes in 2018 (almost 17 percent), followed by driving under the influence (10 percent).”

The Insurance Institute for Highway Safety has also found that rising state speed limits over the past 25 years have cost nearly 37,000 lives, including more than 1,900 in 2017 alone.