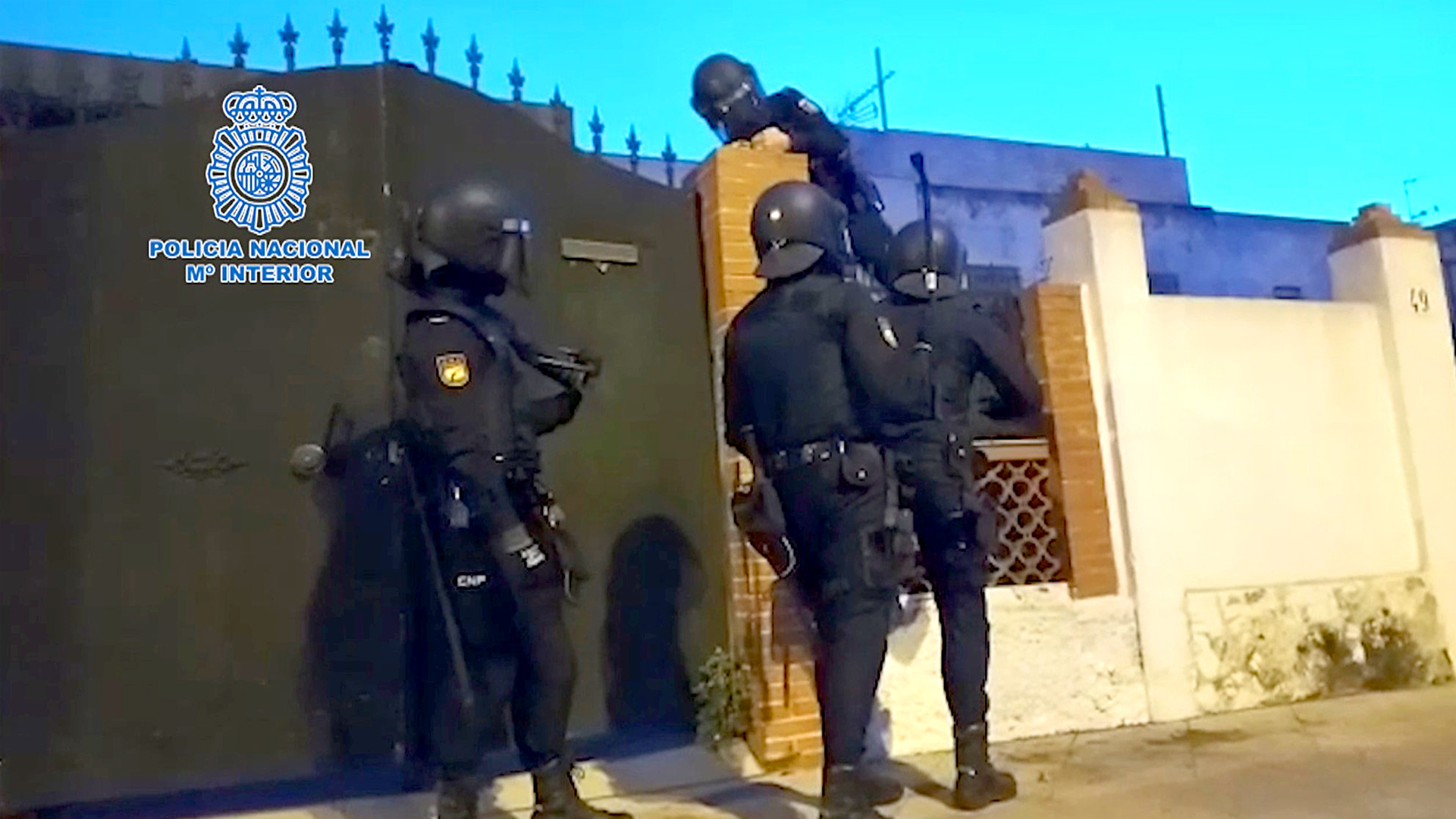 CÁDIZ, Spain — Spanish authorities carry out a massive anti-drug operation involving over 100 officials and 14 simultaneous raids arresting 17 people and seizing over 300 lbs of cannabis and cocaine on March 24.

The Spanish National Police dismantled the ‘La Rubia de Los Ajos’ drug cartel after the successful operation was carried out in the city of Jerez de la Frontera in the southern province of Cadiz in Andalusia.

“The investigation began six months ago when National Police agents detected that members of a well-known ‘clan’ had increased the supply of cocaine and hashish to hashish retail distributors,” said the Spanish National Police in a statement. “The distributors sold the drug in different points of the city and the province.”

“The agents carried out a close surveillance in the Icovesa neighborhood to collect incriminating data and evidence that determined the presumed participation of the suspects, as well as the degree of involvement and the roles each one played in the organization.”

During the investigation, 18 kilos of cocaine, 135 kilos of hashish paste, and EUR 66,134 ($78,000) in cash were recovered. In a statement, the Spanish national police claimed that ‘Operacion Caja’ successfully disbanded one of the most potent cocaine and hashish distribution networks south of the country.

Maria Fernandez, the spokesperson for the National Police, stated that the operation was a culmination of six months of surveillance. Authorities report that “La Rubia de Los Ajos” had an extensive cocaine and cannabis network distributing the drugs throughout the province of Cadiz.

The detainees were bought in front of a judge in Jerez de la Frontera, where nine of them, who made up the core of the gang, were jailed pending trial. The authorities did not disclose the length of the sentences given to the nine suspects, nor did they clarify what happened to the remaining eight suspects.

As per a report from Drug Policy Facts, the prevalence of illicit substances in Spain has been relatively stable in recent years, with more than one-third of the adult population reporting lifetime use of an illegal substance. Cannabis is the most commonly used drug, majorly consumed by adolescents and adults younger than 35.

The prevalence of the most commonly consumed illicit drugs (cannabis and cocaine) showed a downward trend until 2017, when an increase was observed for both substances. The use of all illegal substances remains more prevalent among males than females.“In 2017, 1 in 100 adults aged 15-64 years reported the use of new psychoactive substances,” states the report. “Most users of this type of substance were male and young and reported polydrug use (with other legal and illegal psychoactive substances).”