Accused jailed for five years after court hears how police forced him to spit out his drugs.

Police officers stop a vehicle for traffic check in Crawley in the United Kingdom on Jan. 6. (Sussex Police/Newsflash)

CRAWLEY, England — This is the moment a drug dealer attempted to eat dozens of pills when stopped by the U.K. police and is then forced to spit them out by the officers.

The incident happened when suspect Kewbe Tomlinson was traveling along Balcombe Road in Crawley in the U.K. and was stopped by the Specialist Enforcement Unit (SEU) on Jan. 6.

He was targeted by the unit because officers had information that the car was being used in the supply of drugs.

“This is an excellent example of teams within the force working together to bring offenders to justice and to keep our communities safe,” said inspector Johnny Hartley from the SEU. “The tactical options the SEU use allow us to obtain the best evidence. The dedicated and thorough investigative work by the West Sussex Community Investigation Team resulted in Tomlinson pleading guilty to the offenses.”

Tomlinson, of Pincott Road, Wimbledon, London, appeared in Hove Crown Court on charges of supplying heroin and crack cocaine, and also possession of class-A drugs with intent to supply. He pleaded guilty.

“The sentence imposed by the court demonstrates the seriousness of the offense and we will continue to tackle and target those who exploit the vulnerable and commit a crime within Sussex,” Hartley said.

In order to gain entry to the car and to preserve any evidence, officers broke the driver’s window and found 36-year-old Tomlinson trying to conceal drugs by swallowing them.

They were able to stop him, and he was forced to spit them out, whereupon he was arrested.

Police took him to the hospital to make sure that none of the drugs had been swallowed before he was arrested and taken into custody.

A search of the vehicle found 93 wraps of drugs containing crack cocaine and heroin with a street value of almost 2000 GBP ($2,755).

As per a study conducted in 2019/20, there were over 130,000 seizures of cannabis in England and Wales, by far the most of any drug in that reporting year. Cocaine and heroin were the second and third most likely drug to be seized in that year, at 18,700 and 8,700 seizures, respectively. 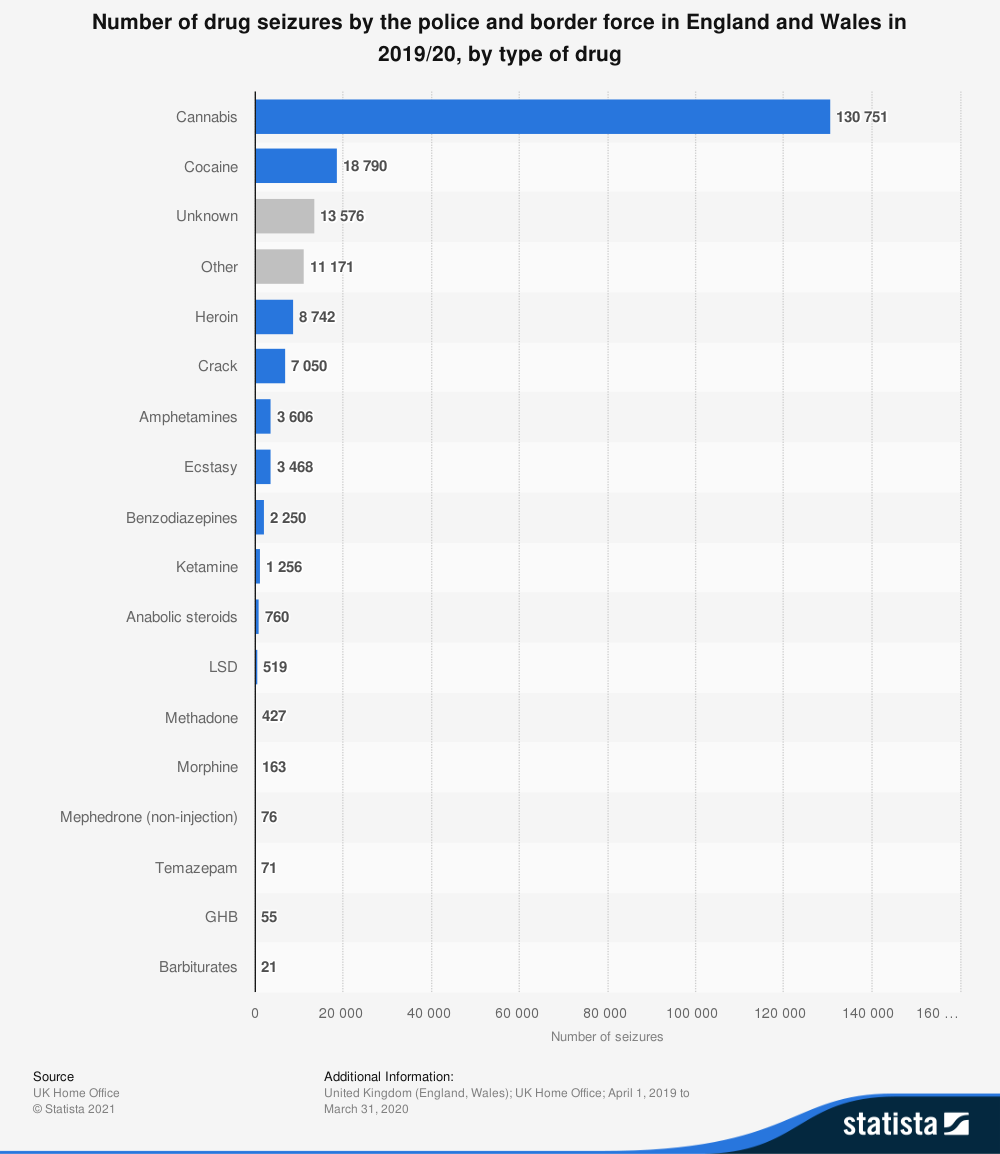 Another study says that London had 4684 drug seizures per million inhabitants in 2019/20, the highest of any region in England and Wales. North East England and East England had the second and third highest rates at 3,454 and 3,221 respectively.