A Sydney man behind bars for life for murdering his parents and sister in 2001 lost his third bid for a special inquiry. 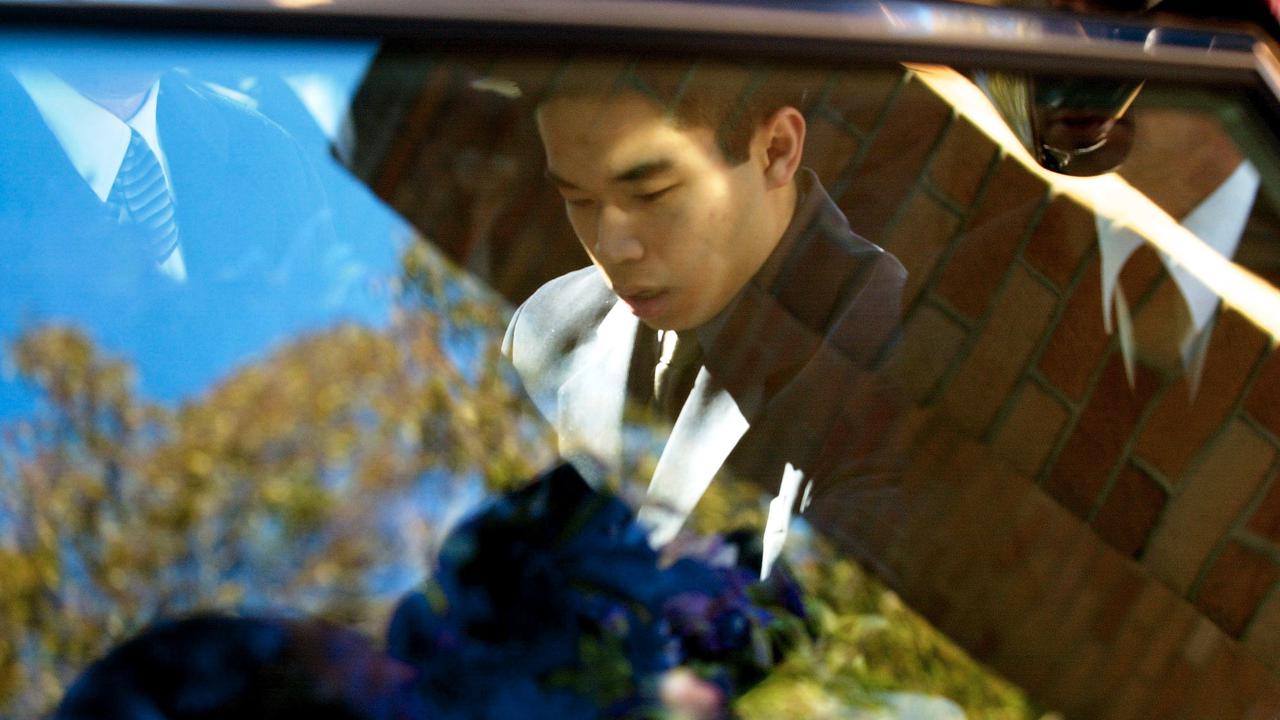 Sef Gonzales before being driven away after the funeral service in 2001. (AAP Image/Dean Lewins)

SYDNEY — A former law student has failed in his third attempt to get a special inquiry into his convictions for murdering his parents and sister in Sydney, capital of New South Wales and one of Australia’s largest cities, two decades ago.

“They all sustained multiple stab wounds, while his sister also was hit with a bat, in their northwest Sydney home in July 2001,” said investigators.

In a New South Wales Supreme Court decision published on Friday (March 26), Justice Des Fagan found there no special facts or circumstances that would justify the taking of further action.

“The sole ground of the present application is that evidence adduced by the Crown from the applicant’s aunt, Emily Luna, gave rise to a reasonable doubt concerning his guilt, to which the jury should have given effect by acquitting him,” said the judge in the court hearing.

“She testified she had gone to the house at about 6:05 pm on the night of the murders and rang the doorbell three times.”

Luna claims she waited about five minutes, during which time she saw through the frosted glass panel on the left side of the door what she initially believed to be a coat stand with a hat and a long jacket.

But after taking part in a reconstruction of what she had seen, she testified she came to the view that it was actually a person standing there who was standing completely still.

The Crown relied upon her evidence supporting an inference that the perpetrator was still in the house. Approximately 45 minutes after the mother was killed and before her husband arrived home at about 6:45 pm.

Their son’s inquiry application related to evidence given about the aunt’s height, the shoes she was wearing, and the height of her nephew.

“It was for the jury to determine whether the evidence ‘establishes’ that the person inside the house was taller than the applicant and was, therefore, someone else,” said Justice Fagan.

“A doubt or question could only arise if the evidence of Luna that is said to have been exculpatory was such that a reasonable jury, properly instructed, had to regard as giving rise to reasonable doubt. The evidence was of negligible weight and significance.

“It was well open to the jury to put it one side as not giving rise to any reasonable doubt, having regard to an otherwise very strong Crown case.”

The Crown had alleged Gonzales committed the murders because he wanted to inherit his parents’ property.