VIDEO: Scientists Battle To Save Critically Endangered Argie Otter With Only 250 Of The Species Left

Their falling numbers have been because they are being killed by fish farmers as they kill fish
By Ana Lacasa March 28, 2021
Facebook
Twitter
Linkedin
Email 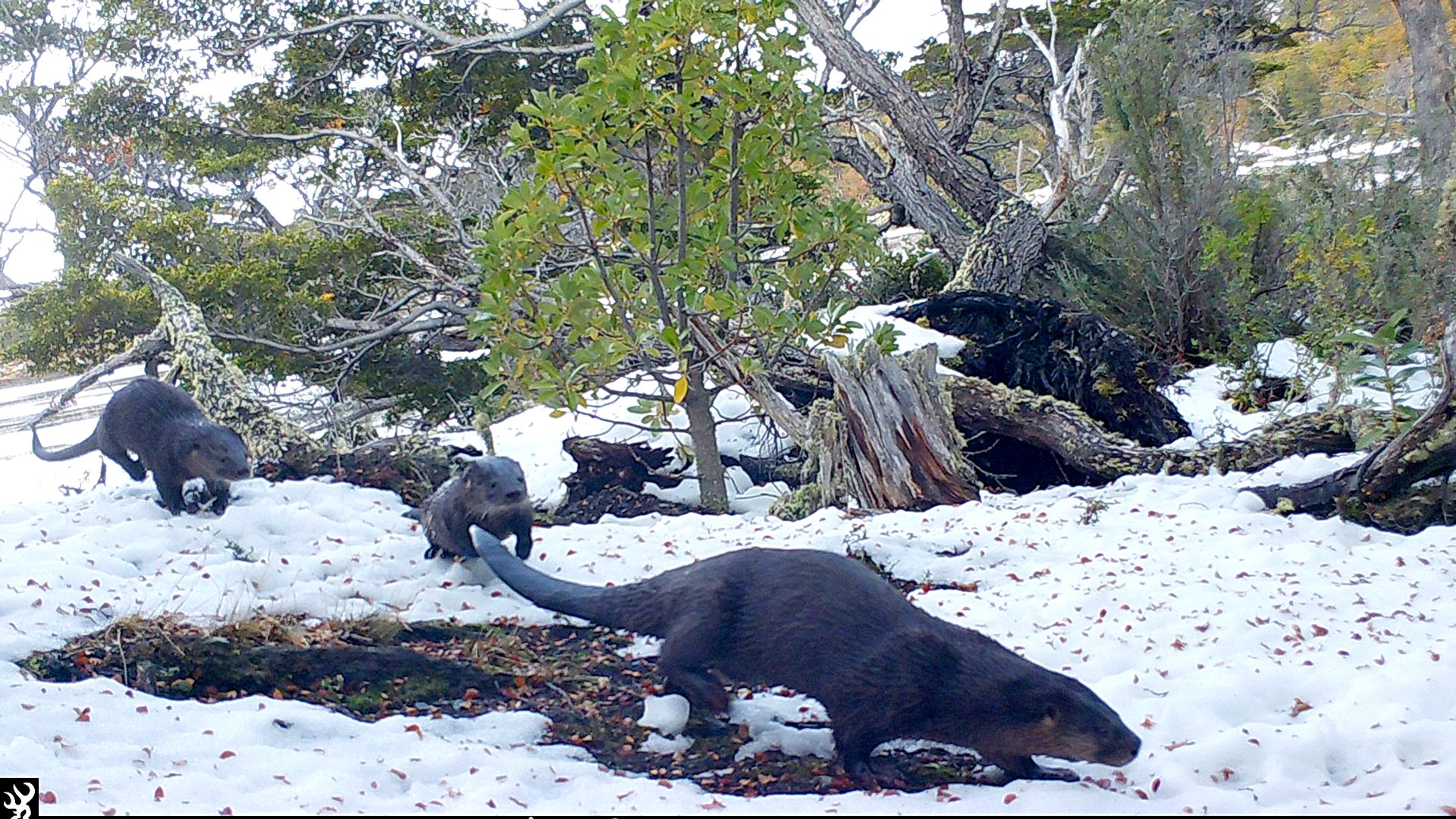 USHUAIA, Argentina — Scientists in Patagonia, a region shared by Argentina and Chile, are working overtime to save the critically endangered otter.

The population of the otter was recorded at just 250, thanks to their rising demand in the leather industry.

The Southern river otter is famous for its fur in the illegal leather market. Despite its ban years ago, there are only 200 individuals left in the Nahuel Huapi National park’s freshwaters and only 50 on the marine coast of Tierra del Fuego.

Human activity, habitat degradation, wild dogs, and exotic American minks are direct threats to the survival of this species. The animal plays a vital role in the ecosystem because locally, it is an apex predator. It, therefore, helps to regulate the numbers in other species.

“It is believed that they are being killed by fish farmers because they kill the fish,” said Dr. Alejandro Valenzuela, a biologist and researcher at CONICET (the National Scientific and Technical Research Council), and a professor at the National University of Tierra del Fuego.

Valenzuela is making efforts to protect the Southern river otter and said the animal “has the most restricted distribution in the world, with only two populations”.

He also said chemical pollution and noise pollution, notably from boat engines ferrying tourists around and fishing boats, also affect the species as “these animals do not react well to the presence of humans”.

“They are competing for food and live in the same habitat as the Southern rive rotter, and furthermore, we are concerned that they could pass on diseases,” he said.

Scientists are deeply concerned about this situation, and an expedition called La Delgada Linea Azul (The Thin Blue Line), conducted by the Huillin Tierra de Fuego Project in cooperation with the Rewilding Argentina foundation, was launched to find out more about the presence of this species in Tierra del Fuego, and especially in the Mitre Peninsula.

The location was never explored before searching for this species despite the project running for over 15 years because it was difficult to reach the place.

This part of Patagonia is crucial, as it is believed to be a kind of biological corridor between the individuals living in the National Park of Tierra del Fuego and those in the nature reserve on the island of Isla de Los Estados. This allows both populations of the species to avoid isolation and this, in turn, leads to them having better genetic material.

Valenzuela explained that the Southern river otter is at the top of the food chain because it is an apex predator in the area, and it “maintains a numerical balance when it comes to the numerous prey it hunts in its natural habitat”.

He drew a direct comparison with the disappearance of California’s otters years ago and how this resulted in a dramatic increase in the numbers of hedgehogs in the American state. This, in turn, led to them eating a disproportionate quantity of plant life, and “when they had eaten all the food, the hedgehogs died out”.

He explained another crucial role in removing “nutrients from the sea and giving them back to the forest”, connecting the algae forests in the ocean to forests on land.

The experts hope that the fecal samples they collected during the expedition will also help them learn more about the diseases and the parasites species may face and their diet.

While on the first day of the expedition, they did not find any signs of life, over the following days, they detected the presence of the endangered otters in an area they had not been seen in before.

They have set up automatic cameras in locations where there was evidence of this animal’s presence to monitor their lifestyle and activity and their interactions with other species.

Valenzuela explained that these animals are very evasive and avoid human contact. They are typically solitary as sooner the female has given birth to a litter of pups. “The males leave their territory in search of females, and after they have mated, the females reject them, and they are the ones who take care of the offspring,” he said.

The expert also said that the species is also present in Chile. There are about 500 individuals in freshwaters, meaning there are only 700 freshwater Southern river otters known to be left in the wild. Simultaneously, the Chilean population that lives by the sea is currently unknown, having last been studied in the 1980s.

He said that salmon farming, in particular, poses a threat to the species and to the rest of the ecosystem because it pollutes a lot. This is not only due to the waste material the fish farms produce but also because of the number of antibiotics used.

The experts say that if Tierra del Fuego is not declared a fully protected area for this species, this could lead to the extinction of its marine population in Argentina.