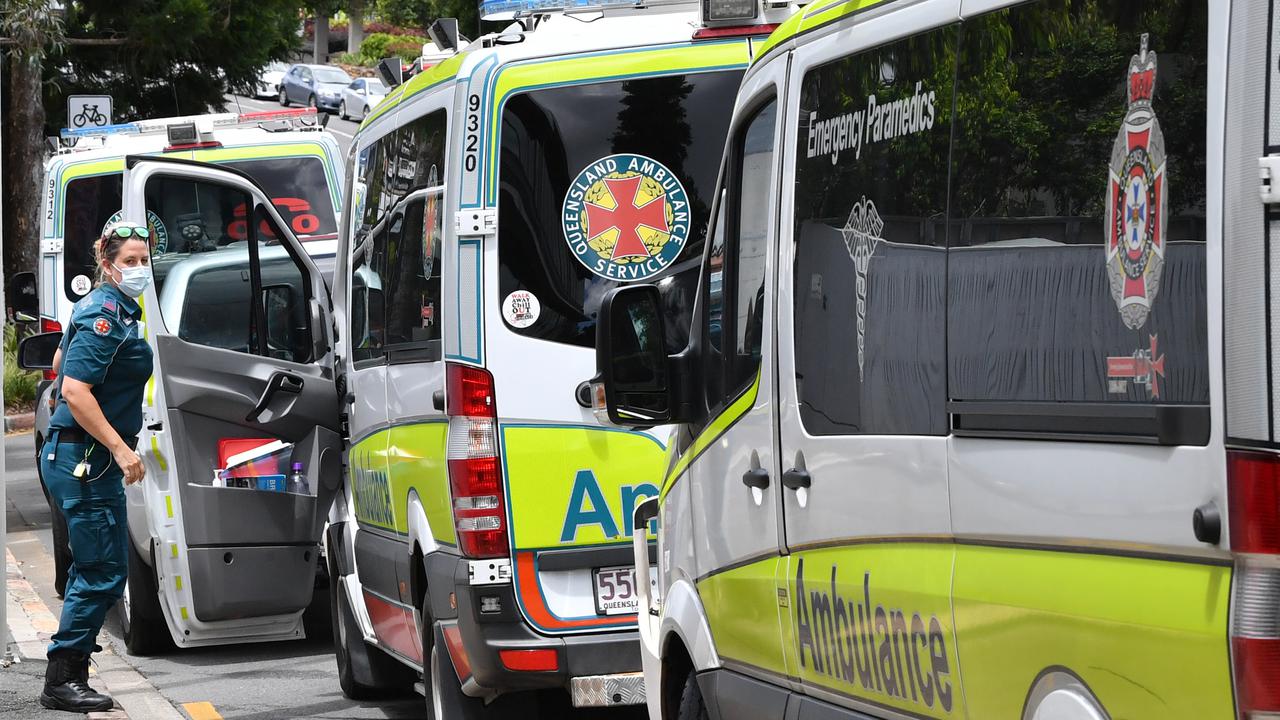 A Paramedic and a line up of Ambulances are seen at the Hotel Grand Chancellor in Brisbane, Wednesday, January 13, 2021. (AAP Image/Darren England)

BRISBANE CITY, Australia — Queensland’s opposition has called for real-time data on hospital operations to be available online amid a surge in ambulance ramping.

Surging demand for emergency department beds has led to an uptick in ramping, where patients are treated in ambulances on hospital driveways until beds become available.

More than 1.39 million people presented at hospital emergency departments between July 1, 2020, and January 31, 2021, an 11.6 percent increase over the previous period.

She has previously blamed an uptick in elective surgery and the number of patients who don’t require emergency treatment for the bed shortage.

Opposition Leader David Crisafulli says the best way to deal with the situation is by publishing real-time data on hospital performance online as the New South Wales government does.

He also called for the state government to end the practice of counting chairs in the tally of available beds.

“The opposition has released a plan for the live publication of emergency department and ambulance ramping data so Queenslanders can make informed choices about where to seek care in an emergency,” said Crisafulli to the parliament.

“Will the premier adopt our plan to deal with ramping.”

She said AUD 15 million ($11.4 billion) was being invested to create 130 more beds around the state and more paramedics would start work next month.

“I haven’t seen that (Liberal National Party) plan. I’ll look at that plan, but the answer will be no,” Palaszczuk told parliament.

D’Ath criticized the Liberal Party of Australia‘s proposal, calling it a press release with three or four dot points. The opposition should ask the Commonwealth to help with the situation.

The health minister said the Liberal Party of Australia’s MPs should call the federal government and ask for more funding for aged care, disabilities, mental health, hospitals, and hotel quarantine in Queensland.

“So we could take pressure off our system, and we can focus back on our hospitals, but we have had to go that alone,” D’Ath said.

“We’ve carried the burden on the hotel quarantine to keep Queenslanders safe.