Say they kept quiet during COVID-19 but are ramping up their rallies.
By Max Opray March 28, 2021
Facebook
Twitter
Linkedin
Email 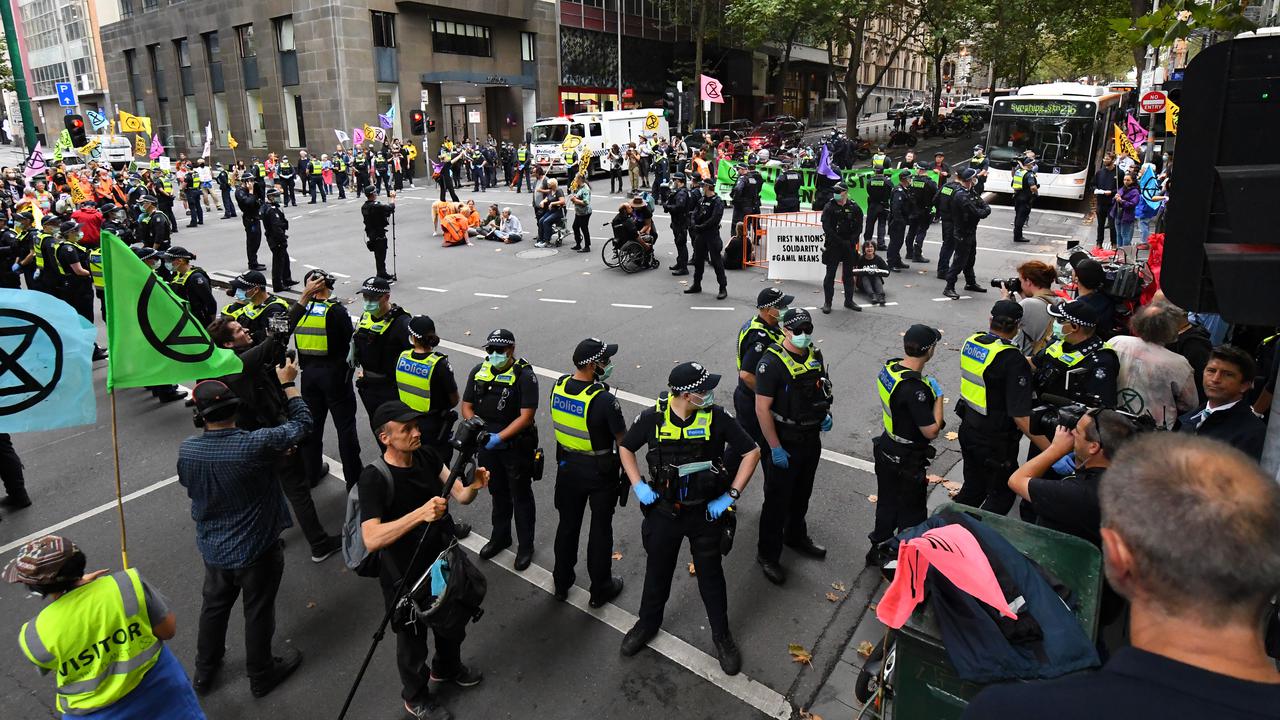 MELBOURNE, Australia — Protesters have chained themselves to machinery and buildings, blocked intersections with coffins and clashed with police in a series of rallies across Australia, which have caused peak-hour chaos.

At the top of Melbourne’s West Gate Bridge during Friday, March 26, morning rush-hour, a 17-year-old activist climbed a six-meter tripod until arrested by police.

Events have also been held in Perth and Adelaide, and while rain deterred similar action in New South Wales and Queensland during the past week, more protests are planned for Sydney and Brisbane next week.

So what’s it all about? After months of inaction throughout the height of the COVID-19 pandemic, Extinction Rebellion protesters this week tried to reassert their presence.

Thousands of climate activists clogged cities for an ‘autumn rebellion’.

“The relatively small amount of disruption Extinction Rebellion causes is nothing compared to what climate change not only will do but is already doing,” he said.

The group is calling for the federal government to set a target for net-zero emissions by 2025.

“The federal government hasn’t even signed on to net-zero by 2050, as many countries have,” Brooker said.

“All Australians have the right to protest peacefully, but the track record of groups like Extinction Rebellion is disgraceful,” a spokesperson for Taylor said.

“Australians have been appalled by what they have seen from these extremists.”

The spokesperson said Australia is supporting global emissions’ reduction with a “technology-led plan”.

“There is no solution — there is no net-zero — unless all countries play a role,” they added, citing collaborations with the U.K., U.S., Japan, and South Korea.

Those foreign partners are pushing to set targets of net zero emissions by 2050.

At Wednesday, March 24’s disco-themed rally in Adelaide, Trish Hammond said that she wanted to secure a future for her “four beautiful grandkids”.

Wearing pink glasses and a “dancing for our lives” sign fastened to flared silk pants, the 74-year-old said she “cries on the inside every day about the climate crisis”.

Passerby Franscisca Simone watched on as the activists danced through the streets.

“They are protesting for the climate, which is nice,” she said, before glancing at banked-up motorists honking their horns.

“But then again, I’m not stuck in my car getting angry.”

In Melbourne, hundreds of police were deployed to monitor activists, who gathered at various locations including a ‘mass die-in’ at News Corp’s Victorian headquarters on Thursday, March 25.

Dozens of activists were arrested in Perth across the week, where protests included a funeral march on Wednesday, March 24, in which streets were blocked with coffins.