Researchers are expecting more mosaics waiting to be discovered in the area. 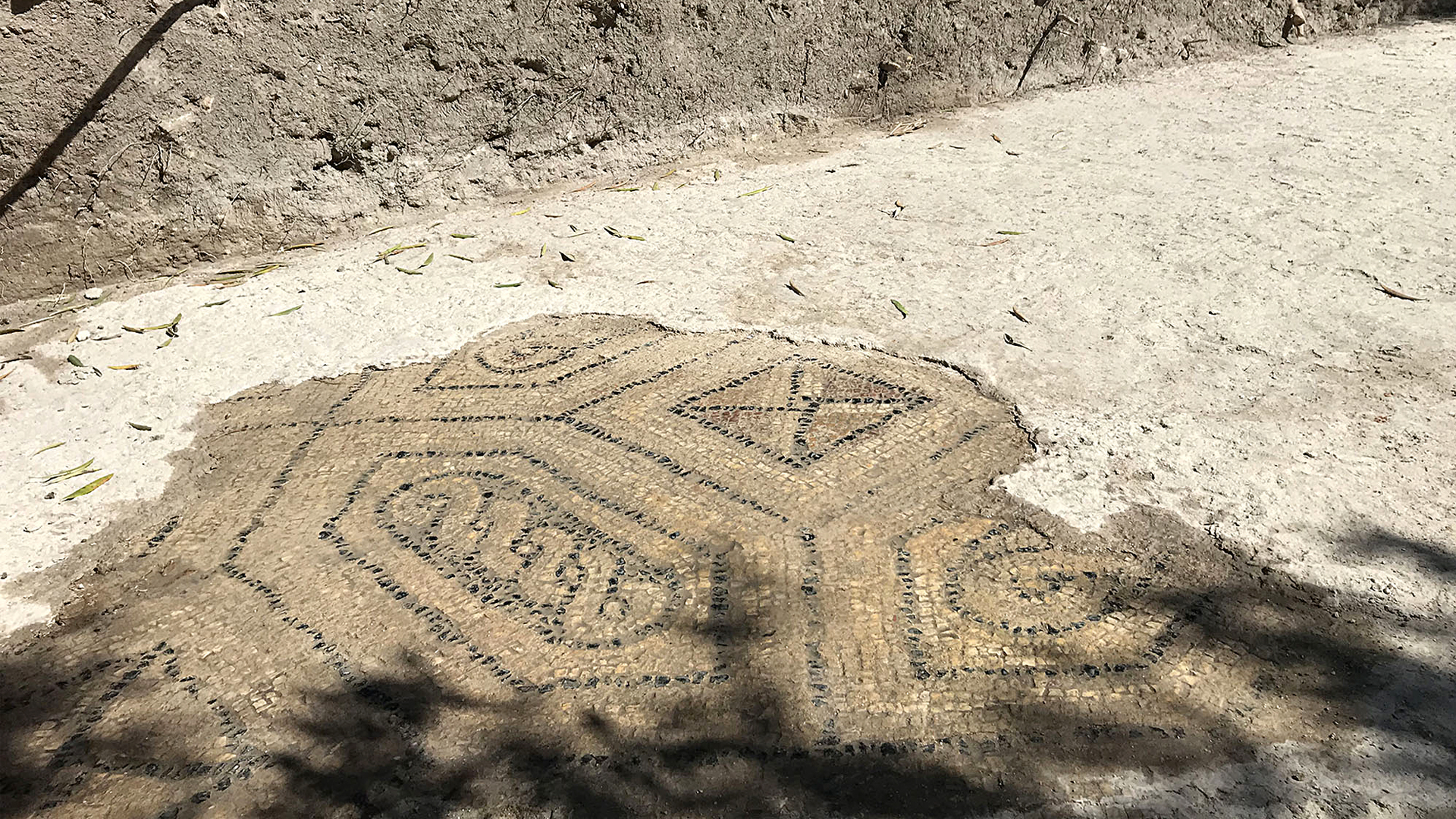 The Roman villa was discovered in the site of El Altillo in Jaen province of southern Spain. (Universidad Jaen/Real Press)

The villa boasts a huge mosaic measuring over 60 feet long.

The experts think that the villa probably belonged to a rich family that owned numerous farms, which is why they had enough capital to afford such a luxurious mosaic.

The excavations took place at the archeologic site of El Altillo, located in the municipality of Rus, in the southern Spanish province of Jaen, in the Andalusia region, after a few remains from the mosaic were unearthed.

Dr. Jose Luis Serrano Pena, co-director of the Villa El Altillo excavation project, along with Marcos Soto Civantos, decided to do a full-scale dig because the ancient remains were at risk of being destroyed by farmworkers in the area or of being stolen.

“The mosaic was of very good technical quality and that its creators had used excellent materials,” said Pena. As per Pena, 57, the geometrical motifs were a common theme in Roman times, and he is hopeful that there may be more mosaics waiting to be discovered in the area.

The dig is far from complete, with many parts of the villa yet to be unearthed, but their presence has been confirmed using geological radar equipment.

After obtaining the appropriate paperwork from the city council and the culture department of the regional government, a deeper excavation took place and the remains of the Roman villa were unearthed.

Among the remains found at the site, there is a large residential building with a massive mosaic with geometric motifs. The huge mosaic measures 9 meters wide and 18 meters long (30 feet wide and 60 feet long) and is believed to be one of the largest ever discovered in the south of the Spanish Peninsula.

The archeologists have also found the remains of various production facilities at the villa, such as a place where pottery and tiles were produced and an olive press where olive oil was made.

The whole villa is around 2,000 square meters (21,500 square feet) in size and with all of its dependencies included, the entire property is believed to be a few hectares in size.

Pena also said that the villa might have belonged to a wealthy family who had a lot of farming properties and that is why they had “enough investment capacity to afford luxury items like the mosaic”.

As per the press statement issued by Jaen University, they also discovered a necropolis during the dig.

Pena said that they had dug in the necropolis area and found people buried in graves with what appears to be an elaborate burial ritual, with the corpse orientated east to west, which expert says is an indication of their “Christianisation”.

He explained that the villa was built in the final centuries of the Roman Empire before the appearance of the Visigoths, at a time when Christianity emerged in Roman society “with great strength”.

The mayor of the nearby town of Rus, Manuel Hueso, said in the statement that it is important that the site is declared a Cultural Interest Good, so they can fund further digs at the site.