A worrying level of apathy about Australia’s gender pay gap means it might not close until 2047. 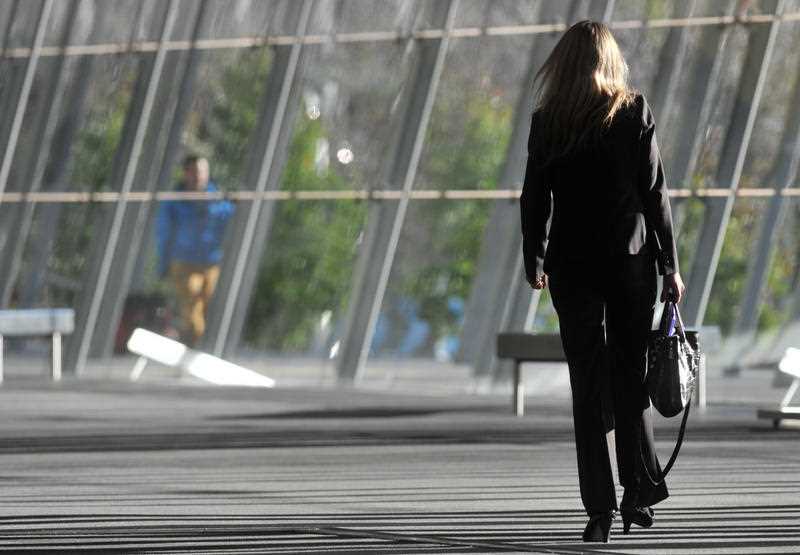 A business woman is seen walking through the Melbourne Exhibition Centre in Melbourne. (AAP Image/Julian Smith)

CANBERRA, Australia — Humans could walk on Mars before all Australian men and women earn the same money for the same work, a new report on the gender pay gap suggests.

Report author and Bankwest Curtin Economics Centre deputy director Rebecca Cassells says things are heading in the right direction on gender equality in the workplace. But if the average annual rate of change continues it will be a long time before the gap entirely closes.

Based on the rate of change over the past seven years, it will be 2047 before full pay parity for all workers in all industries, the report warns.

The news is slightly better news for women in executive positions. They’ll only have to wait about 10 years.

And women in senior managerial roles can hope to be on par with men in 13, says the report by the federal government’s Workplace Gender Equality Agency and the Bankwest Curtin Economics Centre.

But the big picture across all industries and job levels is far worse.

Without a dramatic increase in the rate of change, the pay gap won’t completely close for another 26 years. That’s roughly a decade after NASA’s stated ambition to land astronauts on the red planet.

Workplace Gender Equality Agency and the economics center have been tracking the gap for the past seven years.

In that time the total remuneration gender pay gap — which takes into account salaries and all the add-ons like superannuation, bonuses, and shift loadings — has fallen from 24.7 percent to 20.1 percent.

In simple terms, that means that Australian women now earn one-fifth less than men for the same work instead of a quarter less seven years ago.

The report found finance and insurance, utilities, and mining companies were most likely to be sticking to best practices achieving gender equity. The resources sector won the award for the most improved in recent years.

In contrast, businesses involved in health care and social assistance “are only a quarter as likely to adhere to best practice”, Cassells said. “Change isn’t hard to achieve.”

“It’s not rocket science. It can mean very simple things like conducting annual pay gap audits. The organizations who’ve made the most progress have done that,” Cassells said.

However, more than half of reporting organizations admitted they don’t bother with regular pay gap analysis.

“Expecting Australian women to wait a quarter of a century for the total remuneration gender pay gap to close is unacceptable,” she said. “It may well take longer if employer inertia and complacency lead to a reversal of current trends.”