The growling is called vocalization, which is a term used to refer to a complex of sounds that animals use to communicate.
By Tijana Milich March 28, 2021
Facebook
Twitter
Linkedin
Email 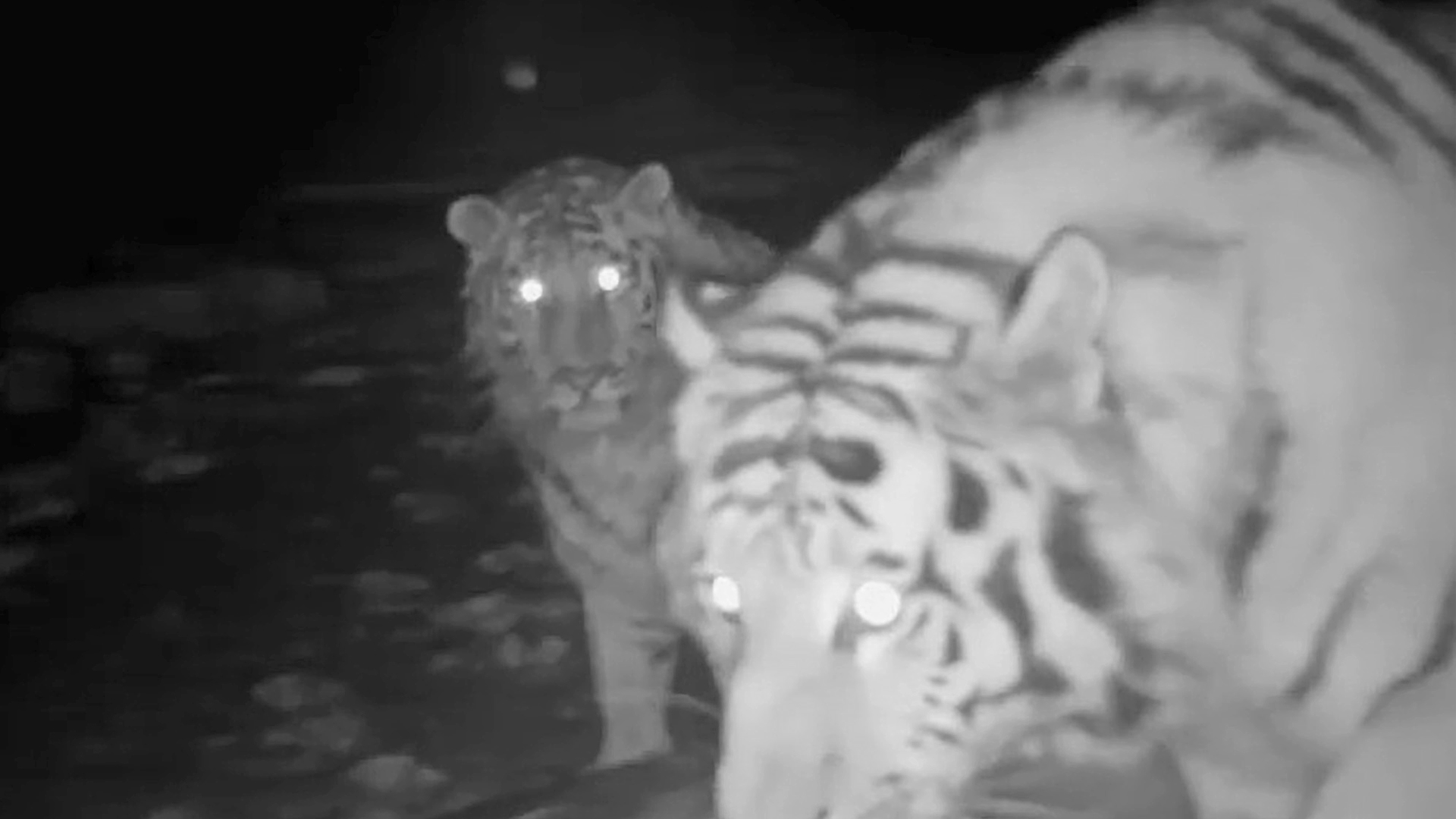 Female Amur tigress and her cub checking a camera trap at the Land of the Leopard National Park in Russia. (amurleo_land/Clipzilla)

PRIMORSKII, Russia — A female Amur tigress and her little cub recently provided some amazing up-close footage of themselves sniffling around a camera trap they discovered in their national park.

The clip was from the “Land of the Leopard” National Park, located in Russia’s federal subject of Primorsky Krai, and the park shared the footage on their Instagram page on March 24.

“Capturing the vocalization of the Amur tiger is a great success,” said the zoo officials, “Thirty-one adult Amur tigers have been recorded on Land of the Leopard. This is the highest tiger density among the specially protected natural areas in Russia.”

The national park was established to protect the Amur leopard, which was the world’s rarest cat, with an estimated population of 30 individuals. The park was formed with the merger of Kedrovaya Pad Nature Reserve, Barsovy Federal Wildlife Refuge, Borisovkoye Plateau Regional Wildlife Refuge, and a new territory along the border with China.

In the video, which had been titled “When mom calls home,” the female Amur tigress can be heard growling loudly as if she is calling out for her cub, which is seen roaming around in the background.

The curious wildcat then notices the hidden camera close-by, so she decides to give it a thorough check-up. She approaches the camera trap very close, sniffling and nudging the foreign object.

As per the National Park reports, the growling from the tigress in this video is a form of vocalization, a term used to refer to a multitude of sounds animals use to communicate.

The Amur tiger, also known as the Siberian tiger, is listed as endangered on The International Union for Conservation of Nature Red List of Threatened Species. About 500 Amur tigers are left in the wild, and about the same number kept in captivity worldwide.

It is a tiger from a specific population of the Panthera tigris Tigris subspecies native to the far easter regions of Russia, Northeast China, and possibly North Korea. It once ranged throughout the Korean Peninsula, north China, and eastern Mongolia. Today, this population inhabits mainly the Sikhote-Alin mountain region in southwest Primorye Province in the Russian Far East.

The short video attracted a swarm of comments from impressed animal lovers.

“How handsome, the child learns everything from his mother to communicate with the outside world!” said Instagram user ‘rezchikova216.’“Majestic!” added another user named ‘diamantova3’.

As per the reports, with fewer than 4,000 of these iconic animals in the wild today, tiger populations have been in a rapid decline over the past century. These already endangered big cats are being driven towards extinction, as demand for tiger products continues.

«Previous Post
Waves Of Dead Animals Washing Up In Australian State»Next Post
VIDEO: Scientists Battle To Save Critically Endangered Argie Otter With Only 250 Of The Species Left