Police levies $17,000-fine for a series of stunningly dangerous acts. 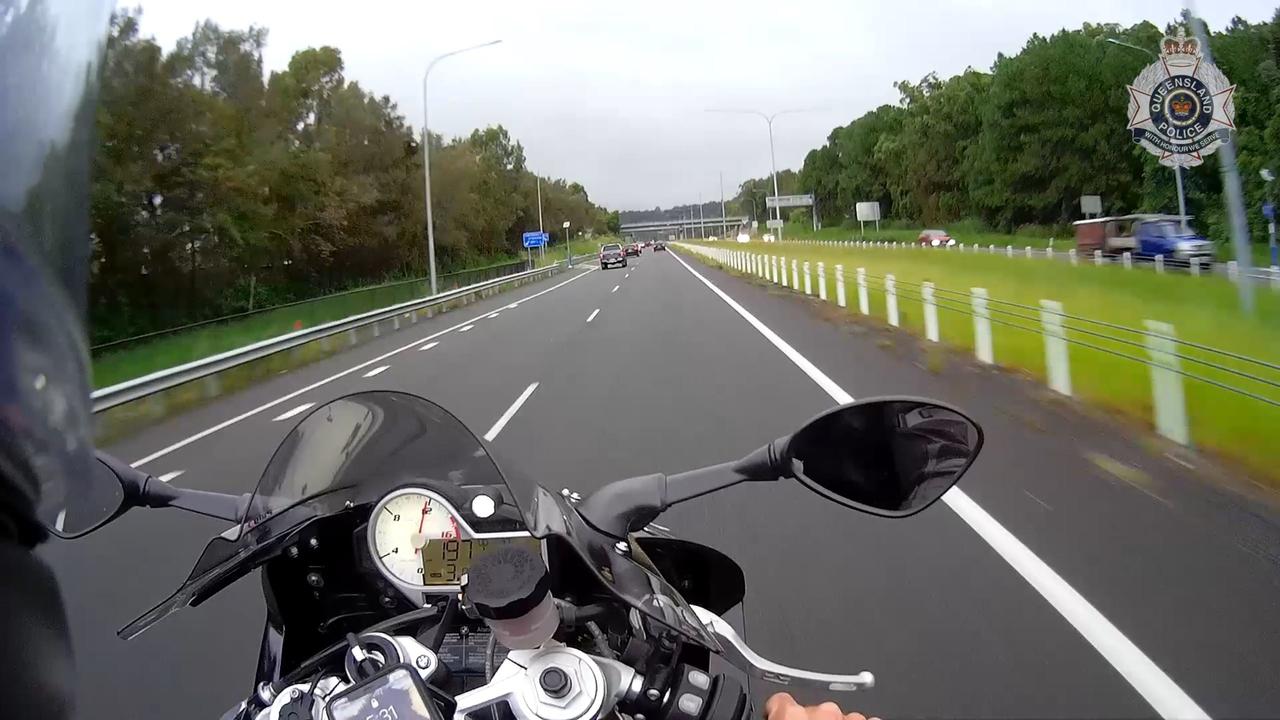 BRISBANE CITY, Australia — An Australian motorcyclist who filmed himself doing a wheelie at 200 kilometers-per-hour (124 miles-per-hour) while overtaking cars on a Queensland freeway was fined by cops for worth more than AUD 22,246 ($17,000).

Police who intercepted the rider on March 22, used footage from his helmet camera to prove what he had done. They also later found a drug crop at his home in Sunshine Coast, in southern Queensland, Australia.

He also filmed himself taking off and going through a red light, then performing a wheelie at 109 kilometers-per-hour (68 miles-per-hour) in a 60 zone.

Police seized his helmet camera when they intercepted the 27-year-old on his BMW motorcycle at Maroochydore on the Sunshine Coast, after days of heavy rain fell across the region.

They later raided his Pacific Paradise home and found a grow room for cannabis and eight mature plants.

In total, the man is facing 43 dangerous driving and riding offenses after police reviewed all the footage on his camera. He’s also facing drug charges and will appear in Maroochydore Magistrates Court on May 10.

His $17,500 in fines include 17 for speeding. Three of those are for exceeding the speed limit by more than 40km/h.

The man’s mind-boggling conduct came one day after a senior Queensland police officer said stupid motorists were “weaponizing” their vehicles by driving in ways that defied belief.

Acting Chief Superintendent Ray Rohweder said Queensland was on track for its worst death toll in decades, and he pleaded with road users to stop behaving like idiots and end the carnage.

“Whether it’s driving through flooded water, speeding, drink or drug driving, these are all decisions actively made by an individual,” he said. “It’s these decisions that can have a significant impact on your life and the lives of those that love you.

“If you want to make a bad decision on our roads, expect the police to be there anywhere at any time to stop you.”

As per reports from the Department of Infrastructure, Transport, Regional Development and Communications, in 2019 there were 1,195 road crash deaths. This is an increase of 5.3 percent from 2018. Against the National Road Safety Strategy 2011-2020 baseline of 1,427 deaths, the total in 2019 was a 16.3 percent reduction.

“Over the decade, the population increased by 15.1 percent with the strongest increase (20.8 percent) in Victoria.”

Two-thirds of road deaths occur in regional and remote areas, with one-third occurring in a major city area. These proportions have not changed over the decade.