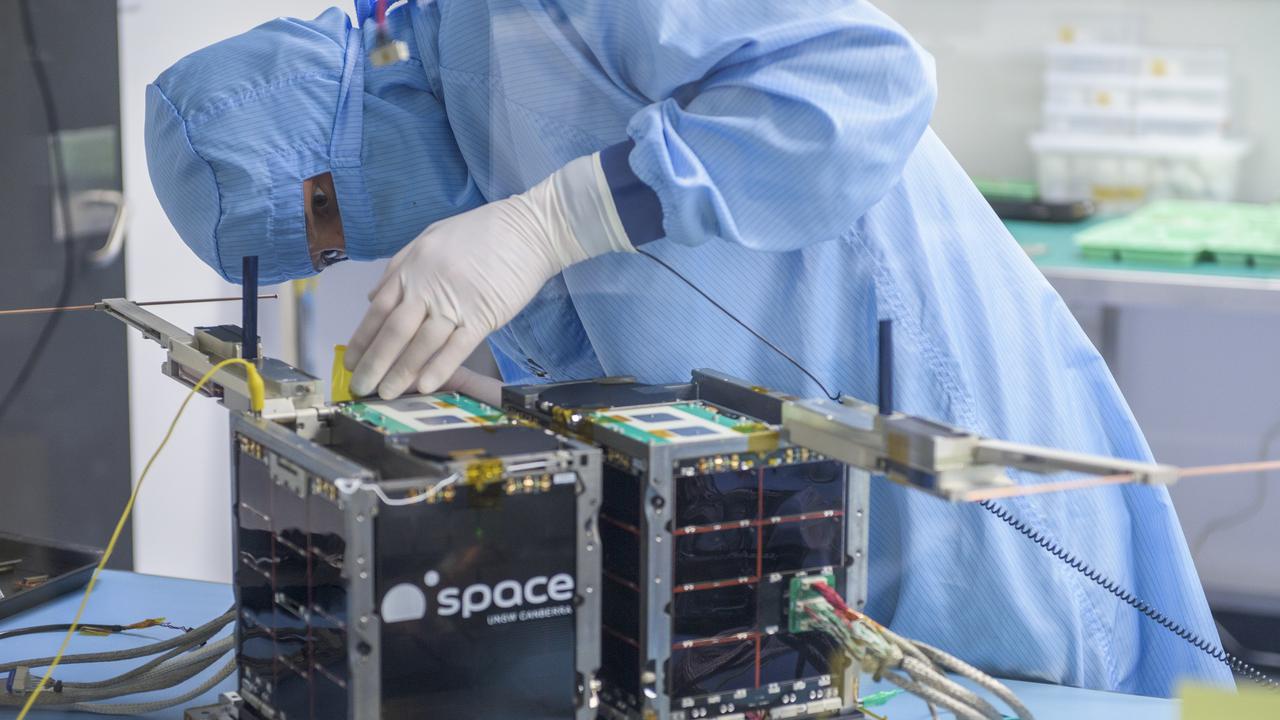 Space boffins are claiming an exciting Aussie breakthrough with the launch of satellites this week. (AAP Image)

CANBERRA, Australia — Australia is rapidly casting off its “freeloader” status in the collection of vital space data, with a rocket launch this week carrying one of the most complex small satellite programs ever attempted.

Aussie satellites blasted off from Rocket Lab’s facility in New Zealand and so far the mission is all systems go.

“It will enable both University of New South Wales and the Royal Australian Air Force to gain experience and capability in the development and operation of in-orbit space science and technology missions,” Boyce said.

The shoe-box size devices can split into two separate satellites and fly in sequence, enhancing the program’s flexibility.

The university’s Space Director Russell Boyce said the M2 mission was one of the most advanced CubeSat programs to be sent into space.

“As we depend on space infrastructure for resource management, secure communications, and data collection during extreme weather events and bush fires, building our sovereign space capabilities is critical for Australian security,” Boyce said.

“The two satellites will be able to communicate with each other, as well as ground stations back here on Earth, giving better quality data, with greater detail and less lag time, all fundamentally important for Australia’s defense,” she said.

The M2 mission was almost entirely designed and built in Australia, supported by optical telescopes developed by Aperture Optical Sciences in the U.S.

It is supported by a domestic supply chain of 30 companies.

The mission is also part of a wider foray into space by a growing number of Australian companies and research groups which has significantly advanced the nation’s space capabilities.

In the past, for access to information including weather forecasting and banking data Australia was forced to look to international satellites operated by other countries.

But perhaps worse than that, Australia was receiving a significant amount of data for free and as per Boyce “that was causing some discomfort”.

“We were starting to be seen freeloaders in the international community,” he said.

“What we’re doing with this mission and what the government is doing in general at the moment is trying to take significant steps towards Australia making a healthy contribution to in-orbit space technology.

“We won’t be able to provide everything we need, but it’s time we are started doing some heavy lifting.”

Australia’s growing presence in space has been enhanced by the development of the CubeSat or miniature satellite technology which has reduced the cost.

“It’s been true disruptive technology because it’s lowered the barrier to entry for many players who couldn’t get into the game before,” Boyce said.

“That has enabled many organizations around the world to start playing in space, Australia included.”

Given its size, the technology has some limitations but is seen as an “excellent way to get your hands dirty in flying space missions”.

Among the M2’s limitations are its finite life span, estimated at five to 10 years, with the satellites eventually spiraling back into the atmosphere and burning up.

They could also fall foul of the space environment with cosmic rays disrupting the electronic systems, while collisions with space debris are a less-common but ever-present danger.

Boyce said so far there were no such issues with officials on the ground already communicating successfully with the satellites and starting to commission their various systems.

The mission is due to continue for many months.

“So far there has been a lot of success. Even getting to the launch pad is a success,” he said.

“It’s going to take us the rest of this year but even longer to declare full success, but we’re already a long way there.”