Friends only found her by following her tracks off piste.
By Andreea Tabarcea March 27, 2021
Facebook
Twitter
Linkedin
Email 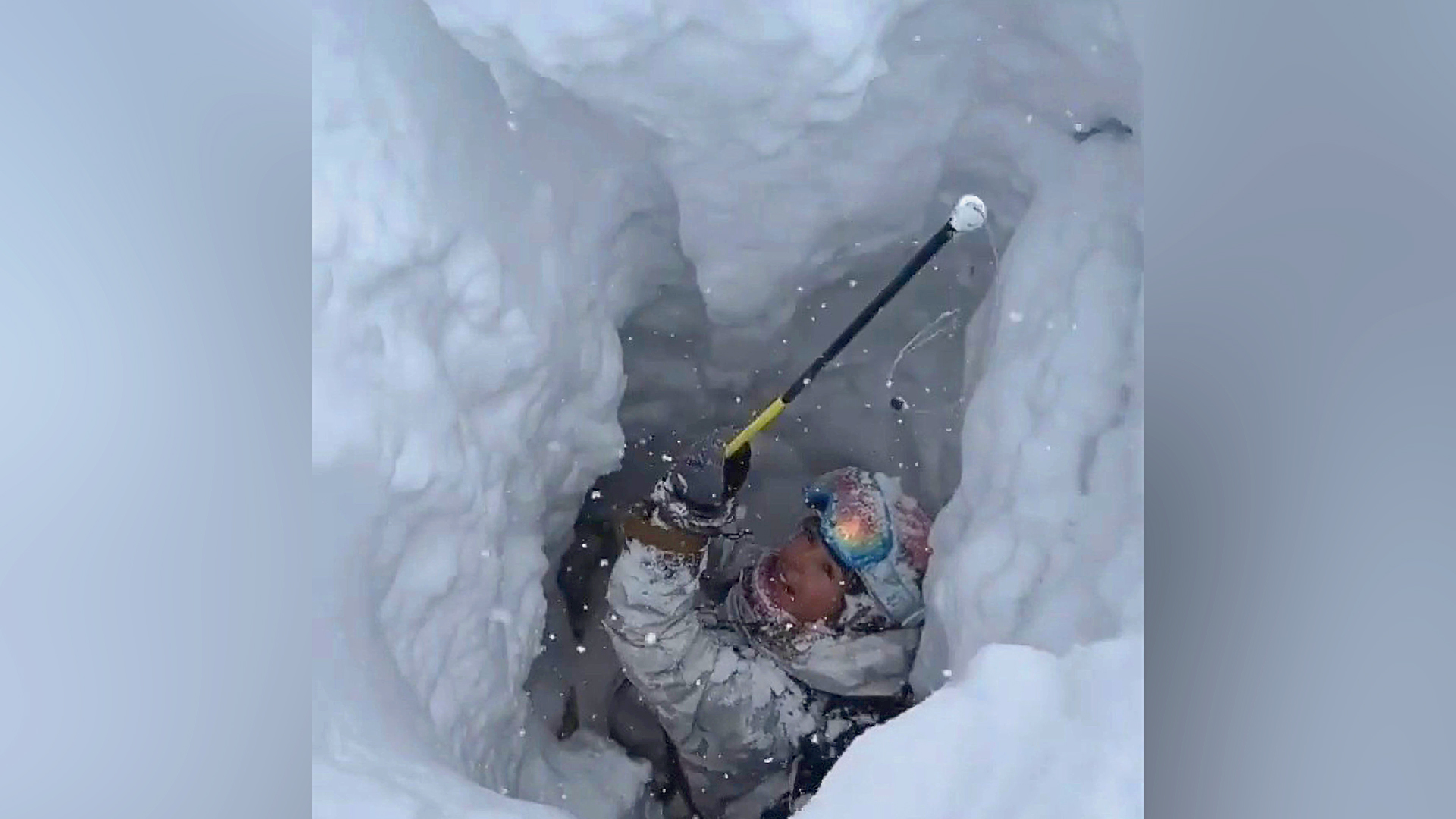 Olga Krylova sank in a deep hole into the fresh snow at the Rosa Khutor ski resort. (olga_flambee/Newsflash)

SOCHI, Russia — A female snowboarder was terrified when she sank 2.5 meters down a hole into the snow after accidentally deviating off-piste and realizing nobody could hear her screaming for help.

The incident took place at the Rosa Khutor ski resort in the Russian city of Sochi on March 19.

Olga Krylova, 32, said she is a design engineer with a great passion for mountain sports. She could not contain her relief when her friends found her after the accident during an adrenaline-filled snowboarding trip.

She was snowboarding down the marked route when she deviated from the piste and was then swallowed by a deep hole in the fresh snow.

Krylova said she was very scared when she found herself 2.5 meters into deep snow. When she screamed for help, she soon realized nobody could hear her due to the small sound-isolated snow hole she was in.

She said she initially sank into the snow to her waist. To her horror, when she tried to get out, she suddenly went even further down into the snow and was then unable to move.

“It was scary, the snow was falling, and it seemed to completely cover me! I screamed, but as it turned out later, no one could hear me… when I stopped struggling in the snow and looked up and saw the sky, I calmed down a bit, but I was still sinking further, and I was afraid to move,” she said.

However, Krylova’s friends realized she had suddenly gone missing and managed to backtrack to find where she had left the route. They then located her and were able to pull her out safely.The ethnic groups living north of the Arctic Polar Circle have used skiing for transportation for millennia. The first evidence of skis is found in cave engravings that date back to 8000 BC in Dundebulake in Altay City, Xinjiang, China.

“The rock drawings are of hunter skiers, some with one pole,” said a study named ‘Epidemiological Studies on Long Distance Cross-Country Skiers’. “The Altay declaration stated in 2005 that Altay is the birthplace of origin of skiing. In northern Norway, petroglyphs were engraved in rocks about 4500 years ago. Old preserved Swedish skis have been found in different places; In Kalvträsk were two skis and one pole from 3 400 BC found 1924 in a wet area.”

In the arctic area, skis were used in hunting, herding, and foraging during the long, freezing winters. Written references to skiing date from the 6th century when a Gothic monk, Jordanes, and a Byzantine historian, Procopius, mentioned gliding Finns.

“In 1168, Saxo Grammaticus described ‘slippery boards’ used in fighting,” states the study. “In the mid-1500s, Olaus Magnus, a Swedish archbishop, wrote about the high speed that inhabitants in northern Norway used on planks with a bow-like front fixed on their feet.”

«Previous Post
VIDEO: Puppy Fat: Roly-Poly Raccoon Put On Diet After Getting A Taste For Dog Food»Next Post
VIDEO: Polar Scare: Hungry Bear Frightened Off With Gunfire As It Heads For Children’s Playground